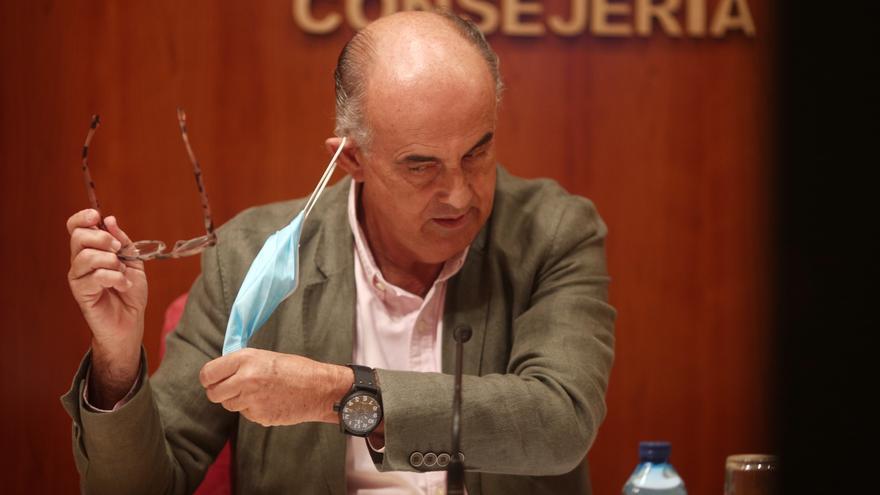 The Community of Madrid decrees new closures in six new basic health zones in the region, in addition to the 35 areas that already had restrictions. The measures will come into force next Monday and in these areas unjustified entries and exits are limited. In addition, the regional government maintains the curfew from 00 hours to 6 hours beyond November 9, as reported by the Deputy Minister of Public Health, Antonio Zapatero. These measures are in addition to the perimeter closure of the entire region for the bridge that came into effect this Friday at 00:00 and will last until Tuesday, November 10, at 00:00. During those days you will not be able to enter or leave the region, except for displacements that are adequately justified.

The new confined municipalities are Chinchón and Villaconejos, from the basic area of ​​Colmenar de Oreja; San Martín de Valdeiglesias and Pelayos de la Presa, from the basic area of ​​San Martín de Valdeiglesias; the municipalities of Moralzarzal, Alpedrete and Galapagar; and the basic areas of Sierra de Guadarrama and Collado Villalba Estación, in the municipality of Collado Villalba, which is completely confined on the perimeter. The Director of Public Health, Elena Andradas, has specified that these basic areas register a cumulative incidence over 14 days of more than 500 cases per 100,000 inhabitants and that they do not show a downward trend.

The Community of Madrid also maintains two more weeks the restrictions in the 32 areas that were closed on October 26. “In all of them there has been a decrease in the accumulated incidence, but not in the proportion that we set ourselves,” Andradas explained, at the press conference with Antonio Zapatero.

These are: in the city of Madrid: Núñez Morgado in the district of Chamartín; Guzmán el Bueno in the Chamberí district; San Andrés, San Cristóbal and el Espinilleras, from the Villaverde district; Entrevías, Peña Prieta, Pozo del Tío Raimundo, Alcalá de Guadaira, Rafael Alberti and Numancia, in the Puente de Vallecas district; Daroca, in Ciudad Lineal; Vinatero, Torito, Habones and Vandellós, in the district of Moratalaz; Puerta del Ángel, in Latina; Virgen de Begoña, from the district of Fuencarral and Mercedes y Villamil, in Tetuán.

The restrictions in the affected areas are also maintained for another week: Valle de la Oliva in Majadahonda, and Barrio del Puerto and Doctor Tamames in the municipality of Coslada.

Entry and exit is restricted from Monday in these new areas communicated this Friday by the Ministry of Health, although the movement of residents within these territorial areas will be allowed provided that individual and collective protection measures are respected: that is, , the use of masks and the safety distance of one and a half meters.

Citizens will also be able to leave the perimeter for trips that have a justification such as health care, compliance with work obligations, attendance at teaching and educational centers, return to habitual residence, caring for the elderly and dependent, disabled or vulnerable. It is also allowed to leave this health section to travel to financial institutions, attend urgent citations in judicial bodies, renew official permits, appear for official examinations that cannot be postponed or argue reasons of greater cause, as well as a situation of need.

Regarding places of worship, the capacity may not exceed one third. In the wakes a maximum of 15 people may be in outdoor spaces and 10 people in the case of being closed places. In these areas, the capacity and hours of activity are maintained as in the rest of the region: hospitality industry closes at 00 hours and the prohibition of people from meeting in the public and private sphere from midnight to six in the morning. One of the most controversial measures is the temporary suspension of the activity of the playgrounds for public use.