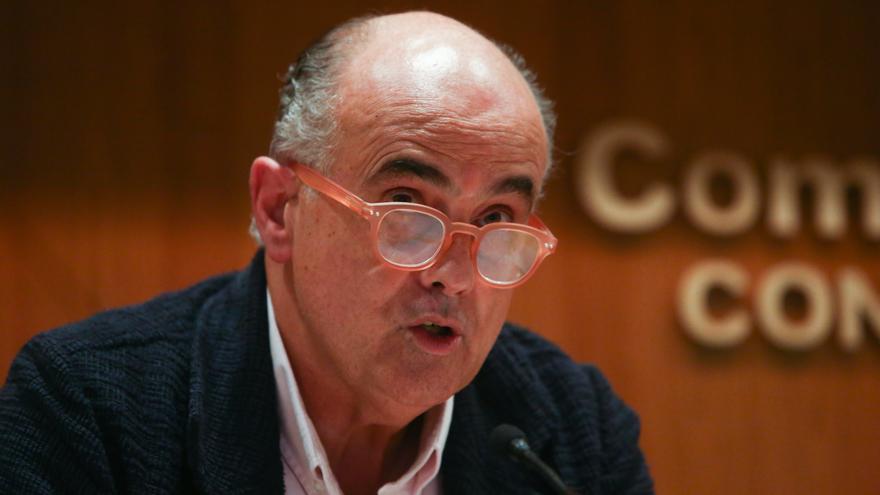 The Community of Madrid touches a thousand cases per 100,000 inhabitants in 14 days. The accumulated incidence already stands in the entire region in 970 cases, but the regional government assures that we are in a “slowdown of infections”. This was stated this Friday by the Deputy Minister of Public Health and the Covid-19 plan, Antonio Zapatero, who has affirmed that a “change in trend” is taking place. “I insist with the utmost caution, but everything indicates that we could begin to lower the level of cases, they will continue to be many, they will continue to be thousands, but we believe the number will decrease progressively,” pointed out Zapatero. The deputy counselor has warned, however, that although infections decrease, hospital pressure “will continue to be very high.”

Despite the increase in infections and the collapse of health, the regional administration will only extend the mobility restrictions due to the coronavirus in another 19 basic health zones (ZBS) and five localities as of Monday. In addition, as of that same day – February 1 – it will lift the limitations in four areas, so that from Monday there will be restrictions to enter and exit 71 basic areas and 30 urban centers of small towns. The curfew is maintained at 10 p.m., hotels and shops close at 9 p.m. and a ban on meeting at homes. More than 1.8 million people from Madrid live in these areas, 27% of the population in the region, and 32% of the cases of infections are concentrated in these areas, as explained by the general director of Public Health, Elena Andradas .

The president of the Community of Madrid, Isabel Díaz Ayuso, had already warned this week that she would not take additional measures to those in force – curfew at 10 pm, closure of hotels and shops at 9 pm and prohibition of meeting at homes – despite the increase in cases, hospitalizations and the accumulated incidence that already stands at 970 cases per 100,000 inhabitants at 14 days. These measures have already generated a schism in the regional government, due to the Ayuso residence to further restrict the hotel business. Now, the Madrid president considers that she has reached “the limit” of what they consider “necessary” within their powers to face the third wave. The leader of the PP leaves it in the hands of the Pedro Sánchez government to adopt new measures.

The general director of Public Health has explained that due to the epidemiological situation, the restrictions are maintained with the following criteria: threshold above 1,000 cases, observation of community transmission and a significant growing trend.

Andradas has reported that the limitations are lifted due to its good epidemiological evolution in Alameda de Osuna, in the Barajas district; Benita de Ávila, in Hortaleza; Las Tablas, in Fuencarral-El Pardo, all in Madrid capital; and Las Matas in Las Rozas.

In Alcorcón, follow those of La Ribota, Ramón y Cajal, Doctor Laín Entralgo and Doctor Trueta. In Getafe the restrictions are maintained in Getafe North and The Cities; in Aranjuez, those of Las Olivas and Aranjuez; in San Fernando de Henares the areas of San Fernando and Los Alperchines; and, likewise, the Torrelodones area is maintained, which includes the municipalities of Torrelodones and Hoyo de Manzanares.

In these population centers you can only enter and leave for justified reasons, and citizens can move on public roads within the perimeters of the affected area. The Ministry of Health reiterates the request to the Government Delegation to deploy a police presence and actively collaborate in the monitoring and control of compliance with the limitations through the Security Forces and Bodies.