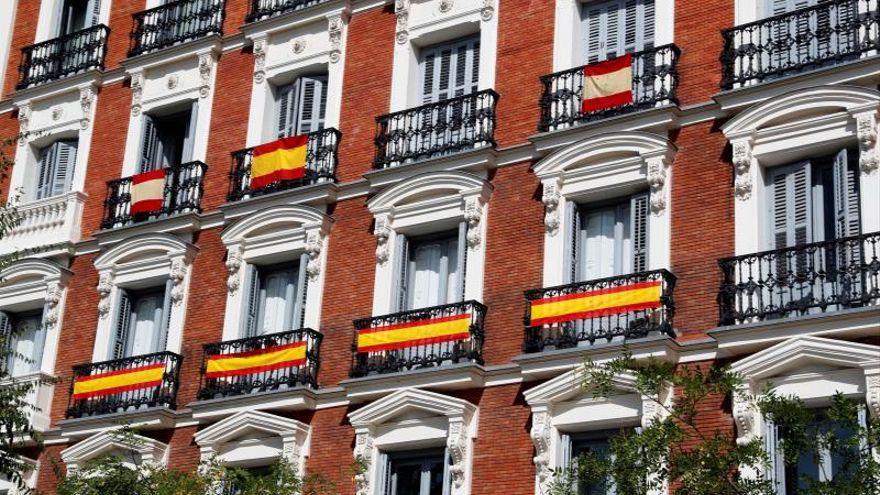 The Madrid City Council has allocated a grant of 12,750 euros so that a resident of the capital who wishes can renew the national flag that is placed on their balcony or window and collect the withdrawals to form an exhibition project.

The initiative was presented by the individual Mario Gutiérrez to the call for Aid for Contemporary Creation and Mobility 2019, according to municipal sources have transferred to Europa Press.

This grant was approved by the Assessment Commission with 80 points (40 for cultural interest, 15 sociocultural interest, 15 viability and dissemination of the project and 10 for trajectory) after verifying that the applicant provided supporting documentation of compliance with the requirements to obtain it.

It is an initiative called ‘Flag to Flag’ and it can be requested via email to the address [email protected] to renew the national flag. The objective is to collect some 150 flags in poor condition and prepare an exhibition project.

“We have a clear vocation to beautify the deteriorated image of Spain and recover its splendor both internationally and nationally for the national pride,” the request said.

Gutiérrez proposed this initiative as “a proposal for research, development and implementation in private and public spaces of a common element, the flag of Spain.” An artistic action is proposed that ends with a work already prepared for a future exhibition.

He called the state of these flags “regrettable”, both in the private sphere such as balconies and gardens of properties, and in the public sphere. “Discolored, corroded, broken, damaged, giving an image of Spain that is quite pejorative,” he continued.

“In the project that I propose for this scholarship, I want to give visibility to our political reality, to that structure that needs to be revised, that is crumbling, using the symbol of the flag,” he adds. In addition, it made reference to the “various failed attempts to reinforce the unity of Spain, the Symbol and even the Anthem (as Marta Sánchez recently did) made in the past.”