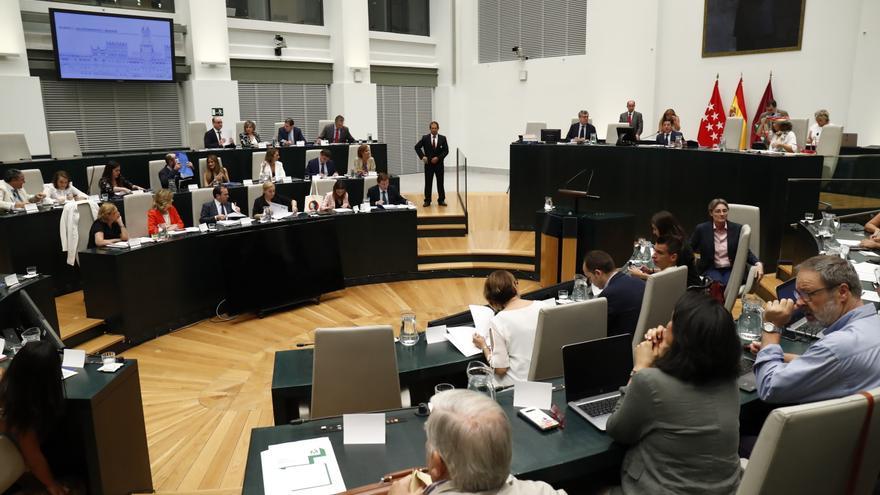 In this unpredictable and tragic 2020 that we have just dismissed, Más Madrid has managed to consolidate itself as the main opposition force to the PP in the Community and in the Madrid City Council and renew two strong leaderships, placing Rita Maestre and Mónica García at the head of the project. We have also strengthened collaboration with the more than 800 social organizations that have participated in the realization of the proposals that we transfer to the Reconstruction Pacts. And the presence on the street has been strengthened, glued to the ground together with citizens who suffer the effects of the health and social crisis of the pandemic, aggravated by the deterioration of essential public services, the food emergency of many families, the situation of the nursing homes, the environmental decline of the city and the absence of effective measures in the most vulnerable districts.

The prospect of a new electoral appointment, already on the horizon, prompts us to launch a call to the citizens of Madrid, to build a government agenda and a city plan. An initiative that broadens the progressive space and does not reduce it. The future and prosperity of Madrid call for a new sufficiently durable cycle of reforms and public policies, aimed at reducing social inequality, providing future opportunities for new generations and aimed at the ecological transformation of the city and region model.

But things do not happen by responding to rhetorical appeals or by wanting them to happen, even if they are necessary. It is necessary an effective and cohesive organization aware of its objectives, attractive measures that arouse majority support, a defined roadmap and alliances in society that make the changes we propose possible.

It is a locally-based strategy, different from the reorganization of the space that the United Left has historically been occupying and the electoral confluence of all sectors to the left of the PSOE. In politics, the additions do not always multiply as has once been said, but sometimes subtract. The United We Can coalition of 2016 represented a setback in global terms of more than one million votes and the blurring of pre-existing identities, without either one thing or another recovering. The results of the confluences in the autonomous regions of Galicia and Euskadi and the predictions of the polls for Catalan elections show important shortcomings and difficulties in this field.

What we are called to do is to mobilize the progressive sectors, without demotivating anyone or renouncing the identity of each one. In this sense, the electoral fragmentation of the right with the emergence of VOX, far from being a burden, was a determining factor in its victory in the previous local elections. The General Budgets have been approved thanks to a diverse amalgam of 11 parties, which gather a clear majority in the Congress of Deputies. Plurality adds again and not subtracts, because diversity is not necessarily synonymous with division and, much less, with defeat.

The progressive electorate is heterogeneous, as shown by the different profiles that the post-election studies of the CIS show. Analyzing the voters of the PSOE and United We Can in 2016 and those of Más Madrid in 2019, it is observed that the profiles of their respective electorates vary in their ideological position, age, level of studies, their degree of feminization, the level of income and its ability to attract abstentionists, new voters or moderate voters. All and all are necessary.

Our electoral system in the case of local elections is highly proportional, with five percent of the votes being sufficient to achieve representation. The concurrence of a plurality of alternatives is preferable that allows establishing, from the autonomy of each one of them, post-electoral majorities with the capacity to agree on a government program. To do this, we must shake the stagnant waters in which Madrid’s politics have been moving in recent decades. The post-election scenario of 2023 is unsuspected.Who imagined that Ada Colau would manage to retain the Mayor’s Office of Barcelona with a lower percentage of votes than Manuela Carmena, thanks to the support of Cs?

The irruption of Compromís as a government force in the main Valencian institutions has been fundamental to reverse the dynamics that seemed endless of PP governments, marked as in Madrid by corruption and inefficiency. I am convinced that Más Madrid will attend the 2023 elections as a Madrid alternative to the government, promoting citizen candidacies without quotas from parties and factions, elected in democratic consultations and with a program built collaboratively with social organizations and citizens who are involved in a call open to all to win Madrid in 2023. An autonomous, regional, municipalist progressive proposal, aimed at a broad social, environmental, feminist and solidarity base, which will give continuity to the variant opened by Now Madrid in 2015 and arranged to compete for hegemony in the space of progress. Things clear.