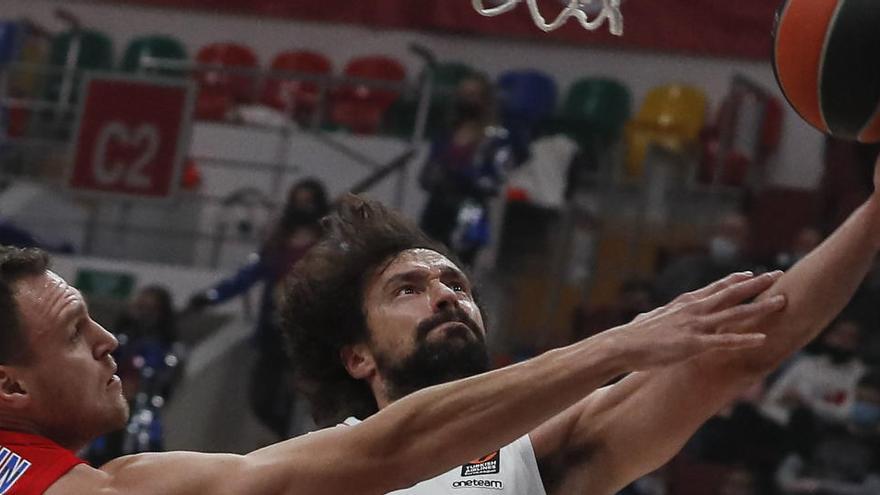 The post-Campazzo era started with defeat and they go thirteen in a row in Moscow. CSKA defeated in the last seconds a Real Madrid (74-73), who wasted a unbeatable opportunity to end the curse of the Russian capital.

Madrid dominated in the first half and never lost face to the game in the fourth quarter, when Mike James started scoring like a submachine gun (28 points). It had to be the American with an impossible triple from the corner who broke the resistance of Pablo Laso’s team at the last gasp. However, there is life after the departure of Argentine Facundo Campazzo. Madrid has a team to aspire to everything.

The party had crumbs. The first match without Campazzo and in a snowy Moscow, where the white team had not won since 2008, when the technician was Joan Plaza. Initially, a message from Laso for the rest of the season. Another Argentine, Laprovittola, left the starting point guard and Tavares started on the bench.

Madrid started cold to the rhythm of your GM. He did not score until Thompkins’ triple at three minutes, but at five minutes Laso’s disciples had already taken the lead (8-9). Of course, they found no antidote against a very successful Shengelia, who scored nine points in the first quarter, including a triple. As the minutes passed, Randolph and Deck were intoned, but it was thanks to a triplazo from Thompkins that Madrid closed the first ten minutes with an advantage on the scoreboard (17-20).

The second quarter could not have started better. Llull and Randolph triples. And more good news, the American Clyburn was down and the best scorer of the premises, Mike James, was barely coming into play (17-26). The Madrid team was filming. The suffocating defense drowned the locals. Llull’s triple and maximum advantage at the equator. (25-36). Next, Laso called for a time-out after a couple of inaccuracies. From there, incomprehensibly Madrid got stuck in attack.

The shot of three brought dividends to the Russians. Llull and Alocén no longer found a hole. To top it off Carroll did doubles. Tavares, who had failed before, ended the bleeding with a dunk in true NBA style. Minimum advantage at rest. (35-38). The match was equalized. An unstoppable Shengelia put the fearsome Russian Army team ahead after a long time (41-40).

The Madrid held the guy, although an inconsistent Randolph missed several easy baskets and Laprovittola still did not see a rim. The Russians were beginning to feel comfortable. Mike James was starting to score impossible baskets. Madrid responded. Llull entered, Abalde was finally able to score from the triple, Carroll premiered and a huge Tavares began to enforce his law in both areas. The third quarter ended with a slight local advantage (58-55).

A great play by Llull with a perfect alley-oop for Tavares He put Madrid ahead again (60-61) at the beginning of the fourth quarter. The Mallorcan wild boar and James exchanged triples. The party had no owner, although it had a good candidate, the little American, who took over and scored in all colors (24 points).

Madrid was four points behind in the absence of less than three minutes (70-66). A unsportsmanlike on Deck in a counterattack started by Llull, he got Madrid into the game. But in the final minutes Llull, who missed two crucial free throws, and his teammates, who missed from the outside, seemed hell-bent on missing an unbeatable chance to take Moscow.

Thompkins’ nerves did not fail. He faked the defender and then scored three with a huge class. Madrid took the lead with 24 seconds left (70-71). All eyes on James. Triple failed, Deck hit the ball and the Russians got a second chance. They did not waste it. The American scored from the corner with a defender on top. The Moscow curse of Real Madrid lasts for another year.

Incidents: match corresponding to the eleventh day of the regular phase of the Euroleague from basketball contested in the Megasport pavilion before just over three thousand spectators.