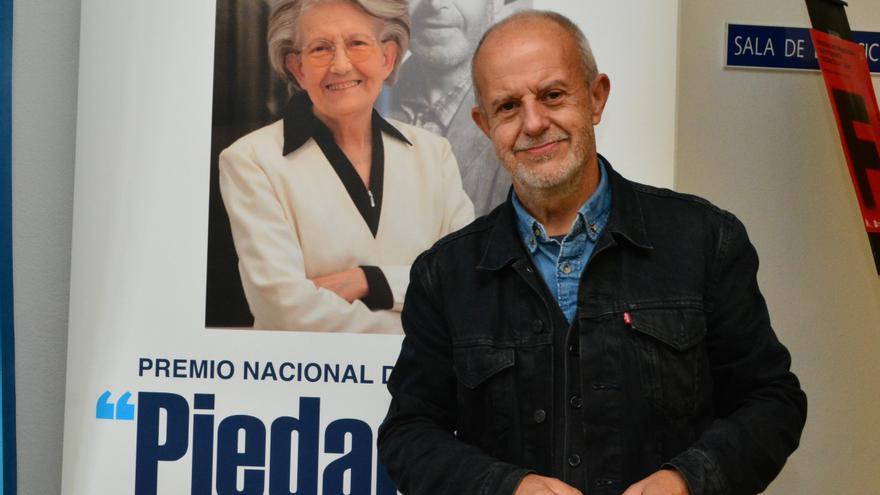 Palencia, May 11 (EFE) .- The Madrid photographer José Manuel Navia has collected this Tuesday the XI National Prize for Photography Piedad, recognizing in the work of the photographer from Palencia “an example” of the great values ​​of Photography, humility, closeness and the ability to keep what is worthwhile.

The president of the Palencia Provincial Council, Ángeles Armisén, and the deputy for Culture, Carolina Valbuena, have proceeded to the delivery of the award, which was postponed last November due to the pandemic, and which was held this Tuesday at the Center Provincial Cultural.

“In a way, today the very emotional circle closes for me,” said the photographer, who reported, during his speech, that his latest exhibition ‘Alma y tierra’ starts in the Palentina Mountain, “the land of Piedad Isla” , who was also Aderito’s second cousin, one of the faces that he collects in his snapshots.

“It is a very endearing and much-loved award within the profession,” acknowledged the photographer born in Madrid in 1957, because it is convened in memory of a photographer who was a pioneer and who also worked in rural areas and in such an environment. hard on a day-to-day basis as is the Palentina Mountain.

“Piedad’s work shows us one of the great values ​​of photography, its ability to preserve what is worthwhile,” he added in statements to journalists, assuring that Piedad Isla’s work is “an example” for him and that feels “very close”.

De Piedad Isla has highlighted “his way of photographing” people in the villages, offering a public service that also served him to capture images that have great documentary value without neglecting the plastic elements that make an image not a mere memory but transcends.

“For me photography is an essentially humble medium, and that apparent humility is where its greatness resides and that Pilar understood very well,” he explained.

José Manuel Navia has recognized that his life revolves around photography and that his objective has always been “to reflect the close world that surrounds him, traveling to the world of his ancestors”.

Navia has turned to the American photographer Diane Arbus to explain how photography feels, ensuring that it is like when grandmothers make jam so that the fruit is not lost.

“I think it is about leaving something in the world and leaving it through images,” he added, underlining the ability of photography to “directly appeal to the senses” because it is “a language that has no words.”

His own explore territories and people linked in one way or another to their culture, and his career has deserved the 11th Piedad Isla Prize, endowed with 6,000 euros, which joins him today with the great Spanish photographers such as Cristina García Rodero), Ramón Masats , Ouka Leele, Isabel Steva Hernández, Colita, Chema Madoz, Marisa Flórez, Juan Manuel Castro Prieto, Tino Soriano, Juan Manuel Díaz Burgos and Josep María Ribas i Proust.

The president of the Provincial Council, Ángeles Armisén, has presented him with the award and has recognized his “magnificent” career, assuring that “his commitment to photography has a lot to do with the work of Piedad Isla” because it recognizes the rural environment and to the “reflection of what we have been and what we are”.

Armisén has taken the opportunity to affirm that Piedad Isla, whose work can currently be seen in an exhibition in the Patio Herreriano in Valladolid, “is more present than ever” for being a pioneer in her artistic discipline and for her social and territorial commitment in the Palentina Mountain and with the rural environment.