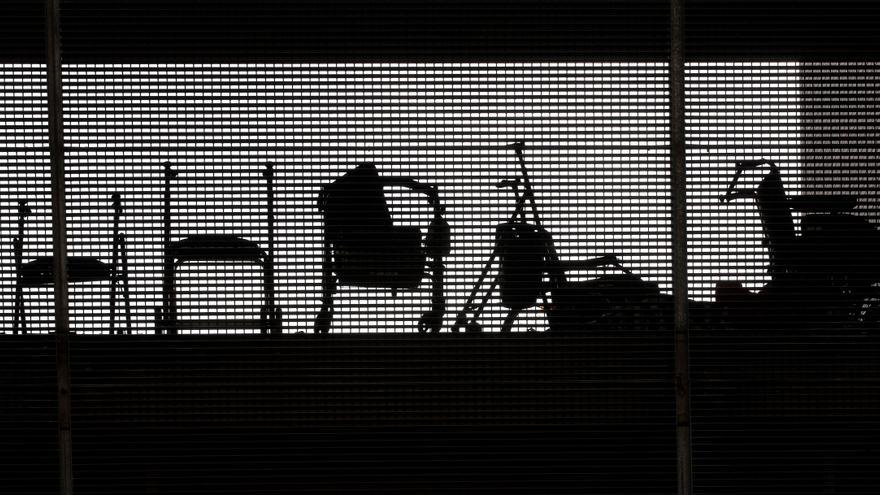 The COVID-19 crisis took hold a little more than a year ago with a country with social services, on which some 8 million people in vulnerable situations depend and who have suffered the most from the consequences of the pandemic, very weak. 19 million Spaniards live in autonomous communities with care for dependency, homelessness or childhood lazy or “irrelevant”. This is the case according to the analysis of the Association of Directors and Managers of Social Services, independent and a reference in the sector, which has presented its 2020 report qualifying the autonomies based on a series of indicators on the matter. The worst stops are Madrid and Murcia, then the Canary Islands and Cantabria. In excellence, the Basque Country, Navarra and Castilla y León stand out.

The report, called the DEC Index (rights, economy and coverage) is annual, although last year it was not presented due to the emergencies generated by COVID-19. “It does not analyze how social services have come out of the crisis, but how they were when COVID-19 arrived,” explained its coordinator, Gustavo García. It is prepared with official data from regional councils and ministries of Finance and Social Rights, although one of the criticisms is, in fact, that the data available is often out of date or not sufficiently accessible. Most of those that present are from 2019, the months before the crisis broke out, although a good part (37%) of full 2020.

The research obtains an average for each community from different notes that are put according to factors such as the existence or not of an updated and suitably developed law, its percentage of spending on social services with respect to regional GDP, ratio of workers in social services, coverage of benefits by dependency or number of public places in residences. Taking into account 24 factors, the Community of Madrid has a 3.2 out of 10, the same as the Region of Murcia. Canarias 3.4, Galicia 4.5, Cantabria 4.65, and the Valencian Community 4.65 as well. At the other extreme, Euskadi and Navarra have 7.95 and 7.9, and Castilla y León 7.3.

The ranking also takes into account the evolution over the years, and the Valencian Community has increased 1.35 points compared to 2018. Navarra, Euskadi, Extremadura, Aragón and Andalusia have also improved, although less; the rest have worsened. National public spending does not reach the maximums recorded in 2012, in the middle of the previous economic crisis, and when Mariano Rajoy established the dependency cuts. 61% of investment in social services is made by communities, 25% by local entities, and 12% by the central government. This is a breach, according to the State Pact for the Dependency, the Association estimates that the Government should contribute at least 33%, said José Manuel Ramírez, the president of the organization. “We are facing the worst crisis without having recovered public spending prior to the previous one,” he summarized.

The note from Madrid and Murcia is explained because, for example, they do not have a new generation law (Madrid’s is from 2003). Also because the percentage of GDP they allocate is lower than the state average, between 10 and 15% lower, or because the percentage of public places available in residences is less than 2%. Madrid, moreover, is the only community that has not provided data directly to the Association from its Government, they blame it in part on the fact that they were in the middle of an electoral process. So it has not been possible to qualify, for example, the ratio of public places in centers for people with disabilities, because there is no public data. Almost all communities have a 0 percentage of places in shelters for women victims of sexist violence based on requests for protection, because they are below 19%. Only Euskadi and Cantabria have an optimal score in the latter.

From the Association they are critical with the processes associated with the sector. “In the case of the dependency, in addition to the weakness of its financing, the cumbersome procedures are, to a large extent, the cause that tens of thousands of people are kept in limbo of assessment or care, and that many of them die without being cared for ”. There are some 160,000 people in Spain who have a recognized degree of dependency but have not yet received benefits; and some 100,000 who have requested an assessment and are still waiting to be assessed. Procedures that have been lengthened even more by the crisis. Ramírez also highlighted that many nursing homes have been closed this year due to anti-COVID measures and have not accepted new users. 29,408 people died in these centers from COVID between March 2020 and January 2021 with and without diagnosis, according to data collected by the Ministry of Social Rights.

“The unnecessarily complex procedures are the cause that many people give up requesting aid from the social services of local entities to meet their most basic needs,” they point out. “The Minimum Vital Income, the great hope for the sector and, especially, for so many hundreds of thousands of families in situations of extreme economic precariousness, largely loses its potential due to the lack of agile procedures and the demand for complex and incomprehensible requirements , which means that three out of every four applications have been rejected ”.

Next year’s report will already reflect the scars of COVID-19 in social services. What must be observed will be, they have pointed out, the impoverishment of some social sectors; loneliness; the new forms of coexistence in the post-pandemic era; and the new forms of dependency.