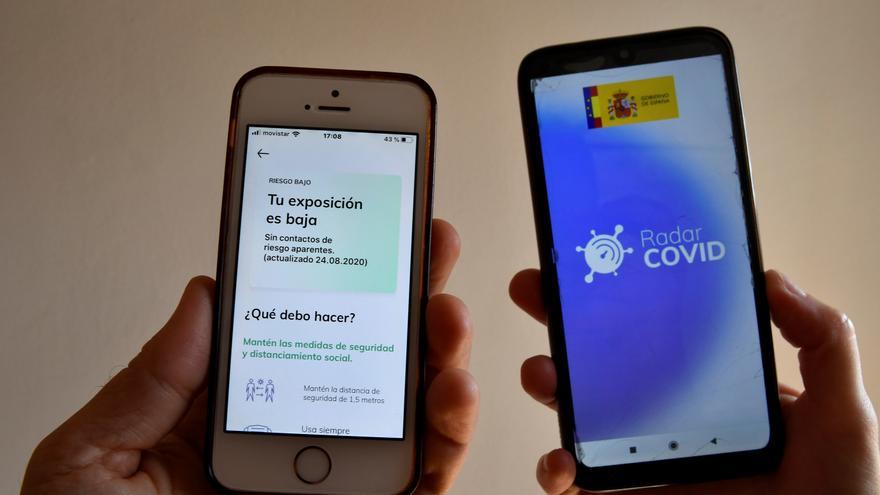 The Radar COVID contact tracing application is already active throughout the Community of Madrid. The Government of Isabel Díaz Ayuso has extended the app to its entire territory this Thursday, October 8, 37 days after completing the technical integration and receiving authorization from the Ministry of Health. From now on, Madrid residents who test positive will be able to receive a password from the health services by SMS that will allow them to communicate this situation to other users of the app, anonymously and voluntarily.

When a person with the app activated has spent 15 minutes or more near users who have communicated their condition, Radar COVID will send an alert to inform them that their “exposure to coronavirus is high.” If you wish, you can communicate this fact to the health services, which will tell you how to act. In the case of Madrid, the Community has provided the number 900 102 112, corresponding to the Patient Care Center of the Ministry of Health.

The app is free and can be downloaded from the Google and Apple app stores.

Madrid has been the penultimate community to launch Radar COVID, only behind Catalunya and Ceuta. Most of the autonomous communities joined the tracking system between the end of August and the beginning of September, beginning to distribute among their citizens the keys to notify contagion situations a few days later.

However, the Community of Madrid did not start it immediately as other autonomies did, but launched a new pilot in Guadarrama, a municipality in the northwestern sierra of the community of about 15,000 inhabitants.

From the Central Executive they emphasize that the app did not require more pilots at a technological level to be used by the entire population. They defend that Radar COVID was already put to the test with a national pilot on the island of La Gomera, where it showed that it was capable of “double the efficiency” of manual trackers in the detection of risk contacts. That test lasted about three weeks.

A month and a week after announcing the Guadarrama pilot, the Government of Isabel Díaz Ayuso has communicated that during these new tests the Ministry of Health provided a total of 141 codes to positive users of the application. For their part, and after receiving an alert as a close contact through Covid Radar, 150 citizens contacted Health. However, it has not given more information on the objectives that this new pilot intended to meet or the results of the tests.

Secure and anonymous protocol based on bluetooth

Multiple European governments have developed contact tracing apps like Radar COVID to support the work of manual trackers. They are based on a protocol designed to ensure user privacy, prepared by a consortium of European researchers called DP-3T, which later inspired Google and Apple to enable this new communication system between their devices.

When they have an app based on the DP-3T protocol installed and activated (such as Radar COVID), the phones constantly emit keys generated randomly through bluetooth, a radio frequency technology that does not require telephone masts or other third-party equipment. In turn, they listen to and store the keys that come to them from other phones every few minutes, but only if they are two meters away or less, an aspect that is detected by measuring the intensity of the bluetooth signal. The operation is similar to the radar of a submarinethe members of the DP-3T design team explained to elDiario.es.

The codes issued by each phone are renewed every 10 minutes. In this way, when two users of the app are within two meters for thirty minutes, their phones will exchange several keys, but their devices will not be able to know if those codes they have saved belong to a single person or to several.

When a person tests positive and wishes to communicate it to the rest of the users of the app – after validation by the health services – the system uploads all the random keys that their phone has generated to a server where they are combined with those of the rest of the users who have given positive. The app connects to this server periodically and compares that list of keys with those that it has listened to and registered in the last days. If it detects that you have saved keys that add up to more than 15 minutes with people who have been infected, it sends a notification to your user.