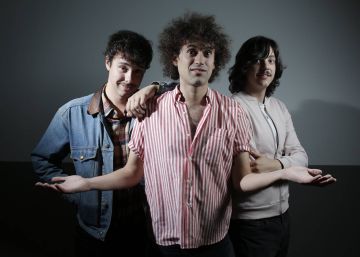 Vibra Mahou, the musical platform of Mahou Cinco Estrellas, and Mad Cool join for the fifth consecutive year to expand the spirit of the festival to the halls. The novelty of this edition is the concert tour that will tour five Spanish cities from January to June. Groups such as Sports Team, The Parrots, Floridablanca or Shinova are part of a musical journey that begins on January 29 in Madrid, and which will subsequently pass through Gijón, Valencia, Valladolid and León.

The Madrid Joy Eslava room will be the first venue of this tour, which will feature an important international nuance, the British band Sports Team. The pop guitarist of this group will be accompanied by the fun and irreverence of The Parrots, who were already present in the previous edition of Mad Cool and who are part, together with Hinds and The Nastys, of the golden triangle of Spanish pop more garage. To these two direct ones is added that of Kitai, which promises to make the public vibrate with its devastating live energy.

The stage of the Teatro Albéniz de Gijón will be the second stop of this tour and will host on February 28 the Arizona Baby concert, which after more than a decade as ambassadors of the folk rock American in our country, they continue to offer their border and mestizo melodies to the public. They will be accompanied by The Levitants, an emerging band with clear influences from after punk British, and the trio of Úbeda Guadalupe Plata, who will squeeze the blues to unsuspected limits, fusing it with genres like the psychobilly, jazz or even flamenco.

The next stop, on April 18, will take place in the Sala El Loco in Valencia with Floridablanca dance pop. With no other claim than to make songs that everyone wants to hum, the group presents itself as the “soundtrack of the weekend”. Next to them will be one of the most talented emerging music producers on the scene, Miqui Brightside, who will close this event.

The pop of Shinova and Siloé will also be one of the highlights of the tour, which on April 22 goes on stage at the Lava Space of Valladolid. The Biscayans, who have earned freehand be at the top of the line up Most of the national festivals will carry their honest pop in the form of great songs. Siloe, who will play at home, will be responsible for raising the magic with its author pop. And the urban touch of this cycle will arrive with Swit Eme, which will perform at the Gran Café de León on May 30, and that will give voice and awareness to the realities of the street.

The final point of this tour will be the Mad Cool 2020 party, which will take place on June 24 in La Riviera and will serve to close the circle and warm up engines for the big event that takes place in July. With this initiative, the Vibra Mahou by Mad Cool Tour wants to move the experience of the festival beyond Madrid and with live music as an absolute protagonist, but this time in different rooms of the Spanish geography.