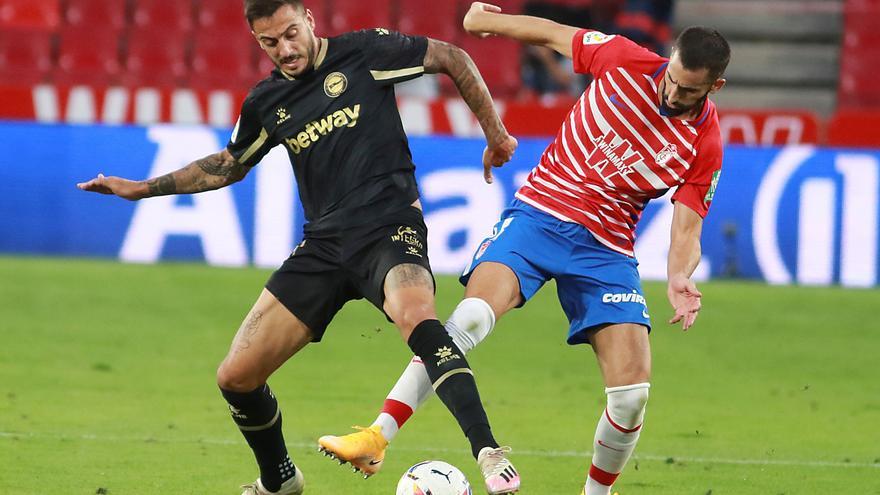 He Granada CF achieved this sunday his second win in a row at the start of LaLiga Santander, which will allow him to finish the day as the leader tied on points with Real Betis, by winning 2-1 at the Estadio Nuevo Los Cármenes at Deportivo Alavés, which continues with its scoreboard at zero.

Roberto Soldado overtook the locals and tied with a direct free kick Joselu Mato in a first half dominated by the locals, while in the second half, which was more even, the Andalusian team achieved victory thanks to a goal from Venezuelan Darwin Machís.

After a balanced start to the game, Granada scored in the 7th minute in their first dangerous approach thanks to the sensational oriented control and subsequent shot from Soldado, after the long pass from Machís, to beat Rodrigo Ely in speed and beat Rodrigo Ely below. Fernando Pacheco.

The locals controlled the clash well with the scoreboard in favor against a not very incisive Alavés but he was able to tie in a direct free kick launched with a powerful kick by Joselu that beat the Portuguese goalkeeper Rui Silva.

The Andalusians suffered from set pieces, as shortly after the tie Roberto Soldado finished off a corner kick by Luis Rioja on the post of his own goal that was on the verge of becoming 1-2.

Granada recovered the handle of the game in the final stretch of the first half, which hurt the back of the visiting lanes although he was not able to go to the break with an advantage on the scoreboard because they scored clear scoring chances first by Venezuelan Yangel Herrera and then by Antonio Puertas.

Coach Pablo Machín was not liking the game of his own, who gave entry at the start of the second half to Ximo Navarro and Rubén Duarte to change his usual drawing of three centrals and two lanes to another with four behind.

He Granada also dominated in the second halfAlthough Alavés was better armed without the ball with the new scheme and arrivals in both areas were scarce until game time.

The painting directed by Diego Martínez with a shot from Soldier that was repelled by a defender from Alava and, shortly after, with a header from Ángel Montoro who found no goal.

He Alavés, who grew in the second act as the minutes passed, also had his chance with a shot by Édgar Méndez that was cleared between Rui Silva and the crossbar.

Machís, the best of the game, scored the 2-1 right on the next play, after a measured center by Montoro, against Pacheco who took the first shot but not the second.

He Alavés tried until the end to achieve at least one point, but on his only occasion Rui Silva stood out before Ximo Navarro’s far shot.

Incidents: Match corresponding to day 2 of LaLiga Santander played at the Nuevo Los Cármenes Stadium behind closed doors. A minute’s silence was observed before kick-off due to the recent death of former Granada CF footballer Rafa Lelo.

All the goals of matchday 9 of Segunda