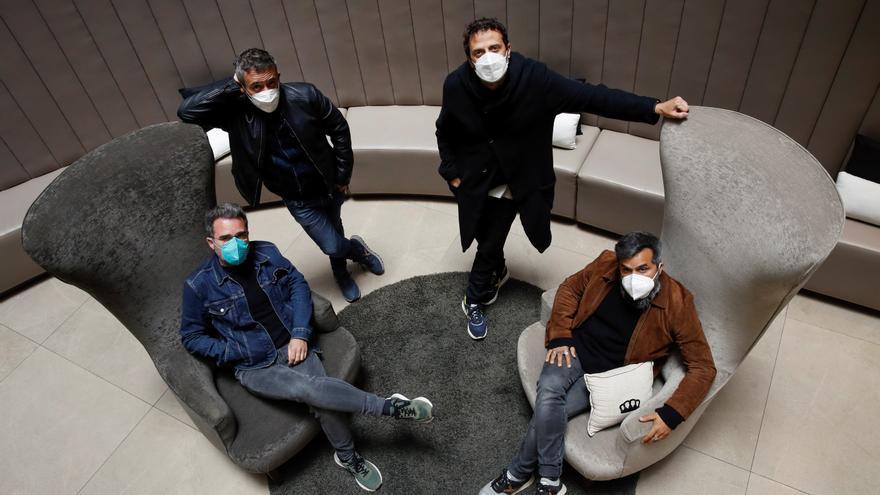 Fuengirola (Málaga), Aug 5 (EFE) .- The “Luna Sur” festival started this Thursday in Marenostrum Fuengirola (Málaga) with a concert by the Catalan group “Love of Lesbian”, the protagonist of the pilot experience that brought together more than 5,000 people at a concert in March at the Palau Sant Jordi Barcelona.

The performance began with the song “Crisalida” and its “usual musical and audiovisual display”, they explained from the organization of the concert, which was followed by another of their popular songs “Reversible Nights”.

The band appreciated being able to go up on stage and did so by recognizing the efforts of the public that will see the live shows, such as this Thursday at the foot of Sohail Castle, where they assured that the attendees had done “an act of courage” and in front of to which they sang songs from their new album “VEHN, epic journey to nowhere”.

“Cosmos” inaugurated the “encores”, they abounded from the organization, and “There where we used to shout” – preceded by “a whole anthem” such as “Los unbreakibles” – served to close for the second time the night that finally ended with ” the last gift of the band ”,“ a simple song that hides eternity: El Paso ”.

“Luna Sur” will continue with the performance of the singer-songwriter “Zahara” (Úbeda, 1983) this Friday on the Unicaja stage that is presented with her new album “Puta” which, as she herself has indicated on numerous occasions, refers to “ an insult that every woman has received at some time and that serves to explore the poor treatment given to women from a very young age ”.

In this work “various existential crises emerge, such as expectations or emotional dependence” to which the woman from Ubea manages to give life through her songs, the statement concludes.