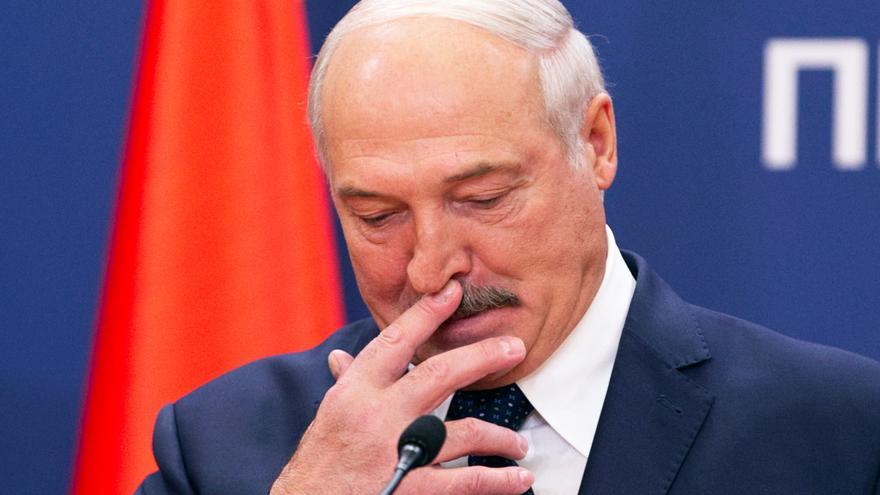 Moscow, Mar 13 (EFE) .- The president of Belarus, Alexandr Lukashenko, will send another song to the Eurovision Song Contest after the European Broadcasting Union (EBU) rejected the theme “I’ll teach you” (“Te / os I will teach “), by Galasy ZMesta, because I understood that he alluded very clearly to his opponents.

“They begin to pressure us on all fronts. Even in Eurovision. Well, if that’s the way things are, we will make another song. No more talk,” Lukashenko said, according to official media.

The Belarusian president commented that the controversy has made the group more popular, although the song has also been widely criticized within the country.

“All of this is politicized,” added Lukashenko, considered the last dictator in Europe.

The European organization issued a statement on Twitter in which it assures that “the song questions the non-political nature of the contest” and warns that the first “reactions” to the theme chosen by Minsk threaten to damage the reputation of the contest, which will be held in such a way telematics its LXV edition in mid-May in the Dutch city of Rotterdam.

He considered that the song that will represent the former Soviet republic, “in its current format, is not eligible to compete”, so it has asked Belarus to present a “modified version” or a “new song” that complies with the rules. of the EBU.

“Refusal to do so,” he warned, “could result in his disqualification from this year’s festival.”

The original theme is a satire that alludes to the opposition protests that broke out in the country after the presidential elections of August 2020, considered fraudulent by the opposition and by the West.

The group of interpreters has not hesitated to side with Lukashenko in accusing the West of trying to instigate a revolution to “destroy” Belarus.

The song has already received more than half a million visits on YouTube and tens of thousands of complaints about its content, just when several opposition leaders are behind bars and human rights organizations number the number of political prisoners in the hundreds.

The group VAL, which won the national competition last year, but was excluded by Belarusian public television for its support of demands for political change in the country, should have been selected for the festival.