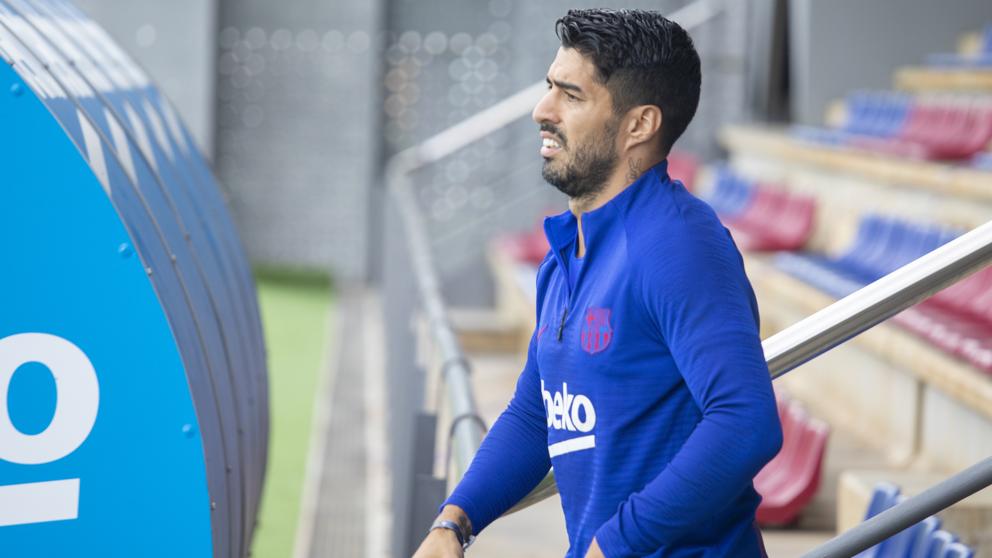 Something seemed to break last May. Luis Suarez announced by surprise that he had decided to go through the operating room to alleviate his right knee problems with the clear objective of arriving on time to dispute the America Cup, as it was. That meant missing the end of the Copa del Rey, with tragic end to the Barça after the triumph of Valencia, the rival precisely that tonight visits the Camp Nou the day of the reappearance of the Uruguayan almost a month after getting injured in San Mamés.

That decision, with an undoubtedly controversial hue, could have generated the first cracks in its relationship with the Barca fans, adored until then by the Uruguayan for his effort and, above all, for his goals. Suárez has been untouchable for Camp Nou practically from day one, also welcomed by the costumes thanks to Leo Messi, both converted into Zipi and Zape. But the reality is that its performance is like the stock market in times of crisis. The curve does not stop lowering.

Suarez touched the sky culé in 2015, scoring the second Barca goal in the Berlin final. The following year, spurred by a Luis Enrique who granted a wide sleeve to his trident, he lived his best course at the Camp Nou. He scored 40 goals in 35 league games and 8 goals in 9 Champions games. An unquestionable performance, at the height of the shirt he wore, which made him an idol for the Barcelona fans. But since then his aim is moving more and more away from what is supposed to be a Barcelona 9. In the League he has been scoring less goals for three years than the previous one – 29, 25 and 21 – while his drought in the Champions League has all the red lights on.

In the last 28 European teams, the Uruguayan striker has barely seen the door 4 times. It is true that his work of wear and generation of spaces for his teammates remains unpayable, but the battering of a team like Barça cannot afford that lack of goal.

Suarez, 32, with a contract until 2021, faces a season that has nothing routine. As much shield as he has, Camp Nou is going to demand goals, even more after skipping the last Cup final. The Uruguayan remains an unquestionable piece for Valverde, which tonight will result in Griezmann having to move to a band. The Frenchman still has to fight a lot to obtain that status, in the field and also outside of it, but his arrival in the locker room is also a message for Suárez. This year there is competition and not just any, that of a world champion.

But if he wants to scare real ghosts, the Uruguayan has an unbeatable opportunity on Tuesday at Dortmund, at the premiere of the Champions League. He has not scored away from home in Europe since September 16, 2015 – in Rome. That is an infinite drought.

What has to happen for Nadal to take away number one?