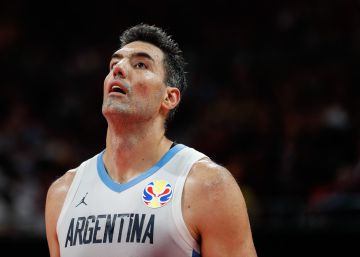 The Napoleonic army entered Moscow in September 1812. An equal force had never been seen in Europe: more than 900,000 soldiers, half of them French, at the head of which the emperor himself marched, the brightest military talent of the time . They had defeated the Russians in Borodino and seemed to have won. But Moscow, on fire, offered neither food nor shelter. After a sacking wild, Napoleon ordered the withdrawal on October 19. And the reality began to become evident. No grass for the horses because the meadow was already freezing, almost without food, harassed by Prince Kutuzov's troops, without a clear idea of ​​how far they had to go on the way back, the French soldiers assumed defeat.

However, it was necessary to continue. And resist. And stay together. And survive in some way, even if there was no hope. Kutúzov decimated them in the Berézina river. When on December 14 he managed to leave Russia, the Napoleonic army was little more than a procession of ghosts. Less than 60,000 French people managed to survive that infernal autumn. Many of them continued fighting until the definitive defeat in Waterloo, three years later.

In the slow and painful defeat the good soldier is distinguished. It is not difficult to gather value when you win. Yes it is, very much, maintaining courage and discipline when all is lost. The same can be said of the athlete: the status of hero is achieved in desperate situations. Like that of Argentina, in the last quarter, in the final of Beijing.

Argentine players knew that not anymore. But they had to believe that still. Although everything is possible in sports, the impossible almost never happens. Anyone, outside and inside the court, was aware that it was going to end more or less as it had begun. The Spanish team was better and had gold in their hands. The spectator could enjoy the display of Ricky and his companions, with tired legs and a cold head: the administration of a victory is beautiful. Or he could look into Luis Scola's eyes.

It is convenient to make memory. That man was already professional at the time of the great Michael Jordan, at the end of the 20th century. He had beaten in the ranks of Ferro Carril Oeste, Gijón, Tau Cerámica (Baskonia), San Antonio Spurs, Houston Rockets, Phoenix Suns, Indiana Pacers, Shanxi Zhongyu and Shanghai Sharks, had jumped under the hoops of three continents, had won and lost hundreds of times on hundreds of courts. And there it was. With 39 years. Maybe, just maybe, in the last big game of his life.

In the final minutes, the most intense show was the opaque eyes of Luis Scola. His gaze, attentive, at once firm and disconsolate, could resemble that of his companions. But the others were young. He, on the other hand, had already traveled other times the path of slow defeat. He knew what was happening, he knew what his teammates felt, he knew what it had cost to get there, he knew how much the boys admired him and how much he would need them later, when it was all over.

The screams of Sergio Hernández from the bench went out. Why scream, if no one hears anything anymore. Defeat is like an implosion of silence. The seconds of the countdown are lived from another side, from a beyond in which one is both in the now and in the later. The Spanish team was a brilliant champion. The Argentines, with Scola in the lead, were defeated admirably.

I hope Luis Scola arrives in Tokyo next year. For such a veteran hero, no battle can be the last.