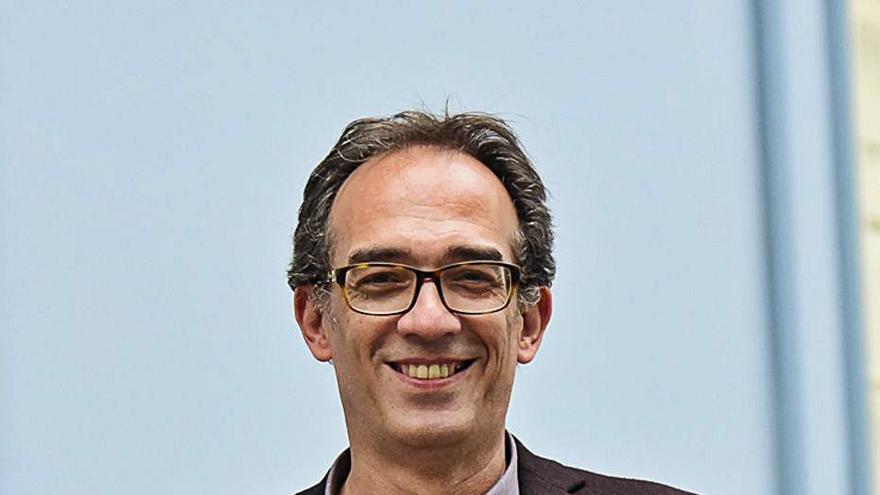 The twentieth edition of the Las Palmas Film Festival faces the most unusual scenario of its career. How has the scheme been rebuilt in the framework of the restrictions of the pandemic?

The key is that the basic programming scheme is maintained, but the contents are different, because a year has passed since the edition that we canceled in 2020. Already then we were preparing for the change of headquarters at Cinesa El Muelle, Miller and Elder, so what has had to be implemented have been the restriction measures in terms of social distancing and blocking of seats. Perhaps where we have felt the novelty the most has been in the routines of organization and work, and in that the mode of use changes, because perhaps the most radical novelty is that we have online programming for the first time. Otherwise, the Festival offer is the same.

This round number pays tribute to the filmmakers Asghar Farhadi, Isaki Lacuesta, Víctor Moreno, Julie Delpy and Claudio Utrera. To what extent is it also a meta-homage to the trajectory of the Festival itself through these names?

Indeed, these are filmmakers who clearly represent this beginning of the century, that is, the cinema of the last 20 years, but who have also been linked to the Festival and who, with the exhibition of their work, have also helped us to define the Festival. Just as on the 10th anniversary we paid tribute to Jia Zhangke, who seemed to us the filmmaker of the time, this 20th anniversary we chose and diversified the tributes to a local filmmaker, one national and two international, as well as Claudio Utrera as creator of the Festival. These tributes are not only a tribute to his contribution to cinematographic art -which is, from my point of view, unquestionable-, but also to the fact that they have also defined our criteria when programming.

The primary vocation of the Festival – and of the bulk of festivals – is to keep the dialogue around cinematographic art alive, from its tendencies and contradictions to its different possibilities. What is the role that festivals play today in the face of the uncertainty and paradigm shift in the sector?

The discourse of festivals is sometimes confusing, because it gives the impression that we are staging a kind of fissure between different ways of cinematographic creation. And there is some of that. But what is clear is that festivals always try to stage diversity in front of a mainstream with much clearer limits regarding the type of cinema that is consumed. Therefore, festivals, on the one hand, want to account for a much broader cultural, aesthetic and geographical diversity, but, at the same time, they are also a way of connecting with that account of the history of cinema, which has about 120 years, because what interests festivals is to explore cinema as an art and as a language.

How do you define the programming criteria of the Las Palmas Film Festival, which makes up its identity stamp and its own place on the international map, throughout these 20 years?

In the sense that I commented before: the reasons why we choose some films or others always have to do with the cinematographic language and the way in which the filmmakers explore that language; not so much with the invention of shapes, which may be too ambitious a parameter, but with the sincerity with which one investigates the possibilities of cinema. Throughout these 20 years, we have been able to follow how that “other cinema” that is shown at festivals really renewed the cinematographic medium as a form of art and language. Therefore, we try to visualize this, but without the discourse being other than the one caused by the contact between the films itself, that is, we do not want to impose it through an external discourse, but rather let the films speak with each other and with the public.

And does its role as a meeting space around the collective experience of cinema as an event be redefined?

And of participation, without a doubt. Cinema as a cultural experience in the 20th century was always something that happened with an audience gathered in a room, and that gave it the value of an event and participation, even if the latter was silent. But what is very clear is that this experience is something very different from being at home and choosing from a menu among a series of possibilities, which are increasing and which, for moviegoers my age, was something unimaginable 15 years ago. Festivals try to maintain that tension of feeling part of an unrepeatable event, knowing that today a film is anything but an unrepeatable event, because at least part of it will end up being visible very soon and in a relatively simple way. And that changes the desire or, rather, it changes the way we relate to films as something that mobilizes desire. This is something to which we are sensitive and that we like to explore and follow, because festivals are the observatory of these changes and, at the same time, we are the ones who try to keep open the possibility that cinema remains an event.

However, what are your expectations regarding this edition that begins today?

My fundamental expectation is that the final balance of the Festival is: zero contagion. Everything else seems secondary to me (laughs). But apart from that, my confidence is absolute that everything is going to work out perfectly in every way, and that the programming is going to be interesting. We know that the user experience is going to be different from that of other years, but that transition must be made and we face it with the awareness that the product is well developed and assembled for all who want to enjoy it.

Do self-help books help? The pandemic triggers your sales

The “Brit” audience will not have to wear a mask