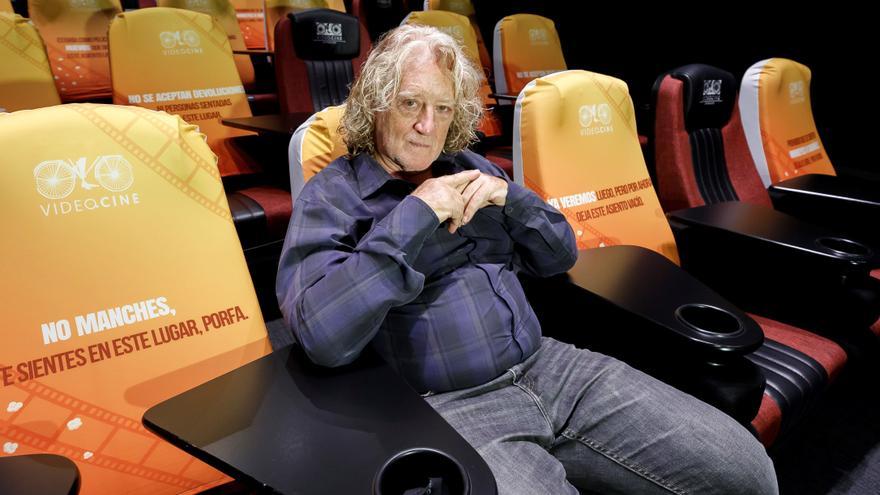 Mexico City, Jul 2 (EFE) .- With a consolidated career in Hollywood and great renown, Luis Mandoki continues to choose to make films in Mexico to avoid labels. Now he is delving into terror with the return to the big screen of actress Yalitza Aparicio.

"In Hollywood they tend to pigeonhole you, I made very successful love stories, but then they want you to always make the same film (...) Here (in Mexico) I can develop my entire range of films," says Mandoki in an interview with Efe.

The director, born in Mexico City in 1954, began his career in 1976 with "Silent music", his first short film since leaving film school and the beginning of a prolific career of varied genres from documentary, action and drama to romantic comedy.

In 1987 the director reached the Oscars and the Golden Globes with his film "Gaby, a true story" and in 1994 he stole the hearts of the audience with the romance of Meg Ryan and Andy García in "When a man loves a woman ", which was followed by several more films abroad.

"When I return to Mexico I make films like 'Voces inocentes' (2004), 'La vida precoz y breve de Sabina Rivas' (2012)", recalls the filmmaker about the films that marked a before and after in his career.

In 2020, the director set himself the challenge of making "Presences", a film with which Mandoki delves into horror and suspense for the first time.

"In Hollywood they would not have let me make this movie because they would have called the directors classified as horror. This has been a great opportunity," he says.

Although the filmmaker does not focus so much on genres and on "stories that move him", it was a great incentive to explore "cinematographic diversity" from "terror".

"It is a genre that has had very little development in Mexico, that is why I was interested in making a great horror film, with a great production, a great story and a great script in the country and I think we succeeded," he says, satisfied.

"Presences" tells the story of a man who returns to the cabin where he spent much of his childhood, after experiencing painful losses. Before long, paranormal experiences will begin to occur.

The director worked for two years on the script and became interested in the project, after the producers Coco Levy and Rodrigo de Pedro invited him.

"It is a labyrinth, a journey of a character to hell and back. It is outstanding how the story takes you through different twists and turns," he advances.

THE RETURN OF YALITZA

According to Mandoki, after "Roma" (2018) the actress Yalitza Aparicio has taken a long time to choose a production that would convince her and that would not pigeonhole her in roles such as Cleo, a character that launched her to fame.

In the film, the actress will play a "village character, an independent woman who when a police officer approaches her and tries to flirt with her, she says, 'Yes, whenever you want, we invite your wife.' That is, she is a woman of today, a woman with integrity ", advances the director.

Aparicio and Mandoki met on the set of Alfonso Cuarón's award-winning film "Roma".

"I knew her because I would go to the set of 'Roma' and see her working and say 'what an actress!' She had no preparation, but she had depth. I talked a lot with her there and then I met her in Hollywood when I accompanied Cuarón to the Oscars, "she recalls.

Then Mandoki sent the script for "Presences" to Yalitza and the actress was delighted with the opportunity.

"It was a very interesting experience working with her," says the director.

After nine intense weeks of filming in Tlalpujahua and Jilotzing, in Mexico, in which they had to overcome the complications of the pandemic, the film is finally in the pre-production and editing process and is expected to be released in 2022.