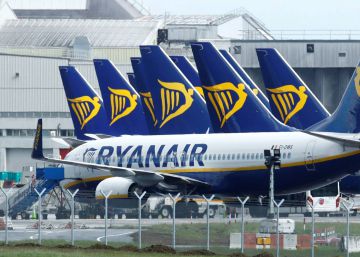 The Lufthansa group seems to be confident of an improvement in the health scenario for the next summer season and has begun to roll out its offer, with Spain as one of the main assets to attract traffic.

For passengers flying from this country new destinations are offered, such as Dubrovnik or Split in Croatia; Larnaca in Cyprus; Heraklion in Greece or Tromso in northern Norway. Lufthansa will launch flights from Madrid, Barcelona and Bilbao, but it will also program activities from the airports of Alicante, Santiago, Seville or Jerez de la Frontera (Cádiz).

“We are making an extraordinary effort to expand the possibilities and the number of new destinations in our summer travel program. Our analyzes indicate that the demand for vacation and leisure travel is recovering better than that of business travel, ”said Julia Hillenbrand, general manager of Lufthansa Group in Spain, in a statement yesterday.

Regarding flights with final destination to Spanish airports, the group plans to increase the number of operations, mainly from Germany. Lufthansa intends to offer departures from Frankfurt airport to 15 new summer destinations. In addition to the classic squares of the Balearic and Canary Islands, seriously affected this year by the crisis and adverse travel recommendations, the aforementioned options of Alicante, Seville, Santiago de Compostela and Jerez de la Frontera are added.

Through the deployment of up to five additional aircraft, the firm will offer some 70 weekly connections to 29 tourist destinations. This is adding 15 to those operated in the summer season of 2020.

Flights for the summer of 2021 can be booked now and the company offers the possibility of unlimited changes if that purchase is made before December 31. Lufthansa would be trying to anticipate income in the hope of the arrival of a vaccine against Covid-19 that allows to generate confidence among travelers and operate the announced routes.

The pressure of the pandemic on the demand for flights has meant that the main European low cost reference, Ryanair, has given a new twist to its commercial strategy and announced yesterday the gift of tickets.

Looking for a coup, the airline launched for the first time in its history a promotion that includes a two-for-one: “Buy a flight and get another free.”

The campaign affects flights between this Friday and December 14 in an effort to maintain a certain tone in traffic in this fourth quarter despite the health crisis. It is also a marketing action to attract customers to the web, where a large sign with the word “Free” can be seen.

The offer, which lasted a single day, reached 1,600 destinations on Ryanair’s European network, according to the company. But the options for getting free tickets were more limited airport by airport. First thing in the morning, from Spain only ten routes were offered with the two for one. Subsequently, Ryanair opened new options.

The promotion was made on “reservations whose rate is the cheapest and with more than one passenger,” the company said in a statement. The customers had to be quick; the campaign ended at midnight.