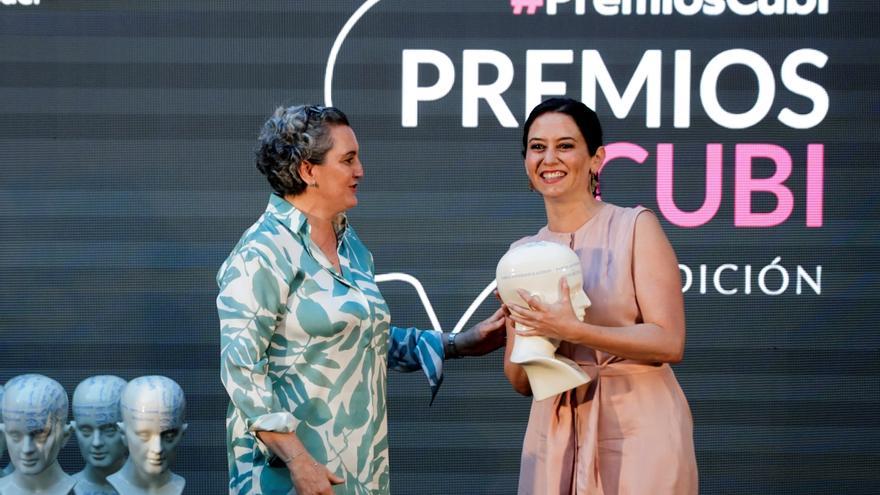 Madrid, Jun 1 (EFE) .- The chef and owner of Casa Lucio (Madrid), Lucio Blázquez, the NGO World Central Kitchen (WCK) and the president of the Community of Madrid, Isabel Díaz Ayuso, have been some of the awards Cubí that is in its fifth edition and is organized by the Federation of Cooks and Confectioners of Spain (Facyre).

In a ceremony held last night at the Hotel Wellington in Madrid, twelve awards were given in "recognition of the work of those people and institutions that work in favor of Spanish gastronomy, but without necessarily being linked to the sector," he reported this Tuesday in a note Facyre.

The first was collected by Ayuso for his support to the hospitality industry in the pandemic. "We are showing that life in Madrid continues forward, that when we all work together with responsibility, solidarity and cooperation we are capable of overcoming any obstacle. Madrid is experiencing a cultural, gastronomic, business and technological revolution, which reminds us how much it's worth fighting every day, "he said as he picked it up.

He dedicated the award to the 31,000 businessmen in the Madrid hospitality sector who have kept their restaurants open, "both its taverns, bars, Michelin restaurants or its small polygon bars."

He also thanked the next winner, Lucio Bláquez, for his entire professional career, his dedication for 75 years to the hospitality industry and defined him as "an illustrious tavern" and "a culinary legend in Madrid."

The mayor of the capital, José Luis Martínez Almeida, was also recognized for his support of the hospitality sector. "I believe that we are the ones who should give the award to you, Facyre, as well as the effort that all the cooks have made. The miracle of Madrid has consisted of letting everyone work and that each day you could make the decisions that you considered best. ", it manifested.

The president of Alianza Rural, Fermín Bohórquez Domecq, also received awards for his contribution to agri-food promotion; Juan Serrano, CEO of Balfegó, for the sustainable commitment of the brand; the doctor in pharmacy and writer Marián García, "La Boticaria García", for his dissemination of gastronomy and science, and the humorist Leo Harlem for promoting the sector.

The NGO World Central Kitchen, founded by chef José Andrés and dedicated to feeding those who need it in disasters and crises (including the pandemic in Spain), received the solidarity award; Alejandro Beltrán, president of Mckinsey Iberia, who is responsible for the digitization of the HORECA channel; Vicente Conde Martín, partner and lawyer of Cremades and Calvo Sotelo, the gastro-legal, and Le Cordon Bleu and the Francisco de Vitoria University, the training one.

Santander executive Rami Aboukhair was recognized for his business support to the hospitality sector.

The president of Facyre and owner of El Qüenco de Pepa (Madrid), highlighted that this fifth edition of the Cubí awards has been "extraordinary, because it is surrounded by exceptional situations, which have put many of us on the ropes in the last year, not to mention those who have not had the opportunity to fight because this pandemic has taken their lives. " EFE