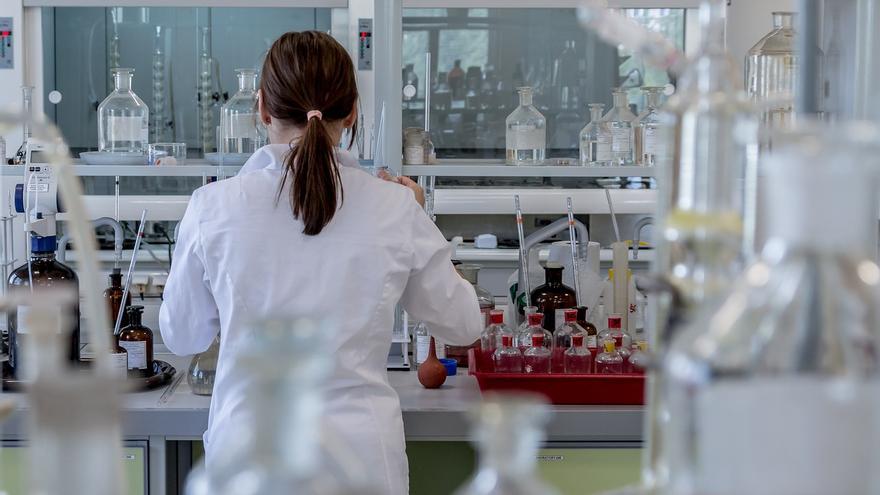 Getting a doctorate in Spain costs about 17 years from the time you enter the University until you reach the age of almost 35 with which you read your thesis on average. And, despite everything, it is not the end of (almost) nothing. Getting your doctorate is the beginning, perhaps an intermediate step, of a precarious and still long career: it will take another good handful of years, well into your 40s, to stabilize yourself as a University Professor (only 2% of them is less than 40 years old), or the 43 with which a place is achieved in the Higher Council for Scientific Research (CSIC).

The nightmare of requesting a public contract to investigate in Spain

The postdoctoral stage is an unequal career in which researchers have been losing purchasing power over the years, According to a report prepared by the Federation of Young Researchers (FJI/Precarious). The state aid programs for the public contracting of doctors, mainly the Juan de la Cierva and the Ramón y Cajal, today pay less or in the best of cases the same as in 2008; They have not even updated the CPI in these years, explains Francisco Palazón, spokesman for the FJI.

The researchers maintain that the evolution of these two programs "is discouraging insofar as it translates into the impoverishment of doctoral research staff in the last 13 years," they lament from Precarias, although they also concede that last December's reform "introduces improvements," both both in the amount and in the number of grants offered, but which are still "clearly insufficient".

“The postdoctoral stage is not short, they go there between 10 and 15 years, but there is no career design that says: 'You go here and go there'. There is nothing, just a jungle of calls that you have to ask for”, describes Palazón. “The Ministry of Science, through the Spanish Research Agency (AEI) and in coordination with the other Ministries and institutions involved, should structure a reasonable, fair, predictable and attractive research career in the Spanish science, technology and technology system as a whole. and innovation (SECTI)”, reasons the FJI.

Because the current system, continues Palazón, "leaves situations like you have people working in the same center, with the same experience, but being under different aids, some earn one thing and others another." And in absolute terms, but also relative, most of them will earn less than what a researcher in the same circumstances earned in 2008.

Ramón y Cajal (RyC) is the main national postdoctoral contract program offered by the AEI since 2008. That year the minimum remuneration stipulated in the call was 33,250 euros gross per year. It only lasted two years: the 2008 crisis caused a cut in this aid. Twelve years later, the 2020 call returned to the 2008 figure, a total of 33,000 euros gross per year. But with a nuance, they explain from the FJI: the accumulated CPI since the reference year is 20.4%, which means that the Cajales, as the researchers awarded with one of these aids are known, have lost a power purchasing power of 16% in 2020, the highest figure in the series. In hard and cold euros, 6,733 euros per year this year.

There is one exception in this program. If they have obtained the R3 certificate – which recognizes certain merits of researchers based on a certain work experience – the remuneration rises to 39,900 euros per year, a figure that coincides almost exactly with what they should earn if since 2008 the rises in the CPI to the usual salary.

Charge less than someone with a master's degree

Something similar happens with the Juan de la Cierva program (JdC), something like a junior version of the RyC. These aids, which also began in 2008, were divided in 2013 into two subcategories (training for recent doctorates and incorporation for those who already have some experience) to return to only one this year. In any case, in both programs "once again we observe how the nominal remuneration (those stipulated in the calls) are below the constant real salary" (which should be from the base salary of 2008 plus the accumulated CPI), explains the FJI, "which translates into a loss of purchasing power (...) that has come close to 25% in 2019." Along the way they have lost 4,449 euros per year. "This remuneration is completely insufficient and inappropriate for these highly competitive aid", values ​​the FJI.

Another anomaly also occurs with the Juan de la Cierva family, according to the researchers: the IV single collective agreement for the labor personnel of the general administration of the state stipulates a remuneration for the professional group M3 (people with master's degrees) of 29,712.20 euros per year plus supplements, but a JdC will earn 25,350 euros, 14.7% less despite the fact that to qualify for one of these grants you need to be a doctor, an academic step above the master's degrees. The researchers maintain that this supposes a "contempt" towards them.

But the Ramón y Cajal and the Juan de la Cierva are just two programs among "a jungle" of calls, although they are the most numerous. The Carlos III Health Institute, the Ministry of Universities or the autonomous communities on their own also call for different aid programs. In general, explains the FJI, these other programs (Miguel Servet, Sara Borrell) tend to be slightly better endowed.

The aid from the Ministry of Universities deserves a separate mention: there is the Beatriz Galindo program for the return of expatriate national talent that handles much higher figures (about 40,000 euros per year in its junior version and 70,000 in the senior version) although it also requires more requirements high and that despite everything "it is still a four-year temporary contract with no guarantee of stabilization" and there are the María Zambrano and the Margarita Salas, two recently created programs from European funds for the pandemic and that therefore have not evolved nor have their continuity been assured beyond the first years.

A funnel that leaves people on the way

Something similar happens with regional aid. The Talent program of the Community of Madrid offers the remuneration that the FJI considers should be the standard for researchers: around 30,000 euros per year for juniors and almost 40,000 for seniors, although in this case it is not possible to ask for it until six years later of having done the doctorate, when for the RyC only two are needed.

In the Valencian Community the differences with the state programs are even greater: even in the junior phase of the most basic postdoctoral aid (APOSTD) the minimum remuneration is higher than that of any state program of the Spanish Research Agency. Others with better endowments, such as CDEGENT or CIDEGENT, are above 40,000 and 50,000 euros per year, respectively.

The disparity between the amounts paid by each program has another consequence, explains Palazón. In the postdoctoral research career, it is common to go from help to help, presenting yourself to all the calls that come out to try to be successful with one, and in this way contracts are concatenated. But since the grants are so diverse, it is common for researchers to suffer large jumps in their salaries. "There is no progressivity," laments the FJI. Today you have a contract of 30,000 euros per year and the next one is 25,000.

The FJI also reminds that the research career is a funnel that leaves people along the way at each stage. Each year some 10,000 people read the thesis (9,031 in all of Spain in 2020), but fewer continue to investigate. Many because they don't even try, explains Palazón, but even so, according to the little data that exists among those who follow, the screen is great.

According to data from the Ministry, while there are some 11,000 predoctoral fellows with a valid public contract, postdoctoral fellows barely reach 2,500. Approximately, barely 10% of those who apply for state aid get it. This does not mean that the rest fall by the wayside, explains Palazón, because it is common to attend many calls in the hope of getting one.

Still, what about the rest? “Many abroad, some unemployed and others leave the investigation and dedicate themselves to something else. A frequent case is the reconversion to high school teacher”, closes the researcher.