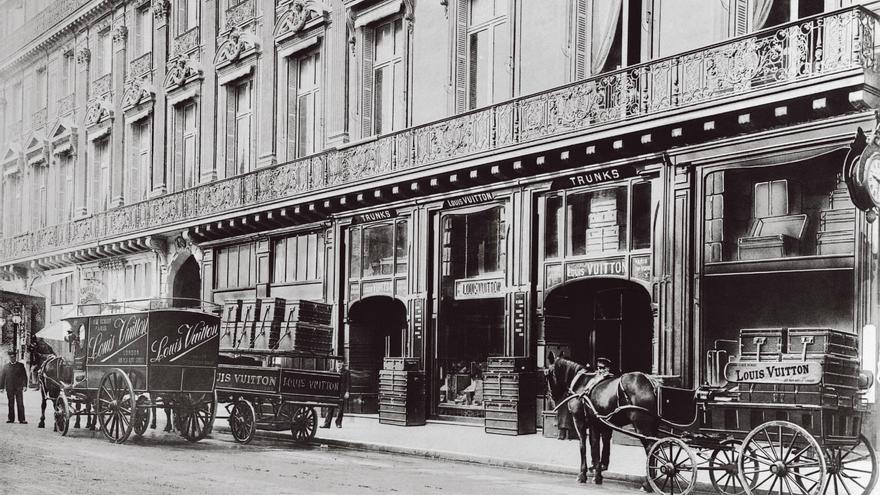 Paris, Aug 3 (EFE) .- The son of millers and illiterate, the Frenchman Louis Vuitton had one of those exceptional destinations portrayed in the literature of the 19th century, by building a prolific industry marked by technical inventions and his relationships with high society .

Vuitton, one of the first people to understand the importance and value of giving an object its name, was not actually the first Louis Vuitton. Born in Anchay (on the Swiss border) on August 4, 1821, he was named after his older brother, who died when he was just one year old.

At the age of 16, he came to Paris from his native region after two years on foot and only learned to read and write after the age of 20, after deciding to create his business.

When he died in 1892, almost as a testament, he drew up a catalog with all the creations he had made without taking his eyes off the novelties of the Industrial Revolution and the emerging tourism industry, which he accompanied when creating the first flat suitcases with fabrics. , unbreakable locks and other leisure accessories.

“He was above all a great visionary. The monograms on his suitcases, the special orders … He developed all the codes of luxury,” explains Stéphanie Bonvicini, author of “Louis Vuitton. Une saga française”, whose documented book reveals the great shadows of the Vuittons.

He began as an apprentice to Romain Maréchal, a trunk maker and clothing packer on the journeys of royalty and nobility, and in 1854 he created his own travel memorabilia company, with which he sought to reach the powerful who visited the world.

“At that time, luggage was not something luxurious. They traveled with wooden trunks. His greatest innovation was to personalize the suitcases with fabrics, not only protect them from the rain, but also dress them, and include his monogram on them, which served as a form of publicity and social recognition “, adds Bonvicini.

Having a Louis Vuitton suitcase was a sign of social status: Empress Eugenia de Montijo, married to Luis Napoleón Bonaparte, stood out among her clients; Queen Victoria of England, Elizabeth II of Spain and her son Alfonso XII, and adventurers such as Pietro Paolo Savorgnan di Brazza.

Vuitton devised picnic accessories, folding beds, hat holders, suitcases with drawers or the first suitcase-wardrobe that allowed up to twenty-five dresses to be transported without wrinkling.

Creations that responded to the spirit of their time, not only because of innovation, but also because of that insatiable search for leisure and consumption that was promulgated as a way to stop the continuous revolts of the first half of the 19th century.

He was also a precursor of industrial practices, of the improvement of workers’ conditions, for whom he created a prelude to a pension fund and social security, of the globalization of brands: he was one of the first to open a store abroad -in London, a provocation for the English – and in resorting to franchises to sell their products.

One of his great battles was against copycats. His first gray canvas suitcase was soon copied, as were his striped creations or the checkerboard, on which he had his name marked – something never seen before – to avoid plagiarism.

Despite the fierce fight he started against his imitators, he understood that if they copied him, his suitcases were a desired object.

His son, Georges Vuitton, who after the patriarch’s death understood that he would never be able to strip the brand of his father’s fame, believed that he would solve the problem of copies with a drawing of geometric flowers to which he added an “LV”.

It did not succeed. More than a hundred years later, this is still one of the most copied prints in the world.

Georges, who drove the expansion into the United States, was followed by Gaston Vuitton, a lover of innovation like his grandfather, or by his great-grandson Henri Vuitton, whose commercial successes were overshadowed by his highly probable collaboration with the Government of Marshal Pétain in Vichy, for those who made propaganda objects.

In the 1980s, the ambition of the heirs to integrate the brand into a larger group led to them being engulfed by a businessman from the north of France, Bernard Arnault, who made it the pharaoh of what is in 2021 the largest luxury group in the world , LVMH, and turned it into a high-fashion insignia.

The brand is now celebrating this bicentennial with a series of video games and reinterpretations of its designs. And this year a fictional novel about his life and a biographical documentary are published.

The Louis Vuitton name still has many trips left.