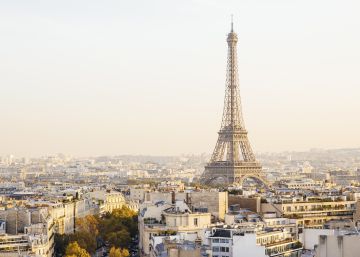 All exile implies not only losing what you leave, but also peering into a universe that has neither chosen nor welcomed you. The new destiny can even expel you, isolate you, mistreat you. That's how it was born Anomalous child, a unique, extraordinary book about the traumatic escape of an Argentine family from repression and its arrival in Europe in the seventies. The author, Fede Nieto, has published a 50-year-old story that leaves self-fiction small since, being personal, he recounts a shared uprooting: the one that occurs when you manage to leave the curse behind and instead the solution does not begin, but another thing.

In France they get school, neighborhood, work and, above all, the discovery that what the left dies in Argentina, the right of Pompidou offers it on demand. But the exclusion is a norm and the anomalous child is constrained to the gang of Asians and Africans to whom others explain how to use the toilet paper or teach how to pull the chain, in addition to translating your name as if it were theirs or correct the French As if you messed it up. In Barcelona (where the author is still based) it naively clashes that "the same towel" hangs on all balconies. And only that gives an idea of ​​what that anomalous child had to learn. Thus Nieto manages to trace a chronology as disorderly as memory, like a space-time puzzle whose pieces of the present will need the dimension of the past, and vice versa. When at age seven you have shared the underground, you have seen the birth of a "we" who is also the collective to burst when you get mad at the world. Because it does not exist as such, but only as negative of your private world, which forces you to always look for the exit.

Living with your eyes on the rearview mirror, looking for low windows just in case, is here a reality made literature. Telling it as Nieto has told it is an art of the old-new puzzle, the puzzle of confusion that is woven in a seemingly convoluted and yet so human way. Because it is that framework that comes and goes, built of scraps of the before and after, of jumps between the past and the present passing through Mendoza, Strasbourg, Buenos Aires or Barcelona; the one that emerges in a pen that combines more intimate poetic moments with other politicians, family moments and the bankruptcy of that collective in which the union can be turned into rejection.

In sum, more good news about Latin American pens. If also Argentina Mariana Enriquez it has brought us another wandering - differently - from a father and his son with Our part at nightAnomalous child is more related to Touch system, from the chilean Alejandra Costamagna, another exile that blurs the life of the protagonists as if they were poorly revealed photos. The first won the Herralde Prize in 2019, the second was a finalist in 2018.

But Nieto has nothing to envy beyond the award. Diving in its history and accompanying its alter ego, the "anomalous child", for that long "road without soil" is a full literary exercise. Welcome to a world in which Argentina becomes a Dark Forest, and “mama”, that of Nieto, in simple Silvia. With this it is all said.