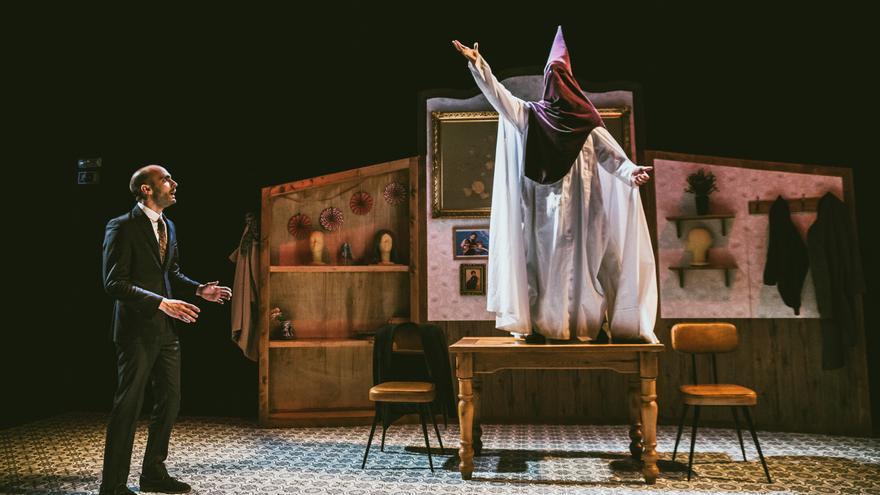 Madrid, Mar 17 (EFE) .- “Los Remedios” is a contemporary theatrical piece, which is born from the private circle and which reflects a certain reality, “it is the theater of the future”, said this Wednesday Alfredo Sanzol, director of the Dramatic Center National.

From next Friday until April 18 you will be able to see “Los Remedios” at the María Guerrero Theater. The play, written by Fernando Delgado-Hierro and directed by Juan Ceacero, is “a creation of its protagonists based on their own experiences,” Sanzol explained at a press conference.

“This work is like a radiographic memory that tells what it means to grow up in the Sevillian neighborhood of Los Remedios,” said Sanzol, who acknowledges that he was moved by this project from the moment he saw it.

“It is important to give greater visibility to this contemporary dramaturgy”, has considered Sanzol that since his arrival at the CDN in April 2019, he promised to watch and work with that generation of young people who are in alternative rooms.

This play takes place in Los Remedios, a neighborhood of Seville built in the 50s. There, two childhood friends raised in those streets get together to investigate great issues such as the search for roots and identity, at the same time that reflect on theater and friendship.

“It tells of our origins, what has marked for better or for worse our neighborhood, our families, teachers, the gestures of grandparents or the tone of voice used by mothers,” explained Fernando Delgado-Hierro, author and actor of the work with Pablo Chaves, also an actor and creator of this piece.

“It is a journey to what remains in the body itself: the gestures, the tones, the postures,” added Pablo Chaves, who assures that doing this work has been like “doing theater again at the age of fifteen”.

Mixed feelings appear, “for example that grandmother who has spent all the time with you, who takes care of you and who sings her face to the sun,” says Delgado-Hierro.

“The show is not a settling of accounts”, has assured the director Juan Ceacero, who points out that the work moves in the archeology of memory, “a local imaginary, but also very Spanish in which it appears since Holy Week, the Seville fair or Christmas Eve, great ‘hits’ of the land, as well as the first loves “.

It is a trip to theatricality, it is a kind of catalog that is seen of everything, “the use of hyperbole allows one to get closer to the truth of the root”, has detailed Ceacero, who recognizes that “it is humor that has allowed us to show the most tragic things, the cruel things come with a smile “.

For Ceacero, “Los Remedios” is a work with an amateur character, “as if it were from high school”, a heterogeneous mixture of scenic languages: from more realistic approaches, “passing through imitation, the grotesque, exaggeration”, until reaching to codes more typical of contemporary or performative theater where the actor’s body could acquire a more radical expressiveness, “as if it were a way of the cross.”

This work is a creation of La_Compañía exlímite, which was born in 2018 in the Madrid neighborhood of Usera with the aim of “developing a theater of collaborative creation, risky, committed and with a clear contemporary vocation”, concluded Ceacero.