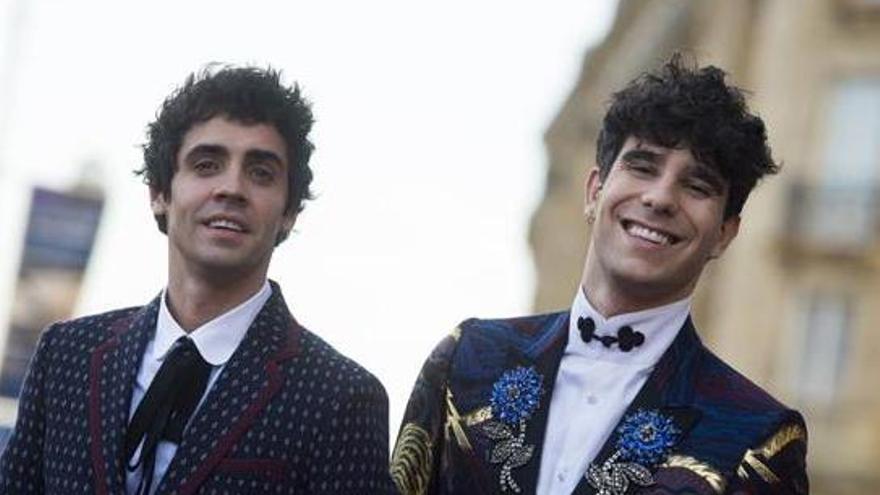 Since Javier Ambrossi and Javier Calvo will premiere in 2016 the series “Paquita Salas “, the character of the “most charismatic” actress representative became an icon and at this time “everyone” asked them to know more about her. That is the germ of “Survivor”, the literary debut of ‘the Javis’.

“Everyone asks us to know more about Paquita, they love it as much as we do. Now we are with other professional projects and we have not been able to do a new season, so we give people their dose of Paquita with this book about her memories, “says Javier Ambrossi in a talk with the Efe Agency.

At the same time they assure that “there will be Paquita Salas for a while” and that they would love to continue doing seasons of the series or even a movie in which “he tells all those experiences that appear in the book”, from childhood memories in Navarrete to professional beginnings in Barcelona in the eighties, or the challenge of starting the 360º actress agency.

“In fact, I would love to see Paquita living the COVID era, with the mask on, complaining all the time, taking the PCR test with the stick through her nose,” they say with laughter.

Under the title “Survivor“(Ediciones B) – how could it be otherwise, since she” is the number one survivor in the industry “- Paquita delves into the memories of his life through curiosities and anecdotes the series skipped over or didn’t even mention.

“I have thought that it is time for people to know my story in full. Uncensored. Naked. (€) People do not stop asking key data about my life and about PS Management, such as the discovery of Macarena, how I met Paco Sardinia [Andrés Pajares] or the reason for certain enmities that I have mentioned often. People want to know all this and I have decided that the time has come to draw the curtain and show them what is behind the stage. “This is how Paquita begins her memories.

What the fans do not know is that despite the fact that “Paquita Salas” is a fictional series, many of the secrets that the representative reveals in its pages and in the series have happened in a real way, either to Javis themselves or to your friends from the industry. “Everything is fiction and everything is true. And everything has happened in some other way “, they confess.

One of those stories that inspired the plot of Macarena García with Paquita, in which the actress leaves her representative via email, it has really happened: “This happened to me,” Ambrossi says. I left my representative by mail, the only difference is that it was not spam, because he answered me “.

Also blocking Lidia San José in the filming of “The Secret of Puente Viejo” land it actually happened to Ambrossi, in the series “Imperium”, on Antena 3. “Such was the burden of that day that I said to myself ‘I have to use this for a scene'”.

If there is something that the creators of Paquita like to do, it is to give “little pills” to the followers about their new projects (in fact, they confess that in the end of the “Veneno” series there are also clues about another project). Therefore in the book they have decided to include a crossover between Paquita Salas and La Veneno, the latter still being José Antonio.

On the set of “Long live the bride and groom” (The first appearance of La Veneno on television in 1992 without having started the transition), the representative gave him the best advice they could give him: “Let him act naturally, showing his true self and that everything would be fine.” “Well, in the end, he did win …”, Paquita recalls, referring to the fact that Ortiz ended up discovering who he was and achieved fame.

If there is something that stands out in Paquita’s memoirs, apart from “the gossip of the chousbisnes”, it is the two chapters in the form of a graphic novel that the illustrator Iván García has designed. “She understood perfectly from the beginning everything we wanted to reflect,” they point out.

The book includes as extras from Paquita’s recipes -can’t miss the torreznos- even spam emails, the test to discover the 360º actress that you could carry inside or a game of “Pasapalabra”.

The Javis, immersed in the presentation of Paquita’s memoirs, in finishing assembling the “Veneno” series, filming “Física o Química” and recording a program for Antena 3, do nothing but receive compliments for their latest project. The last one, the nomination for the MIPCOM awards in Cannes for her commitment to the LGTBI + collective. “We are very happy for all the positive things we are receiving,” they conclude.

Tags: javis, Little while, Paquita, Rooms, there will be