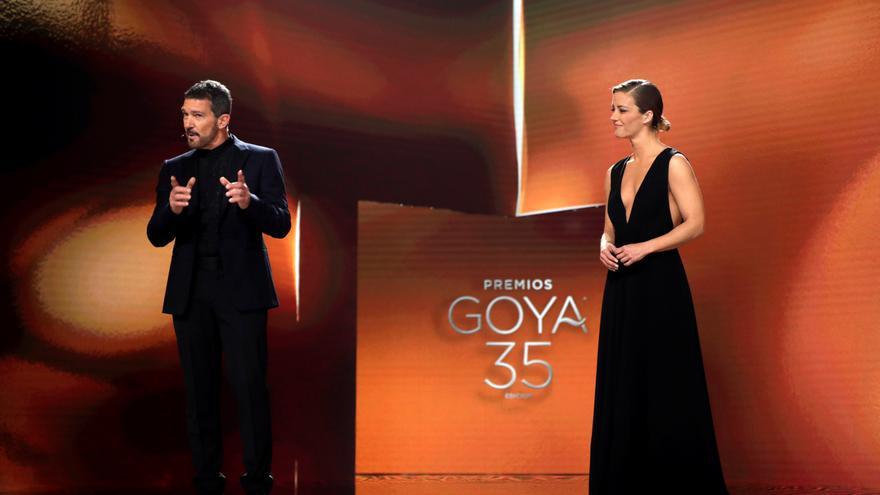 According to the Barlovento Comunicación report, with data from Kantar, the gala was the most watched broadcast of the day and was the leader in its broadcast slot, achieving more than 7 million accumulated audience.

The golden minute was recorded at 10:43 p.m. with more than 2.7 million viewers watching the gala - which represents 15.5% of the screen share - when the nominees for the best fiction short film were announced.

Regarding the profile of the audience, the delivery of the Goya achieves its best records in women, the 13-64 age group and in the regions of Madrid, Andalusia, Murcia and Valencia.

The report explains that the audience for this year's Goya is more than 5 points above the general average of the chain on the day and contributes 34% of the result of La 1 on the day.