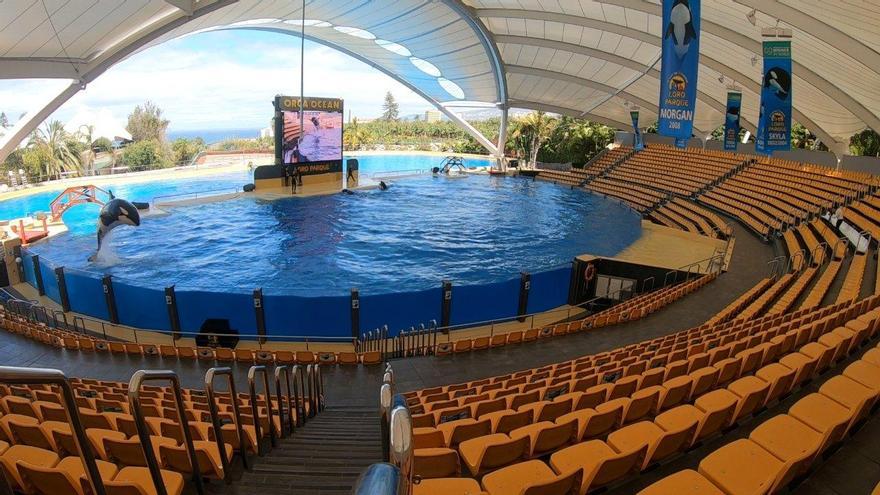 Almost at the gates of Christmas and about to close a turbulent 2020, Parrot park celebrates today, Thursday, December 17, its 48th anniversary, in a year in which, despite the serious global crisis caused by COVID-19, has continued to reinforce his love and commitment to nature and animals.

Thus, after closing on March 15, the Park has witnessed numerous births, as is customary in its facilities, and has obtained important results in its projects of investigation and conservation, which have not been slowed down despite the circumstances.

Loro Parque began its journey in 1972 with only 25 people, 150 parrots and a space of 13,000 square meters. From then until today, and after a history of many challenges, the Park has become one of the most respected zoological institutions in the world, both for its beauty, as well as for the excellence of its facilities and absolute respect for nature.

In all its history, since it first opened on a rainy December 17, 48 years ago, Loro Parque had never closed its doors and operated 365 days a year. He March, 15th By 2020, after an unprecedented global crisis broke out, it had to close down. What was expected to be 15 days turned into weeks, and weeks into months, without even today there being a clear reopening date.

Faced with this unprecedented situation, Loro Parque started a campaign on its social networks with the hashtag #AtHouseWith ParrotPark, through which he was sharing daily content about the activity that took place in his facilities behind closed doors. There, the animals have continued to receive all the care to ensure their maximum well-being and the staff has continued to work with all the prevention measures recommended by the authorities to stay in good health.

Thus, the official accounts of the Park reinforced its programming so that, from home, all its followers could continue learning about the important work that this center of conservation of the wild life in terms of animal welfare, protection of endangered species, education and awareness.

In recent weeks, a new initiative has delighted its fans: Loro Parque LIVE, live videos in which Rafael Zamora, scientific director of the Loro Parque Fundación, tours the facilities and discovers curiosities and interesting facts about life in the Park. This innovative format is having a great reception and is expected to continue, seasonally, in 2021.

This year, Loro Parque has launched the Exclusive Day Tour, an initiative with which you can get to know the Park behind closed doors in small groups accompanied by a guide, as well as enjoying a delicious lunch at Brunelli’s Steakhouse restaurant. This option continues to be available from Thursday to Monday from 10:00 to 17:15.

Loro Parque closes another year in which it has continued to strengthen its position as a true animal embassy, ​​in which the specimens that live in its facilities act as representatives of their congeners in nature, mostly under some degree of threat according to the International Union for Conservation of Nature (IUCN). Thus, their followers know these animals first-hand and become aware of the dangers they face in the wild, which results in greater protection for wild populations.

A track record of success

Throughout its 48-year history, the Loro Parque Company has achieved numerous recognitions, among which are the Plaque and the Gold Medal for Tourism Merit awarded by the Ministry of Industry, Commerce and Tourism of Spain; the Gold Medal of the Government of the Canary Islands; that of the city of Puerto de la Cruz and that of the Island Council of Tenerife, among other awards. Loro Parque is also the only company in the Canary Islands that has managed to be recognized with the Prince Felipe Award for Business Excellence and has been distinguished as the best zoo in the world by TripAdvisor users in 2017 and 2018.

Also, in 2020, Loro Parque has become the first zoological institution in the world to be self-sufficient with green energy. Thanks to a photovoltaic plant located in Arico, which generates 4.75 MW of energy; to the solar panels installed on the roof of the great Poema del Mar aquarium, with 160 KW, and to a large 4 MW wind turbine recently inaugurated in Gran Canaria, the Park generates more energy than it consumes.

Loro Parque Fundación has wanted to maintain its support to conservation projects with whom he collaborates around the world. The non-profit organization, created by Loro Parque in 1994, has throughout its history allocated 22.8 million dollars to more than 200 conservation projects on five continents and has contributed to saving 10 species of parrots. of extinction.

This work is, today, more important than ever, in a world in which animals suffer serious dangers and threats in the wild, now exacerbated by the COVID-19 pandemic, and need the support and work of animal embassies such as Parrot park.