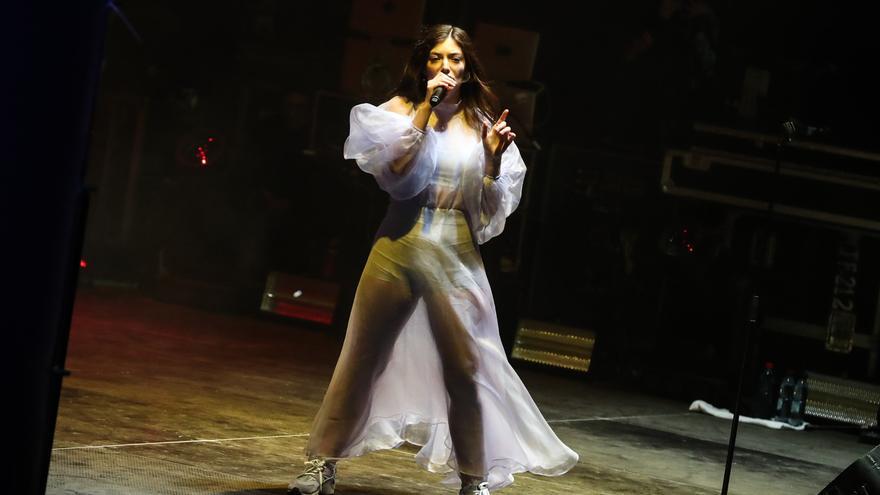 Los Angeles (USA), Jun 10 (EFE) .- After a long period of absence, the singer Lorde premiered by surprise this Thursday "Solar Power", the first song she has published since her acclaimed "Melodrama" of 2017 .

In a statement addressed to her followers, the artist assured that her new album will be titled in the same way and, although she did not say the exact date it will arrive, she defined it as a "summer companion."

For her comeback, Lorde has once again collaborated with Jack Antonoff, the producer of records such as Taylor Swift's "Folklore", winner of the Grammy for Album of the Year; "Norman Fucking Rockwell! By Lana del Rey, nominated for the same award, and" Masseduction, "by St. Vincent.

In "Solar Power", Lorde has abandoned the minimalist electronics that characterized his debut to go for more organic sounds, with acoustic guitars, percussions and arrangements inspired by the 1960s / 70s, which will be the general tone of the new album.

In addition, the first single features the backing vocals of two American indie stars such as Phoebe Bridgers and Clairo.

The New Zealander has played the game with the announcement of her return: first she published the cover of the single without clarifying if it was a song or an album, then she removed that image and after almost 24 hours a new song appeared for a few minutes in the major streaming platforms before being phased out.

But the topic began to leak on social networks and was finally published officially along with a video in which the 24-year-old singer dances on the beach with her friends.

"The album is a celebration of the natural world, an attempt to immortalize the deep and transcendent feelings that I have when I am outdoors," said the artist in a statement.

His previous album, "Melodrama" (2017), is included in the list of the 500 best albums in history produced by Rolling Stone magazine, was considered one of the best works of his year and received the nomination for album of the year at the Grammy Awards. , an award that ultimately went to Bruno Mars' "24K Magic" in a controversial decision that numerous publications called unfair.

Lorde is one of the most enigmatic figures of current pop, because despite his youth and the fact that his two albums so far, "Pure Heroine" (2013) and "Melodrama" (2017), have received critical acclaim. and commercial success, it maintains a very low media profile.

"As I get older I realize that there is something to be said about that pleasant feeling of waiting for something of quality to arrive," he once justified.