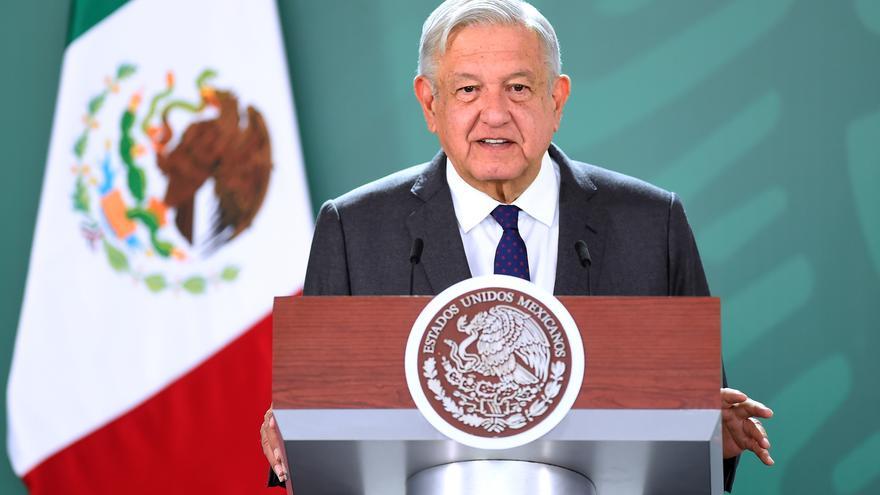 Mexico City, May 17 (EFE) .- The president of Mexico, Andrés Manuel López Obrador, congratulated this Monday the winner of the Miss Universe 2021 contest, the Mexican Andrea Meza, who he said is “the most beautiful” and whose Victoria gave him “a lot of pleasure”.

“Before starting, it fills me with satisfaction to be able to congratulate Andrea Meza who triumphed yesterday. She is the Miss Universe, Mexican,” said the president at the beginning of his morning press conference, which took place in the northern city of Torreón (Coahuila) .

The president stressed that Meza “won by facing other women from other sister countries”, who were “intelligent and beautiful, but Andrea triumphed.”

“She is the most beautiful and we are very pleased. A lot of pleasure,” concluded President López Obrador.

Meza, a 26-year-old software engineer, won the third Miss Universe crown for Mexico on Sunday, after Lupita Jones, who won in 1991, and Ximena Navarrete, who won the title in 2010.

A native of the northern state of Chihuahua, she was ahead of the finalists Miss Brazil, Julia Gama, and Miss Peru, Janick Maceta, in the competition, which took place in the city of Hollywood, located 36 kilometers north of Miami.

Through a statement, the governor of Chihuahua, Javier Corral, congratulated Meza: “In Mexico and, especially in Chihuahua, we feel great joy and pride for your triumph.”

“Thank you for putting up, throughout the world, the name of our State,” he said, “he added.

Also the Secretary of Foreign Relations of Mexico, Marcelo Ebrard, expressed on Twitter his “congratulations” to Meza “for his triumph.”

While the Mexican Secretary of Economy, Tatiana Clouthier, summarized the result with a “Bravo México. #MissUniverso”, which she published on her networks.

Ximena Navarrete, Mexican winner of the contest in 2010, celebrated “this great triumph” of Meza with euphoria on social media.

“What an emotion that the crown returns to Mexico almost 11 years after we had it in 2010. Blessings, love and the best for Andrea in this new stage,” he said.