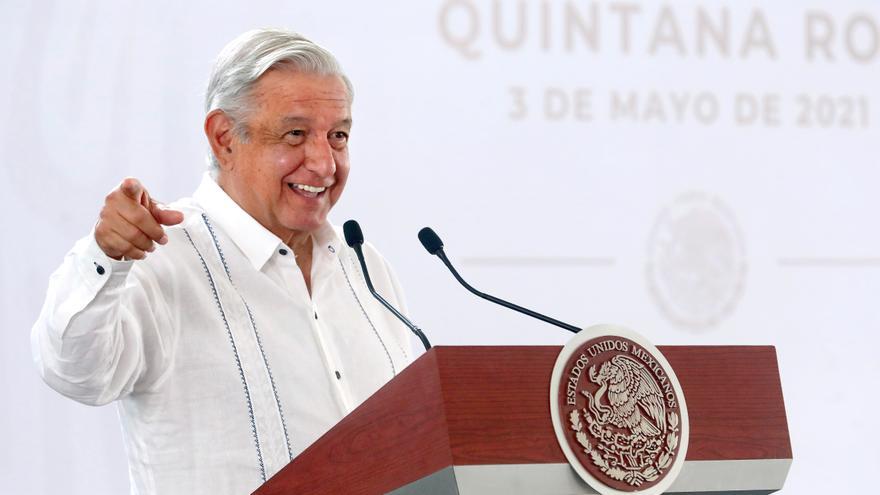 Mexico City, May 3 (EFE) .- The president of Mexico, Andrés Manuel López Obrador, attacked the “conservative” press and foreign correspondents today because they were “spoiled” by previous governments.

On World Press Freedom Day, the Mexican president began criticizing journalists when asked about the concern of the Organization for Economic Cooperation and Development (OECD) about a possible suspension in Mexico of the application of the test standard of the Program for International Student Assessment (PISA).

López Obrador responded that he “believes” that Mexico will continue to participate in these tests, and then attributed this information to the media, both “national and international”, because today there is “a lot of false news.”

He added that even the “most famous” media such as The Washington Post or The New York Times tend “sometimes” to misinform.

“They have no ethics in handling” the information, and maybe their managers “don’t even know it”, but “many times” it is the fault of the correspondents, he added.

“Before they were spoiled, they were filled with attention, privileges. And also all that press also defends groups of vested interests,” said the president.

He insisted on the importance of ending corruption with a play on words: “When are we going to convince the country that it is important to end corruption in Mexico if El País is a bulletin of Spanish companies that were doing their August in Mexico? “.

The president has made this Spanish newspaper the target of his criticism.

A few questions later, López Obrador asked one of the reporters what medium he worked for.

“What newspaper are you from? From the Reforma? Ah, that’s where we would have started,” said the Mexican president, also facing this national media.

He attacked Reforma because he said that today he supports the “oligarchy.”

Mexico is one of the most dangerous countries for the practice of journalism in the world.

In addition, in just over two years of the administration of President Andrés Manuel López Obrador, 17 journalists have been assassinated for reasons possibly related to their work and, according to the organization Reporters Without Borders (RSF), murders against journalists have an impunity of 99% .

Launch of Spanish conceptual art at MACBA with the Tous collection

Ildefonso Falcones, on the bench for defrauding the Treasury 1.4 million euros