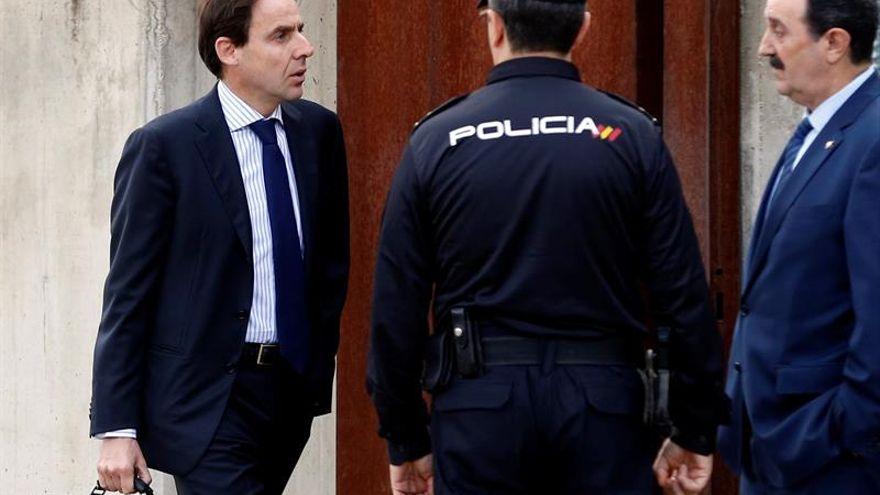 The businessman Javier López Madrid has declared this Monday before the judge in the Villarejo case for allegedly hiring the police to harass and discredit Dr. Elisa Pinto. López Madrid has assured that it was the president of Société Générale in Spain, Donato González, who introduced him to Villarejo but that at no time did he know that he was an active police officer but rather a detective. López Madrid has said that he was “desperate” because of the multiple messages that he and those around him received and that he never paid Villarejo for his services, according to legal sources.

López Madrid is accused in piece 24 of the Tandem case that investigates the participation of public officials in the harassment and aggression of Dr. Pinto. According to López Madrid’s account, who has only agreed to answer the judge, the prosecutor and his lawyer, all Villarejo did was refer him to two policemen, the head of the UCAO at that time, commissioner Enrique García Castaño, and the head of the Judicial Police Brigade in Madrid, Nino Conde. García Castaño defends that he only encouraged the businessman to denounce and Count that one of his Homicide groups was responsible for the complaint of the businessman for the alleged harassment of the woman because there was no other available.

Likewise, Villarejo would have made his partner Rafael Redondo, a lawyer accused of belonging to the commissioner’s criminal organization, available to López Madrid to accompany him to visit the doctor. The woman assures that it was Villarejo himself who appeared in her consultation in the company of López Madrid and that he took the opportunity to warn her that the police were already investigating, as confirmed by a broadcast recording of the meeting.

The businessman has spoken that he also turned to his “friend” David Hatchwell, a businessman in different areas, also security, and former president of the Jewish community in Madrid. elDiario.es has contacted Hatchwell, who has declined to comment. In any case, López Madrid has also said that he did not pay for services to his friend’s companies, according to the sources consulted.

For his part, Donato González is repeatedly mentioned in the Púnica case as a friend of Francisco Granados, with whom López Madrid also had a relationship, as well as with the politician’s partner, David Marjaliza. López Madrid has argued that he could not think that Villarejo was a policeman because he visited him in an office of his intelligence company in the Picasso Tower in Madrid. The commissioner appears in some recordings of the case made in 2017 assuring: “When all this is finished, I will talk to Javierito: put a little bit of money on me that you have put into a hole”.

López Madrid, son-in-law of Juan Miguel Villar Mir, has come with 1,000 pages, according to Europa Press, of the investigation against the doctor in a court in Madrid although part of the Villarejo case is limited to the possible hiring of active police officers by the powerful businessman. Despite the protests of the defense of the doctor, who exercises the private prosecution in this piece, Judge Manuel García-Castellón has left López Madrid to elaborate on his thesis.

Javier López Madrid is one step from the bench in the case of the harassment of the doctor after the head of the Court of Instruction number 39 of Madrid proposed last August to try the businessman and Villarejo. Magistrate Belén Sánchez attributes the crimes of harassment and threats to the businessman and to the policeman one of “injuries with a dangerous instrument” while he was active and was a member of the PP political police.

Last December, the Anticorruption Prosecutor’s Office requested six years in prison for López Madrid in a piece of the Lezo case, which investigates a bite for the concession to OHL of the work of the train to Navalcarnero. The then vice president of the Community of Madrid and the managing director of the Ildefonso Rodríguez Channel shared a 2.5 million bite, according to the Public Ministry. The OHL construction company, led by López Madrid, paid for the project to be modified upwards.