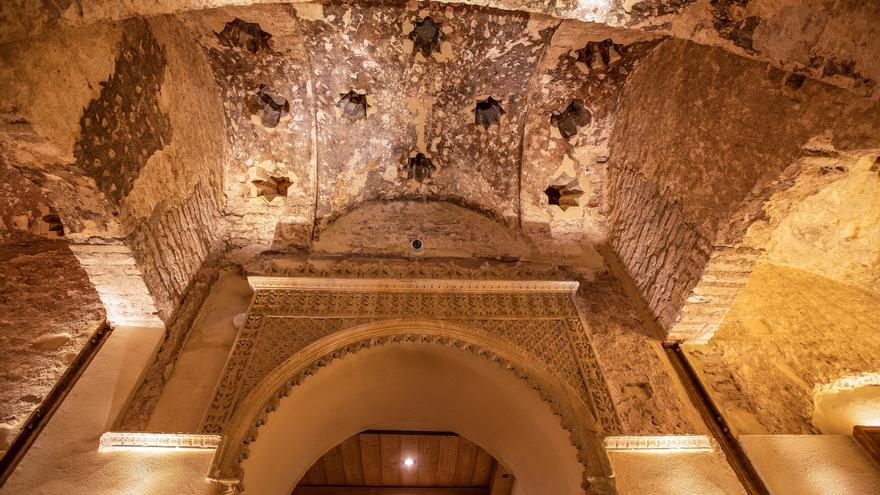 Seville, Mar 6 (EFE) .- Dozens of people have been queuing since this morning to see the remains of the 12th century Almohad haman discovered during the remodeling of a bar in Seville, in open days organized by the establishment to show the finds before opening to the public.

This is a decision taken by the management of the Giralda bar, very close to the Cathedral, given the interest that the find has aroused, since they have been able to recover vaults completely covered with high-quality paintings, unique in Spain, as well like the lights that populated the side walls of the hamán, as one of the owners of the bar, Antonio Castro, has explained to Efe.

To see the findings, the bar opens this Saturday and Sunday from 10 a.m. to 6 p.m., while from next Thursday it is expected to open now to resume its hospitality service.

It is the only Arab bathroom that has reached the present day with an integral decoration, and not only in the baseboards, based on red oil (red pigment) on white, with the typical Islamic lacework and a cloth with geometric decoration that covers the lintel of the door.

This hamán, another testimony of the Arab presence in Spain, was hidden and preserved for more than a century, since at the beginning of the 20th century the building where it is located was the object of a remodeling in order to turn it into a hotel and, then , it was decided to cover it.

Thus it remained hidden until last summer when the Giralda bar undertook reforms, taking advantage of the stoppage in activity caused by the coronavirus pandemic.

It was then that high-quality wall paintings were discovered, much larger than what was expected at first, and dozens of skylights or skylights for the passage of light of different shapes (octagonal, lobed, starry …) and different sizes. .

The facilities – initially made up of a warm room, a cold room and a hot room typical of Arab baths – seem to have been larger, but the widening of the street where they are located subtracted a few meters from the original building.

In addition, part of the sauna has been used as a dining room since the beginning of the 20th century.