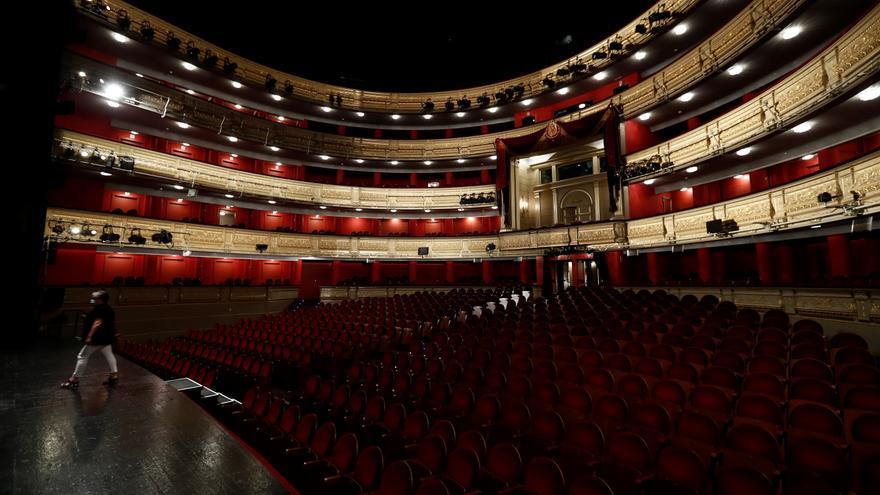 Madrid, Mar 27 (EFE) .- The theater is “life, head and heart”, it invites “to reflect and laugh”, it is “freedom” and totally “addictive”. “We need you to come back” or “thank you for coming” are some of the messages that playwrights and actors send to celebrate World Theater Day this Saturday.

Despite being a sector very affected by the health crisis, which has forced theaters to close, reduce capacity and in which thousands of jobs have been lost, the theater world wants to celebrate this day with optimism and great enthusiasm.

“Unlike last year, most of the theaters are open,” Natalia Menéndez (Madrid, 1967), artistic director of the Spanish Theater and Naves del Español, told Efe.

“The public attends the theater and the artists are on and off the stage, providing creativity,” he added.

The producer and president of the Academy of Performing Arts Jesús Cimarro (Vizcaya, 1965), considers that this anniversary must be celebrated because the performing arts “are life, head and heart”.

An idea to which the actress and director of “El abrazo”, Magüi Mira, adds that from a more poetic perspective, adds that for her World Theater Day is “the day of life.”

When the genome of imagination entered the head of man, “that imagination led us to tell stories and that is theater, that is life,” he says.

If for the director of “Open Doors”, Abel Folk, the theater is also “life”, for the actress Cayetana Guillén Cuervo it is “word”, as well as for her co-star, Ayoub El Hilali: “Words that encourage the soul”.

From the stalls of the Teatro Real, its artistic director, Joan Matabosch (Barcelona, ​​1961), enthusiastically invited the audience to “fill the seats of this or any other theater. We need you to come back.”

Along the same lines, the protagonist of “Antígona”, Irene Arcos, invites “to celebrate this day at the theater”, a “meeting place” for the young playwright Eva Mir (Valencia, 1996).

Fortunately, “it can be celebrated that the theaters are open, that the public is coming to enjoy the artists and that the security measures are working”, points out the director of the National Dramatic Center (CDN), Alfredo Sanzol (Pamplona, ​​1972 ), who hopes and wishes that next year “can be celebrated in another way.”

Characterized as their characters in “La Último Tourné”, Mario Vaquerizo and Alaska have defined the theater as a place of “fantasy” and “a total addiction” that they trust to share with the public.

The actress Eva Llorach (Murcia, 1972) recognizes the “immense luck” she has had to do theater in these times of pandemic and verify the importance of “disconnection and the enjoyment of going to see a play”.

Lluís Homar (Barcelona, ​​1957), director of the National Classical Theater Company, remembers on this day all those who are on both sides of the stage. “There are many who work for a function to go forward and many who are having a very bad time”.

Italian actor Leo Bassi, who is now performing “Yo Mussolini” in Madrid, considers theater as “the triumph of freedom of expression and individualism.”

The actress and director Lola Blasco (Alicante, 1983), interpreter of “Música y Mal”, wishes the public and the world of theater “health and resistance”.

The three protagonists of “Prostitution”, Carmen Machi, Nathalie Poza and Carolina Yuste, also join the celebration of this day.

From the Spanish Theater, one of the oldest in Europe, Elisabet Gelabert, who plays “Millionaire Naples!”, Encourages people to “resist and go to the theater; culture is safe.”

Finally, for his co-star, Roberto Enríquez (Valladolid, 1968), the theater is a safe place “to reflect, to laugh and to get excited. Don’t stop coming.”

By Carmen Martín and Inma Tapia