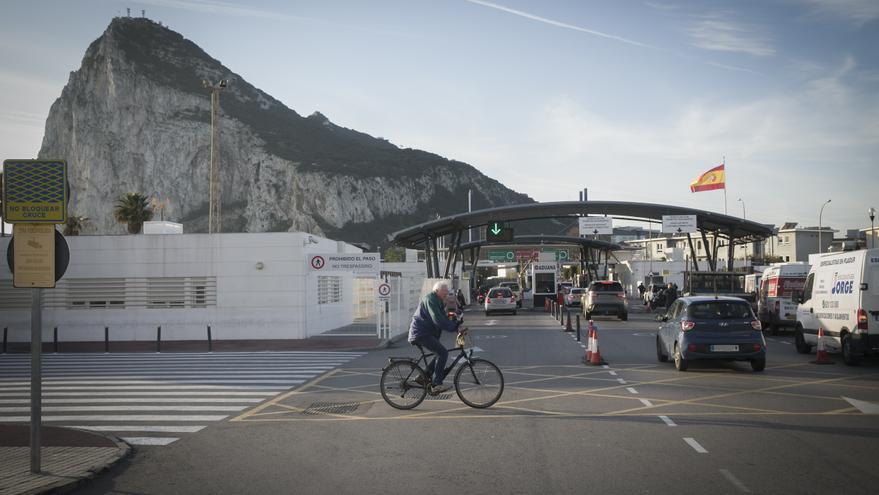 In the midst of the impasse in the negotiations between Great Britain and the European Union, mainly due to the problems arising from the fishing agreement, London and Madrid announced on Monday a system so that the 15,000 cross-border workers who have employment in Gibraltar, are not deprived of their acquired rights.

Diplomatic representatives of Spain and the United Kingdom, responsible for the Government of Gibraltar and the Commonwealth of Municipalities of Campo de Gibraltar had been working on it for two years, when the memorandums of understanding between Spain and the United Kingdom on Gibraltar were signed, to mitigate the impact of Brexit, whose transitional period will end next December 31st.

The agreement affects 15,000 community citizens, including 10,000 Spaniards, who have to cross the Gate daily to go to their jobs on the Rock and who, through this procedure, will be able to make their rights effective as of January 1 2021. The main problem lies in some other thousands of unquantified people who live from the underground economy and not precisely the illicit ones, but in domestic service, the hotel industry and some sectors around which the undocumented subsist.

According to information released by the Ministry of Foreign Affairs, EU and Cooperation, this solution is related to the withdrawal agreement that guaranteed the maintenance of all the labor rights that cross-border workers enjoyed before Brexit under Union law Europe. The specific Protocol on Gibraltar was intended to “reinforce this aspect”.

Precisely this Tuesday, the Government of Gibraltar has published a new Technical Note of which it has been issuing as a roadmap to follow after Brexit in aspects that can affect daily life, work and business, in the Rock. This agreement on the rights accumulated by workers, unemployed or entrepreneurs, who come from the EU, EEA (European Economic Area, which includes Norway, Iceland and Liechtenstein) and Switzerland who work in Gibraltar and live in Spain.

The Withdrawal Agreement signed by the United Kingdom and the European Union – recalls an official note from the Gibraltarian authorities – entered into force in February this year and establishes the rights that British citizens, including Gibraltarians, would retain, working on the other side from the border, in the European Union, and EU citizens working in the UK and Gibraltar. This reciprocity also extends to citizens of the EEA and Switzerland.

“The latest guide clearly establishes that only people registered as cross-border workers as of December 31, 2020 will be able to exercise their rights under the Withdrawal Agreement. A mechanism is also established so that people can check if they are qualified as such as of December 1, 2020, “says the Government of Gibraltar, which is going to launch a web page where said registration can be made and that will be operational that day through the link frontierworkers.egov.gi

Until now, official attempts to carry out a realistic census of these workers have barely had the collaboration of the interested parties themselves, paradoxically fearful that such a measure could adversely affect them or be simply useless.

It is, however, a reciprocal measure between the parties, so it also affects Gibraltarians and other British citizens who reside in Gibraltar but work in Spain and to whom the executive of Fabian Picardo recommends that they familiarize themselves with the registration procedures on this side of the border, so that they can enforce that same agreement.

Reaching an agreement has not been easy and contacts between the parties, even unofficial ones, have abounded. Foreign Affairs has recalled that, on the Spanish side, the Association of Municipalities of Campo de Gibraltar, the Junta de Andalucía and the General State Administration have participated in the meetings. Yesterday, Juan Franco, mayor of La Línea, visited Fabian Picardo at the Gibraltar Government headquarters to discuss these and other issues. Since the Withdrawal Agreement came into force, as pointed out by Foreign Affairs, “the three administrations have negotiated how to apply these rights to those who enter Gibraltar every day to work.” That was the purpose, the memorandum on Citizen Rights, which motivated a meeting in La Línea on October 21, which expanded the contents of two other previous meetings since the lack of definition.

Fluency at the border

The calendar to follow is through the entry into operation of said website and, as of January 1, 2021 and only at the request of the interested parties, if they wish, they may request a letter from the Gibraltar authorities certifying their employment status. In the event that a worker who is outside this registry may present his case to the Gibraltarian authorities in order to seek a possible solution. If one of the critical points of the current negotiations is the fluidity of the border, for now it has been achieved that cross-border workers will be able to prove their identity at any time and when entering Gibraltar with their passport and ID card from Spain or another country of the European Union.

According to the Spanish Ministry of Foreign Affairs, “the parties will continue to meet to analyze any issue that may arise in coordination with the European Commission as guardian of the Treaties of the European Union and their correct application.”

In the case of Gibraltar, cross-border workers who appear as such in said registry, “may, after December 31, 2020, continue to work in Gibraltar and may benefit from the same community rights that they currently enjoy.” For Gibraltar to consider them as cross-border workers covered by the agreement, they must legally work in Gibraltar with an employment contract or self-employed workers who carry out a legal activity in Gibraltar, as the scope of their activity, for which “it will be necessary that the center of interest in the activities of the self-employed worker is located in Gibraltar and is subject to Gibraltar social security legislation ”.

The agreement will also cover people who, having worked for another person or as self-employed in Gibraltar, may retain their status as cross-border workers, as long as the cessation of their activity is related to temporary inability to work as a result of illness or accident, pregnancy or Birth; or they are in a situation of involuntary unemployment, as long as they are registered as such after having enjoyed employment in the Rock, at least for one year. Also those unemployed who have worked at La Roca for less than a year, but may only maintain their status as cross-border workers for a maximum of six months. Under that umbrella also covers the unemployed who are in training or those who have decided to leave their job to improve their training in the labor branch in which they had been hired.

“Cross-border workers covered by the Withdrawal Agreement will be able, beyond December 31, 2020, to continue working in Gibraltar and will be able to benefit from the same community rights that they currently enjoy,” said document states. In practice, this means that skilled cross-border workers will continue to have the same EU-based labor rights that they currently enjoy. This includes the right to non-discrimination, the right to start an activity in Gibraltar and the right to social and tax benefits. Therefore, for example, qualified cross-border workers will maintain the same conditions that have existed until now with regard to unemployment benefits ”.

At the same time, unemployed persons may find protection in said agreement “when, 12 months after leaving work and thereafter, they provide proof that they continue to seek employment or self-employment in Gibraltar”.

In fact, as specified in the Note, the Government of Gibraltar already has a good part of this data, both with regard to cross-border workers and unemployment, through official records.

“Therefore, the Government already has a list of all cross-border workers. The people who will be protected by the terms of the Withdrawal Agreement are those whose names appear on said list as of December 31, 2020 ”.

What will happen to those workers who cannot prove said condition? “Means will be provided so that those people who the system indicates that they are not cross-border workers covered by the terms of the Withdrawal Agreement, can contact the relevant government departments with the aim of correcting their status if they believe they meet the necessary conditions – they report the Gibraltarian authorities. Cross-border workers may, beyond December 31, 2020, appeal a decision adopted by the Government that they consider to be erroneous. ”

“As in the UK, during a grace period from January 1, 2021 to July 1, 2021, the Government of Gibraltar will not impose any new entry conditions for citizens of the EU, EEA or Switzerland (including cross-border workers) can enter Gibraltar. The Government will keep this position under constant review, especially given the current negotiations to establish a new border fluidity regime with the EU ”.

The number of new infections falls to 10,853 and Health adds 294 deaths with COVID in the last day