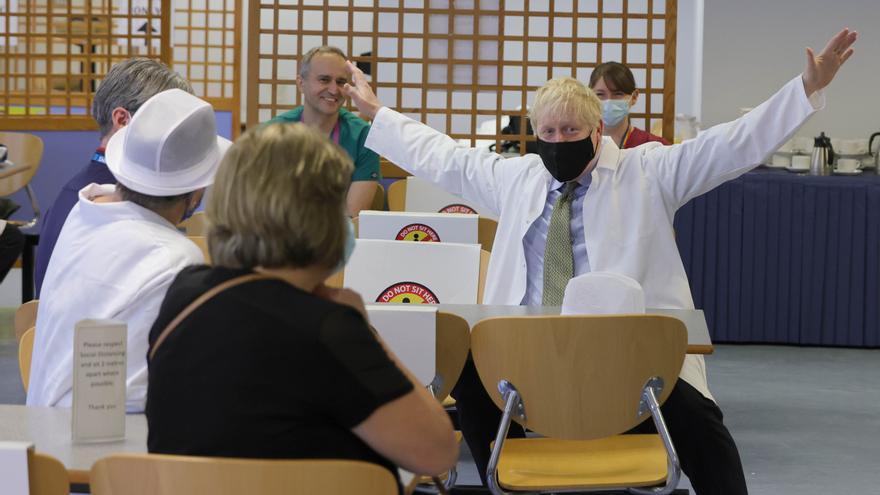 They get up from the table. The bloc of negotiations for a relationship between the European Union and the United Kingdom as of January 1 are so stagnant that negotiators have decided to interrupt the negotiations this Friday afternoon after an intense week in London. This Saturday, the British Prime Minister, Boris Johnson, and the President of the European Commission, Ursula von der Leyen, will try to resuscitate a dying process. And, at this point, anything could happen, although both parties insist on having “worked hard to bridge the differences”, even if they are not succeeding. For the moment, they raise the ball to the political leaders.

“After a week of intense negotiations in London, together with David Frost [negociador jefe británico]”, explained the EU chief negotiator, Michel Barnier,” we have agreed today [por el viernes] the conditions for an agreement are not met due to significant divergences on a level playing field [el célebre level playing field], governance and fisheries. We have agreed to pause the talks to report the status of the negotiations to our superiors. President Von der Leyen and Prime Minister Johnson will discuss the situation tomorrow afternoon [por el sábado]”.

Of course, what Barnier and Frost have achieved has been to agree on the statement:

Thus, the EU negotiating team returns to Brussels this Saturday morning; Von der Leyen and Johnson speak later on Saturday and the 27’s ambassadors to the EU prepare to meet on Sunday to see next steps.

There are four weeks until January 1, 2021 and there is still no agreement. And even if a magic solution emerged and the deal was sanctified by EU leaders at the December 10-11 summit, the European Parliament would still have to meet to give its go-ahead and, more complicated, than the unpredictable The British Parliament did not come as a surprise as it seems increasingly clear that an agreement with the EU will never be compatible with the promises of Brexit advocates for years because his promises were not compatible with the plausibility.

With less than a month to go to the end of the transition period, EU capitals are also increasingly nervous at the prospect of a no-deal and what potential compromise might be possible to avoid such a scenario. The governments, overwhelmed by the blockade of Hungary and Poland to the recovery funds and the budgets for 2021-2027, are beginning to get nervous about the possibility that a hypothetical agreement will arrive too closed with elements that do not convince them: there are countries that defend that a no deal is better than a bad deal with too many concessions to Boris Johnson, even at the risk that on January 1 there will be tariffs on all trade transactions between the EU and the UK, and vice versa.

And, as if that were not enough, the draft reform of the British Internal Market law is still on the table, which rewrites the withdrawal agreement by which the United Kingdom left the EU on January 31, 2020. A law that The EU has taken it to the EU Court of Justice and it has said was incompatible with any agreement with London. Barnier himself insisted on Wednesday to the EU ambassadors that if that law ends up being ratified, the Brexit talks will enter a “crisis” due to the failure of confidence.