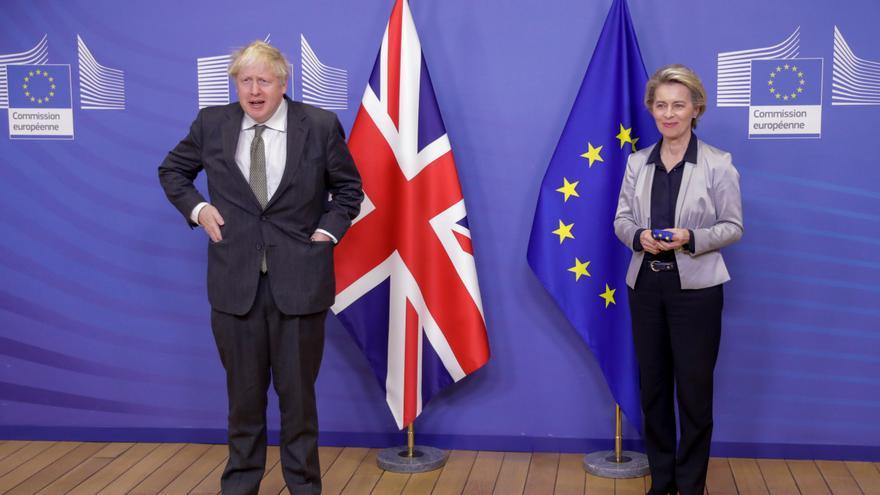 Another kick forward at the evidence of the lack of agreement. One more, since 2016. But this time, it’s short. Just four days. After a three-hour dinner that was supposed to be a turning point in the negotiations for a trade agreement and a future relationship between the EU and the United Kingdom once the British exit from the EU bloc is effective on January 1, 2021, the solution does not seem to be within reach.

Three hours after arriving, shortly after 11pm, the British Prime Minister was leaving the European Commission building. A Downing Street source explained at the end of the meeting: “The Prime Minister and the President of the European Commission have had a frank discussion about the significant obstacles that remain in the negotiations. There are still big differences between the two sides, and not yet. It is clear whether they can be salvaged. The prime minister and the president agreed to continue discussions over the next few days among their negotiating teams. The prime minister does not want to leave any route to a possible deal untested, and have agreed that by Sunday he must make a firm decision about the future of the talks. ”

Unlike the last talks, this time there was no joint communication from London and Brussels.

“We had a lively and interesting discussion on the status of the pending issues,” explained Von der Leyen in a statement released after the meeting: “We clearly understand each other’s positions, which remain very distant. We agreed that the teams should return to meet immediately to try to resolve these essential issues. We will make a decision at the end of the weekend. ”

Johnson arrived in Brussels after sending positive signals after having backed down on something fundamental for the 27 by committing to withdraw the clauses of the Internal Market law that is being processed in the British Parliament that rewrote the Brexit withdrawal agreement, signed by Boris Johnson himself, regarding the Irish protocol.

Despite London’s gesture, the situation is still very delicate. The British prime minister has warned on Tuesday that the negotiations to reach an agreement are being “very, very complicated”, although he relied on his “powers” of persuasion to close a trade agreement with the European Union (EU).

The conservative leader made those statements before traveling to Brussels in the next few days to speak face to face with President Von der Leyen, in an attempt to break out of the stalemate in which the talks are stuck, stuck by the lack of progress on various matters.

London and Brussels agree that there are still significant differences on three issues, such as guarantees to ensure fair competition between British and Community companies, fisheries and the mechanisms to resolve disputes over the future agreement.

“Our friends have to understand that the UK has left the EU in order to exercise democratic control over the way we do things,” Johnson told the media: “There are limits beyond which no sensible and independent government, or a country, it can come and people have to understand it. ”