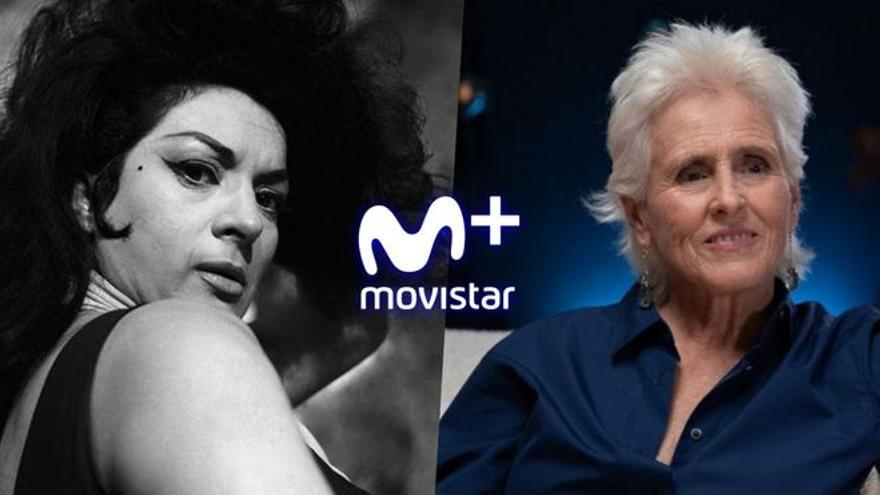 Movistar + opens month with an important arsenal of premieres and comebacks. October will be marked mainly on the payment platform for the premiere of ‘Milá vs Milá’, the new program presented by Mercedes Milá, which will be released on the platform next Wednesday, September 13.

We already have a release date for # MiláVsMilá! 👏

In this space produced by Zanskar (‘Planeta Calleja’, ‘Volando voy’, ‘Scott & Milá’), the presenter returns to the format that made her one of the best journalists in this country: interviews. Every week she will receive emblematic characters from all areas and who already spoke with her in the 70s, 80s or 90s: José María García, Massiel, Manuela Carmena, Lola Herrera, Ramoncín and Joan Manuel Serrat.

Another of the outstanding premieres in this month of October is ‘Lola’. The original four-episode documentary series ‘Lola’ reviews the life and career of Lola Flores through interviews with current family, friends, journalists, researchers and artists, among which are his close friend Juan ‘El Golosina’; his daughters and sister Lolita, Rosario and Carmen Flores and current artists such as Rosalía, C. Tagana, Nathy Peluso, Ara Malikian, La Mala Rodríguez and Miguel Poveda.

‘The footsteps of elBulli’ – Premiere – October 7

This original documentary from Movistar + rIt covers the personal legacy of Ferran Adrià through the day to day, with testimonies and meetings with the elBulli team and elBulli1846 participants, including intimate and everyday moments with his wife Isabel. We will see the universal chef cooking again, in action. It will also make clear not only the gastronomic legacy with the testimonies of colleagues such as José Andrés or Juan Mari Arzak, but also the imprint of his footprint beyond the kitchen with the statements of people from other fields influenced by his ideas in the world of design, art and creativity.

25 years after ‘Wannabe’, this BBC documentary shows how the lives of Victoria, Geri, Emma, ​​Mel B and Mel C have changed, five women who came together at one point in life to devastate, five different versions of how mature while under great media scrutiny.

⚓ XIX century. A whaling ship sets sail for the Arctic with a killer on board. 😱

❄ #Frostblood, a miniseries created by Andrew Haigh (#Looking) and starring Jack O’Connell and a brutal Colin Farrell as a psychopathic harpooner.

Patrick Sumner (Jack O’Connell) is a young surgeon still scarred by the horrors of his experience as a sergeant in the British Army in India. With the idea of ​​hiding from the ghosts of the past, he opts to enlist as a medic aboard the Volunteer, a whaler about to set sail from Yorkshire on an expedition to the icy waters of the Arctic. During the hard voyage, Sumner meets the ship’s official harpooner, Henry Drax (Colin farrell), a cold and ruthless guy who seems to have grounded all sense of morals. In the midst of a hostile environment, surrounded by men in daily struggle for survival, the young and inexperienced Sumner is soon caught on a disastrous journey under the latent threat of a bloody psychopath, with no other outlet than the icy vastness of the ocean.

Robert and Michelle King’s new series (‘The Good Fight’, ‘The Good Wife’, ‘Your Honor’, ‘Evil’) is a satirical drama shot during the pandemic, which mixes comedy with zombie terror. The King’s identity stamp is very clear: connected to the present, situations taken to the extreme of surrealism and a mixture of genres (comedy, horror, zombies, drama…). ‘The Bite’ stars Audra McDonald and Taylor Schilling.

Irreverent drama about a self-destructive clan of stepbrothers fighting for control of the family business: an old summer resort on Nova Scotia’s south shore. “Moonshine” is a Canadian comedy filled with tensions, financial difficulties, crazy tourists, village intrigues, police investigations and a long-buried secret that will threaten to annihilate the Finley-Cullens once and for all. Low blows will become the daily bread of this dysfunctional family that will do whatever it takes so that no one sinks them.

October 15: ‘Take That in concert’

October 27: ‘Misha and the wolves. The great lie’

October 29: ” To all train! Destination Asturias’

What is the series that has ousted ‘The Squid Game’ in the United States?