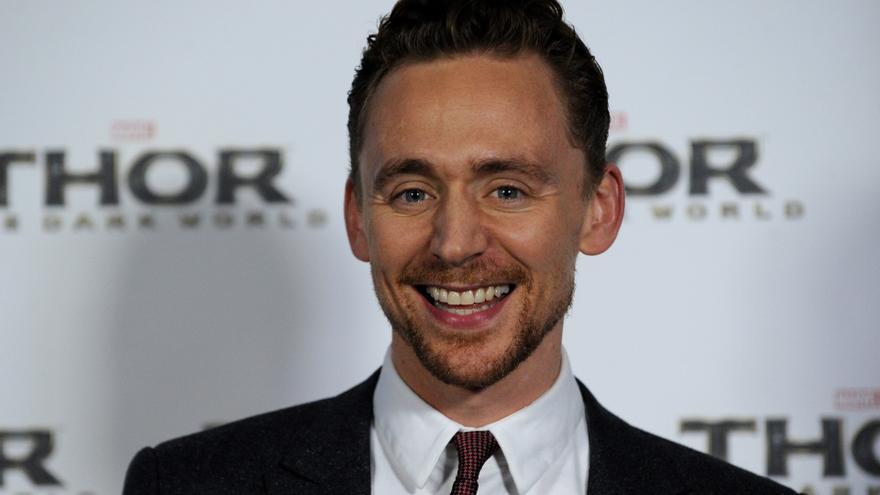 London, Jun 8 (EFE) .- The old fuel tanks of the Tate Modern -electric power station converted into a museum- were turned into a time room this Tuesday during the exclusive preview of the new Disney + and Marvel series, "Loki" , which was attended by the lead actor, Tom Hiddleston.

In Norse mythology, Loki is the god of deception. Adopted son of Odin and stepbrother of the mighty Thor, within the "MCU" (Marvel Cinematic Universe) until now he has been in the shadow of the king of thunder.

He has always been a secondary character, but, at the same time, eager for power. His adventures have been key to the course of the saga, and, despite being a villain, he is a very beloved character among Marvel followers.

“He wants an audience. She is a diva from head to toe. He wants flowers, he wants parades, a monument in the sky with his name engraved on it ”, says Iron Man (Robert Downey Jr) in" The Avengers.

He has finally succeeded, and enormous secrecy surrounded the entire event. Only the assistants - and some paparazzi - knew the location in advance, and before entering, the electronic devices had to be kept in an airtight bag, to avoid any type of leakage.

A hundred guests, including essential workers from the British health service (NHS), gathered at a distance in front of a cubic stage, which was intended to emulate the shape of the prized "tesseract".

It is precisely this artifact that is the cause of the series. Loki dies in "Avengers: Infinity War" after giving it to the evil Thanos, but in the last film of the saga, the group of superheroes travels to 2012 and, in an oversight, Loki takes control of the tesseract and it volatilizes.

The first chapter takes up what happens later and introduces us to the Time Variation Authority (TVA, in English), which, in the style of the Spanish series "El Ministerio del Tiempo", is in charge of controlling that all events continue your course without any mishap.

It is true that the chapter lacks the epic that surrounds Marvel titles to become, at times, a series of detectives with touches of science fiction.

The Norse god of deception becomes a worldly character, stripped of his powers, and Hiddleston together with the signing of Owen Wilson as "Mobius" offer a promising tandem in a series that broadcasts its first chapter this Wednesday.

At the end of the screening, and dressed in an impeccable suit, he made his brief stellar appearance in the Hiddleston room, which he could not avoid immortalizing with several selfies which he claimed was his first social event in more than 15 months.

He admitted to being "very excited" for this rebirth of Loki, a "complex and fun" character to whom this series will give "new dynamics and new adventures."

It was also Hiddleston himself who announced the "surprise" of the evening: the presentation of Sophia Di Martino as a "secret" character in the series, and the screening of the second episode of "Loki", with a higher rhythm and where the main argument about the timelines begins to unfold.

For a villain like Loki, life is a game and time is his console. However, in the series he leaves behind his characteristic horns and his scepter, to show his most human part without losing his charisma, his intelligence and his self-confidence throughout the space-time spectrum.

A decade and several time travels later, Loki seems to have found his place in the labyrinthine plot of Marvel and Hiddleston warns: "Expect the unexpected. Loki always has surprises."