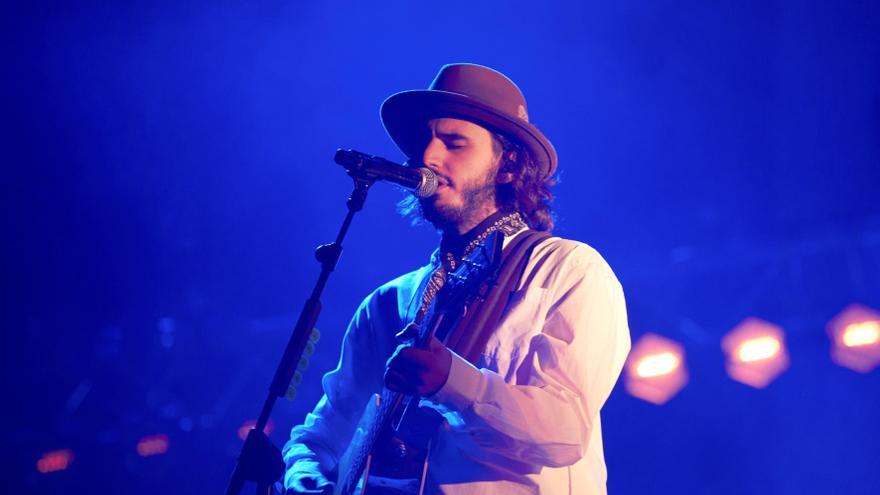 Logroño, Sep 16 (EFE) .- The public that has attended tonight, in the Plaza de Todos de la Ribera de Logroño, the concert of the Colombian group Morat has moved to the rite of their latest album, "Where are we going? ", for almost two hours, in which he has interacted and chanted his songs.

"Where are we going ?," Love with ice "," On air "," There is no more to talk "and" Presiento "have been the first songs that have sounded before an audience delivered from the beginning, which has not stopped clapping your hands and "dancing" without getting up from your seats.

The movement of mobile phone flashlights has been a constant during the concert, in which some of the attendees, all wearing masks, have shown posters with hearts and a Colombian flag.

"The first times", "From zero", "My luck", "Idiot", "Please don't go" and "Fall in love with someone else" have also been some of the songs that have sounded, while the members of Morat counted who have been together since school, when they were five years old.

They have recognized that they really enjoy finding the specific occasion to write about love and that memories are important in their travels.

For this reason, on this tour, they invite a person from the audience to write something on the piano that they play in each concert and, in the case of Logroño, the chosen one has been a young woman who has written "Sofía" with a heart.

It is evident that they enjoy on stage, what they transmit to the concert goers, whom, at one point, they have divided into three groups so that, with different sounds, they will accompany the group in a song to the sound of the drums.

"We are lucky to play for you today" and "we are going to sing like we have not done since the pandemic began", said the members that Morat, who, in addition, have performed songs such as "It simply happens", "Under the table "," I don't deserve to go back "," When love escapes "and" Remember me ".

Guitars and drums have played a leading role in a staging in which light has played an important role in interspersing pop, rock and romantic ballads, styles present in "Where are you going?" published last July.

The final part of the concert was for "Learning to love you", "When nobody sees" and "Kisses of war", although the last two have been among the most popular: "No se va" and "How dare you".

The release to the public of some of the picks that they have used to play their guitars and drumsticks have put an end to the performance with a "see you next time, Logroño, thank you." EFE.