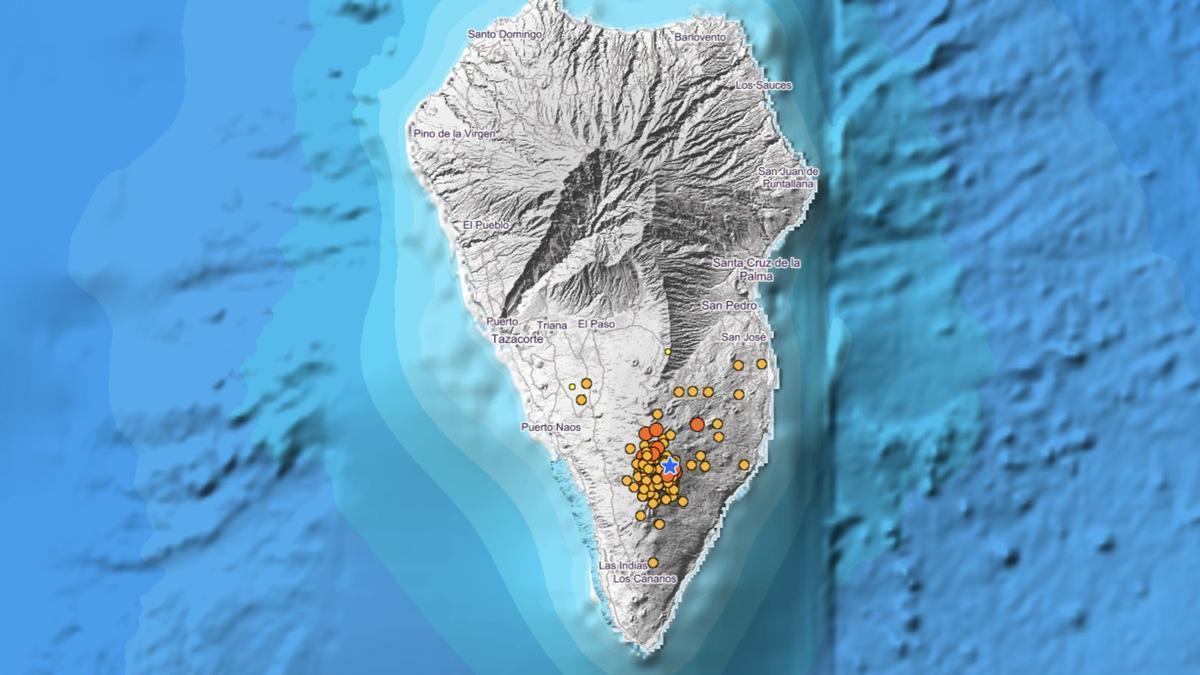 The National Geographic Institute (IGN) has located 18 earthquakes on La Palma since midnight this Wednesday until 09:43 a.m., the most prominent one of magnitude 3.3 in Fuencaliente, eleven kilometers deep at 05.13 a.m. In Fuencaliente they have been registered, until the aforementioned hour, 11; in Villa de Mazo, 5; in Breña Alta, 1; and in Breña Baja, 1.

According to the latest report from the Department of Homeland Security (DSN), seismicity remains low at intermediate depths and very low at depths greater than 20 kilometers; while the level of tremor is at low values ​​and with little variability.

Regarding the eruption, the main contribution of lava flows through the central area and deviates southward, passing the Las Hoyas viewpoint, to the lower island.

The affected area has increased by 27 hectares compared to the last data and is estimated at 1,182 hectares with a maximum width between flows of 3,350 meters; in addition to another 48 hectares of lava deltas.

Likewise, the information provided by the Copernicus satellite figures the damage to infrastructures in 3,039 buildings affected.

For its part, the air quality presents levels between good and regular in all stations and the La Palma airport is operational although the companies suspended flights this Tuesday due to the situation of the ash cloud.