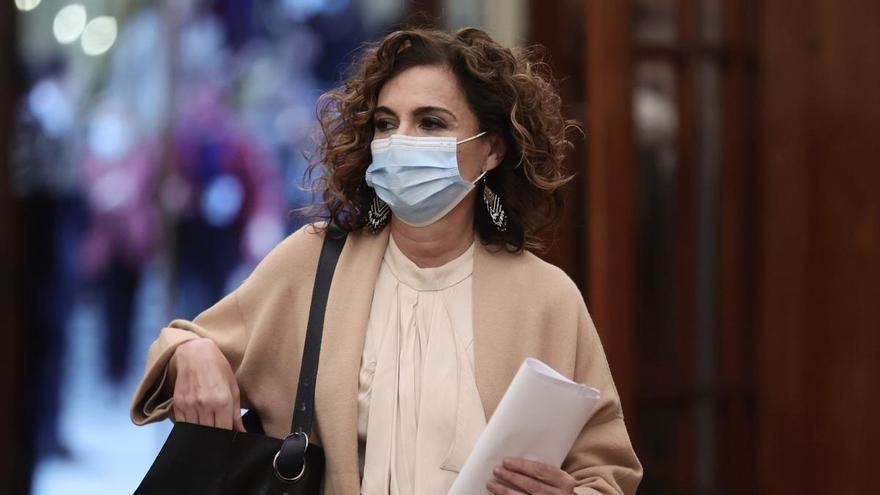 A Constitutional Court ruling blew up last October one of the main financing channels of thousands of Spanish city councils: the capital gains tax. The ruling - the third one against this tax - rendered its calculation method ineffective and forced the Government to draw up against the clock a Royal Decree that reformed its operation. However, local tax inspectors warn that the methodology used prevents prosecuting those taxpayers who did not declare these operations, which will generate "hundreds of millions" of loss of income, according to different inspectors consulted.

Under normal circumstances, inspections can be carried out over the previous four years as this is the period before alleged irregularities are prescribed. In the case of capital gains, the inspectors point out that, with the current wording of the standard, it will not be possible to investigate those operations carried out since 2017 that were not declared or that, with an open process, have not had a final settlement, since retroactivity is not contemplated. In other words, the tax declines as it was until the Constitutional Court ruling, but it is not supplemented in those open cases with the new tax. In this way, the inspectors emphasize, it is not possible to prosecute those who evaded this taxation and who, therefore, breached the rule in force at the time they carried out these operations.

The Constitutional Court ruling last October annulled the tax calculation method, making it inapplicable in practice. The text of the high court made it clear that there was no retroactivity, so those settlements that had already been considered final were not affected by this change. At the same time, he opened another derivative. During the almost two weeks that passed from the sentence until the Government approved the Royal Decree, the capital gains tax did not exist in practice, so it was not applied. At the same time, the door was closed so that taxpayers who did comply with their obligations could claim the municipalities.

The fact that there is no retroactivity, nor has it been contemplated in the Royal Decree, causes, according to the inspectors consulted, that all those citizens who had not declared an operation in which a capital gain had been obtained are already exempt from liability and not any amount can be claimed from them. "It is a disguised tax amnesty," they say from the National Association of Local Public Finance Inspectors. "All the fraudsters are freed from the payment," they insist from this organization. They explain that there are municipalities that are trying, despite this, legal arguments to be able to avoid this barrier, but they assume that it is a practically impossible route.

Although the Royal Decree was validated at the beginning of December in Congress, its parliamentary procedure has not been completed. Government partners endorsed the rule but caused it to be processed as a billTherefore, the rule may vary in the coming months in the Lower House. This means that, although the new capital gains tax is already in force, it may undergo modifications during the negotiations of its processing in Congress.

This open window, the inspectors consulted point out, should serve to correct the hole through which those operations that cannot be investigated slip. The experts consulted point out that only one paragraph that made mention of retroactivity and that applied to those settlements that had not been formalized before the Royal Decree came into force, the new calculation method, would allow local inspectors to avoid these cases. "Our intention is to try to transfer this idea during the processing," they point out from the aforementioned Association. "Otherwise, the fraud would be validated," they point out. Although, they recognize that in the parliamentary procedure the legal framework of this reform is "more complicated" than if it had been carried out since the drafting of the Royal Decree by the Government.

The experts consulted refer to previous drafts in which this alternative was contemplated and even to a reform that already included it. It happened in 2017 in Gipuzkoa when, after the first ruling of the Constitutional Court, it was allowed by means of a paragraph in the reform of the regulation that inspections continue to be carried out on those declarations that did not have a final ruled settlement.

The municipal capital gains tax, which is actually called the Tax on the Increase in the Value of Urban Land, represents the second source of tax revenue for the main municipalities, behind the Real Estate Tax (IBI). It is estimated that the consistories enter around 2,500 million euros thanks to this tax that levies the increase in value of a piece of land between the moment of its acquisition and its sale.

That is why the ruling of the Constitutional Court has been an earthquake for many of these municipalities - it is a voluntary tax and is not applied in all municipalities. It is, however, a controversial figure that has been widely contested by the courts. It was created a few weeks before the PP left Moncloa in 2004 and worked continuously until the first sentence against it was produced in 2017. It was annulled by the Constitution that taxpayers had to pay the tax even when there had been no real capital gain on its sale. A new sentence arrived in 2019. In it, it was annulled that the tax exceeded, on occasions, the real value of the capital gain. The last sentence, from the end of last year, invalidated the calculation method and caused this tribute to be rendered ineffective.

In order to avoid all these problems that the previous tax had generated, the Treasury has had to draft a new rule in which it will not be paid if there is no capital gain and that, in addition, gives taxpayers the ability to choose which calculation option, if on the cadastral value or the real value of the transaction, it comes out more to account. In addition, it includes maximum coefficients that will be applied to calculate the tax and that the municipalities, in their tax ordinances, may reduce if they consider it so. These coefficients are expected to be updated annually, and may be carried out in the General Budgets for each year.

Another issue that will fly over during the processing in Congress of the bill for the reform of the capital gains tax will be that of the fund to compensate city councils for the loss of income. The Executive has ruled out this option on different occasions, but it is a claim of several of its parliamentary partners, such as ERC, which tried to include it in an amendment in the Budgets and later claimed it in the debate to validate the royal decree to reform the tax. This was joined by other formations, such as the PP itself, creator of this tribute and that after the Constitutional ruling has advocated for its elimination, although with compensation from the State to the municipalities for the loss of income. Also the Spanish Federation of Municipalities and Provinces, chaired by the socialist Abel Caballero, has publicly requested the creation of a fund that compensates the councils, given the anticipation that the new tax will collect less than it did to date.