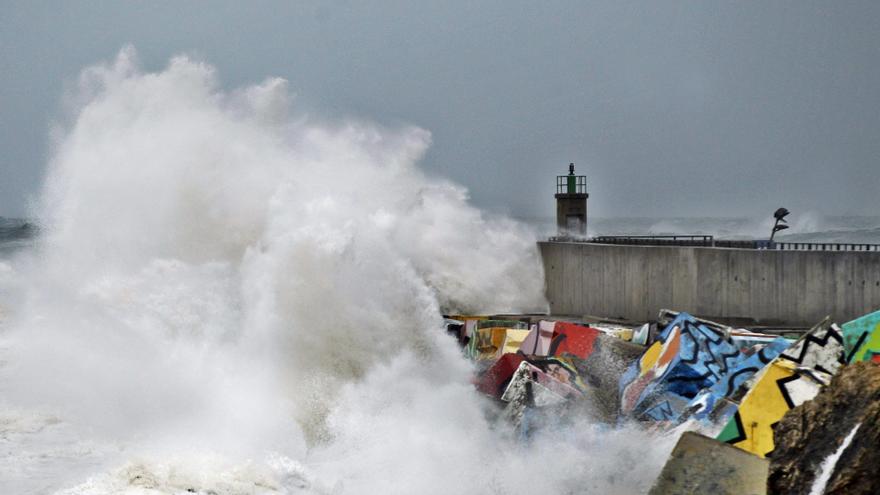 Oviedo, Feb 23 (EFE) .- The Llanes City Council will seek, together with associations of hoteliers, merchants and self-employed from the council, external financing to the municipal coffers to proceed with the restoration of Los Cubos de la Memoria, a work that the Basque artist Agustín Ibarrola started two decades ago on the cement cubes of the seaport breakwater.

The drawings that Ibarrola (Bilbao, 1930) carried out on the breakwater in three phases, between 2001 and 2006, and which became a symbol and tourist resource of this eastern Asturian council, have deteriorated over time. and the action of the sea.

Given their state, the City Council, the tourism associations OTEA Llanes, Allares (Llanisca Restaurant Association) and Llanescor (Llanes Business and Self-Employed Association), which are part of the Council’s Tourism Board, have taken the first steps to proceed with its recovery and outline an action plan that will allow the restoration of the 657 faces of the 236 concrete blocks decorated by Ibarrola.

The restoration plans, as reported by the City Council, have been telematically transferred to the eldest son of the Basque painter and sculptor, José Ibarrola, who has shown himself willing to advise and direct the work to be carried out and who has transferred the “desire to the family of wanting to collaborate altruistically “.

The Llanes City Council, for its part, together with the three associations, will be in charge of the search for external financing to the municipal coffers of the Consistory to pay for the initiative, which will include the participation of local artists and companies. .

Now a report is being drawn up with all the economic and logistical aspects and details necessary to undertake the work that will begin, predictably with the restoration of the first of the three phases that Ibarrola undertook.

Although there is no closed calendar or specific dates to start the project, the Consistory has already contacted the company that supplied all the paint, scaffolding companies and cleaning of the concrete blocks, among others.

“Los Cubos de la Memoria” represented an investment of more than 700,000 euros that were contributed in its day by the City Council, private companies and the Ministry of Development, charged to 1 percent cultural.