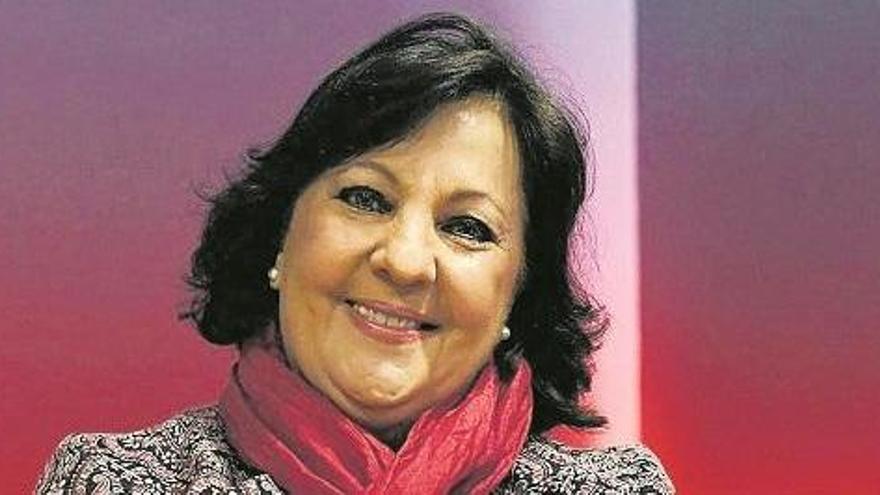 No one doubts that she is the lady of cante Flemish. His voice attracts fans like a magnet and now his audience is in luck to be able to share with Carmen Linares placeholder image her forty years as a soloist on stage, because she started singing as just a child. It was in 1980 when an adventure began with Juan and Pepe Habichuela that has taken her around the world and in which she has made her mark and personality clear, in addition to becoming, almost without knowing it, the vindictive voice of women’s cante. Next Saturday, at 4:00 p.m., the cantaora will offer the best of herself and her career on the stage of the Gran Teatro de Córdoba.

Just when he celebrates his 40 years in singing as a soloist, a worldwide pandemic appears. How are you living the situation on a professional and personal level?

On a professional level, I have had many concert cancellations. In fact, this one in Córdoba was planned before the summer and had to be postponed. I have suffered like everyone else, the performing arts have taken a tremendous hit. On the other hand, on a personal level, with sadness and uncertainty, although I have been fortunate not to go through any personal misfortune. And I sympathize with all those who have suffered in this unreal moment, which does not seem to be happening.

Despite the latest restrictions, his show has been saved in Córdoba, although it will take place at an unusual time. What do you think of the solution?

I think you have to get used to it. Singing at four in the afternoon is also different for me, at eight it’s more my habit. But welcome whatever time it is, we will organize ourselves differently. Really, the quality and delivery is going to be the same and I think people understand that time change and adapt. Citizens have responded in an extraordinary way to this health crisis and with this the same will happen. In Madrid, I have not stopped going to the theater at very different times, with a mask and a lot of protection.

Any time is good for the flamenco duende

Effectively. The concert will be the same and I am very happy to be able to share this celebration in Córdoba.

Four decades on stage go a long way. What has the audience prepared to celebrate?

I have chosen what I think has been the most significant in my career, although it is difficult to select 40-year works and summarize it all in an hour and a half of show. I am going to make a memory of my Anthology: the woman in cante, so that cante jondo is present. It has been a very representative album in my career. I also show the incursion that I have made in great poets, such as Lorca, Juan Ramón Jiménez, Miguel Hernández, etcetera. Poetry, therefore, will also be present. And in addition to the usual group that accompanies me, Rafael Riqueni will be with me, who will replace another teacher, José Antonio Rodríguez, from Cordoba, who is recovering from an injury and will come with me later. With this show I am inviting in each place a guitarist who has accompanied me in my career and Riqueni has performed with me many times and is at a great level, with a mastery and purity that I wanted to have. And Córdoba, a great city of guitarists, was the best choice. As for my usual group, it is made up of a piano, drums and double bass trio, joined by two extraordinary guitars, dance, choirs and clapping. I think people are going to have a great time and we are going to be there giving everything.

You were already the lady of flamenco, but they say that this show elevates you as a legend of jondo art. What do you think of those titles?

They say all this with great affection and respect, and I love that I am considered an artist and that what I have done is recognized. It is a satisfaction, but what those compliments cause is that it makes me even more aware that we must always give everything and, even, take another step and try to make myself worthy of all that. This is an art that you never finish learning, it is a very special music that requires dedicating our entire lives to it and trying to dignify it and take it to the highest possible level.

Was it very difficult to break into the world of flamenco, so male, being a woman in the Spain of the 70s?

I think I have been very lucky because my family never made opposition at a time when it was not very good for a woman to dedicate herself to flamenco. My father played the guitar as an amateur and he has been the person who has helped me the most because he was delighted that I was a cantaora. And I haven’t had any problems with my colleagues either, because in flamenco if a person takes the profession seriously and you go with humility, you are welcomed very well.

You were also not the typical cantaora and you were not very well regarded. Did you have many obstacles?

I’ve always had my audience and they understood more and more what I was doing. I have based myself on cante jondo, I have drank from the roots of cante. From there, I have made inroads into other things. I have sung El Amor Brujo with a symphony orchestra, I have taken Lorca’s songs to the field of flamenco … I have contributed my personality and the way of understanding it to all my work, because that is the way to make it natural and authentic.

The 1996 anthology of women in cante marked a before and after in his career. What led you to do that job?

When I recorded that anthology, I had already made some interesting albums, but no woman had recorded an anthology, and even less dedicated to collecting the cantes that women had created. It was very thorough work, but not an imitation. I did a recreation with my own personality and brought those songs with great guitarists back to my time.

Did you pretend to be a feminist, vindictive, or did you not even consider it?

The truth is that I did not consider it. I thought that those pieces of artists did not need me to recognize anything, but in the end the women felt very identified and grateful. Really, without intending it, it was a job to recognize the work of women in flamenco. If that’s being a feminist, I am.

The Café de Chinitas, a flamenco temple in Madrid where he shared the stage with Camarón or Morente, is an important place in his career. What memory do you keep from those years? Is it also reflected in this show?

How has flamenco changed since then, in addition to being recognized by Unesco?

My generation has fulfilled its mission, we have been very brave incorporating some new things, and we have helped flamenco spread widely. Now the young people are coming and they will have to do their work too. Of course it has changed, the healthy thing is to evolve so as not to die, but it will always be there.

She has been singing since she was a child and very soon she began to win awards. How is this hobby nurtured at that age without having the facilities of today?

The first award I won was on Radio Madrid at age 14, and two years later I won the Cabra contest. When we came to live in Madrid I would go to the Casa de Granada and the Casa de Córdoba to listen to the artists. I was lucky that my father accompanied me. And the records. We had a record player that my mother won in a contest, also from Radio Madrid, and Fosforito, Menese arrived right away …

What does Córdoba mean to you within flamenco? What has this city contributed?

Córdoba is a jewel in flamenco. I have a lot of ties because as a child I used to go to my grandmother’s house in summers, who lived in Las Margaritas. Besides that, I have always been very attached to the fans of the entire province.