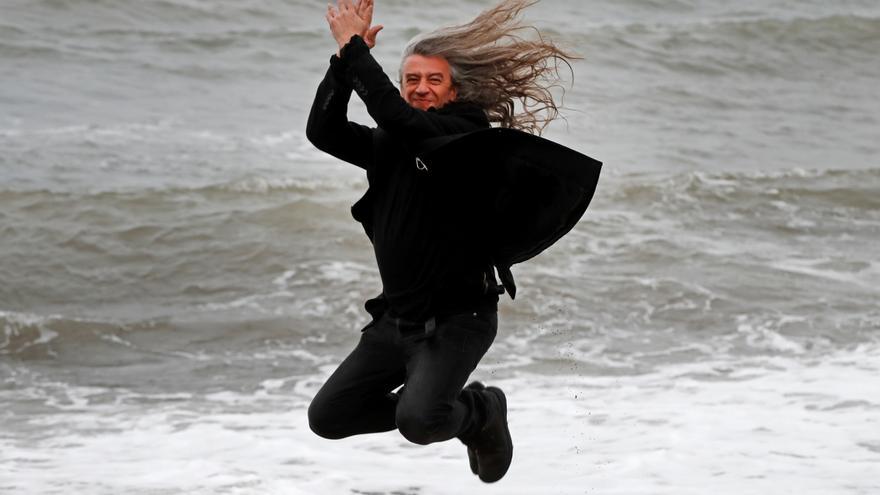 Barcelona, ​​Mar 2 (EFE) .- The musician Gerard Quintana, leader of Sopa de Cabra, has suitcases full of texts written since he was very young, but he did not publish his first novel until after 50, in 2019, and tomorrow he arrives from Again in bookstores with “L’home que va viure dues vegades”, where he has gone to the “deepest” of himself.

Despite the fact that the first readers of this work, with which it won the Ramon Llull Prize for novels in Catalan in January, have said that it has a point of magical realism, its author explained this Tuesday in a meeting with journalists that released, after publishing for the first time, now it is like “having dressed as a miner and having gone to my deepest self, until I found precious stones, which I have tried to be part of the same vein”.

Published by Columna, and on March 10 in Spanish by Planeta, in this story about dreams, second chances and unconditional love, the reader will be shocked in the first pages by an event that occurs on a beach in Ibiza in 1999 and later , you will discover the adventures of Salvador Martí, the son of a man who must fight against destiny after receiving a “poisoned” inheritance from his father.

By the sea, in Barceloneta, Quintana recalled today that as a child he sat at the table in his room and filled pages there, because he wanted to be a writer, but when they asked him what he wanted to be when he grew up, he said that he was an astronaut, because It seemed to him “less pretentious, being as he was the son of a very reader and nephew of an uncle who was the guardian of the treasures.

This man, Pere Rodeja Ponsatí, was the bookseller of Can Geli, the establishment where the family lived and where the writer spent many hours, owing his uncle his love of books.

In fact, the character of Salvador Martí uses the pseudonym Pere Ponsatí to sign the poems he includes in the book.

Gerard Quintana has stated that he wanted to start his second novel at the end, “with a tragic event, tremendously overwhelming”, and that it is based on something that happened to his wife and two children, although the outcome was different.

From here on, he travels until 1989 and 1991 to publicize the adventures of Martí and everything that happens “it no longer matters whether it is real or not, the important thing is that it be credible.”

A game of mirrors and dualities, it also says that in history “there are many layers, beyond being able to tell all the misfortunes, the vital destruction of a character, who, however, manages to overcome it.”

Coinciding with Salvador Martí that “the ultimate reality is poetry, the distillation in which we achieve that there is nothing left over,” he states that in his first novel, “Entre el cel i la terra”, there was more fiction, because here ” I have lived most of what I have written, “advancing that real characters appear and others who are a” Frankenstein “from different people he knows.

At one point in the plot some dart players even appear, drinking whiskey in a bar in Girona, who are very similar to the group of friends in which the writer Javier Cercas was included.

In this descent to the inner mine, Gerard Quintana has asserted that he has ended up creating an artifact that “is pure experience, transformed by the literary filter, which will make many people recognize themselves.”

He also wanted to dedicate the book to “some who have already left and to whom I could not say goodbye, even though one of them pronounced my name when he left, without me being there.”

After his two literary experiences, the singer has revealed that he is starting a third novel with which he plans to go “even further”, since now he feels that he can continue with his childhood dream in a gray Girona, where he was a child shy and withdrawn, wanting to fill out blank pages.