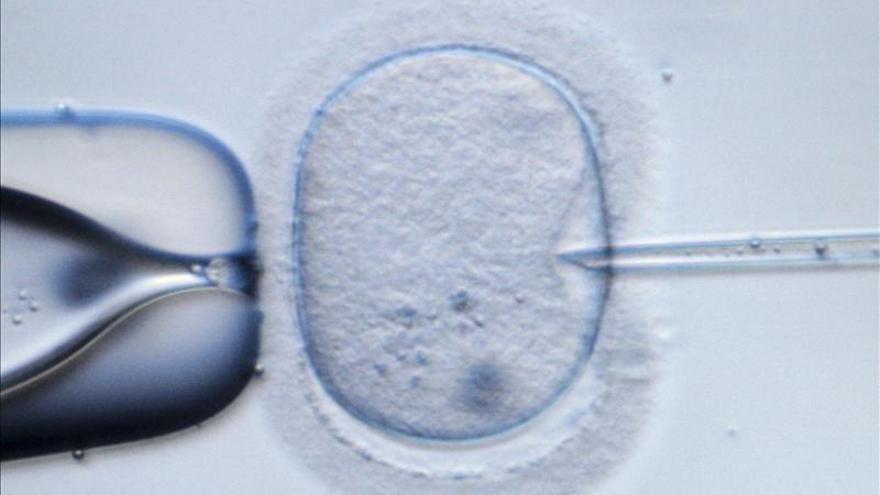 At the end of January, the Government of the Community of Madrid presented a strategy for the protection of maternity and paternity and for the promotion of birth rates and conciliation. The plan has 80 measures already underway or that promise to be developed over the next five years. These also include proposals related to assisted reproduction in public health. The goal, according to Isabel Diaz Ayusois "meeting the demographic challenge".

On the one hand, Isabel Diaz Ayuso has announced that the limit for women to access public assisted reproduction It will gradually increase until the age of 45. This measure is very innovative and, if it ends up being implemented, it will make the region the region with the highest age barrier. Today, according to research published by Civiothe state rule places the maximum age to undergo these treatments at 40 years.

However, this state limit is a minimum requirement, that is, if the regional governments wish to expand the supply of public services, as the Madrid resident has promised, they can do so, since it is within their powers and they would pay for it with their own budgets.

Of course, until now, the Community of Madrid was one of the few regions –along with Galicia and the Basque Country– that chose to scrimp on matters of age. The state rule specifies that the woman could not have reached the age of 40 "at the time of the start of the study." Therefore, the logical interpretation suggests that this beginning coincides with the patient's first appointment.

However, as explained by the Hospital October 12, if a woman living in Madrid reaches the age of 40 between cycles, the treatment is currently interrupted. That is to say, in the region today the state regulation is interpreted very strictly, which expels many people from the public system. And at the moment it is not clear how the new age criterion of 45 will be applied or when it will be officially introduced.

On the other hand, the plan states that "the number of complete attempts goes from 3 to 4 per woman". Although the document does not detail it, this figure refers to the number of maximum fertilization cycles offered in vitro (IVF). At the state level, the limit for artificial insemination attempts is six cycles with donor sperm and four with partner sperm, while IVF is three.

Here the Community of Madrid is not a pioneer, according to the data obtained by Civiowithin the framework of a research of the European data journalism network (EDJNet). The Government of La Rioja already offers four attempts for fertilization cycles invitro, while other communities assume the state minimums and others fail to comply with them in some cases, as is the case in Andalusia, Asturias, the Balearic Islands or Catalonia.

In any case, the measure announced in Madrid can be considered as positive since it offers more possibilities in public for a especially expensive technique, which is not available to everyone: each private IVF treatment can reach 5,000 euros.

Increasing the number of attempts can also be logical by increasing the access age, which is not without its difficulties. And it is that, according to data published from the Hospital October 12the chances of succeeding in fertilization in vitro are reduced over time: they go from 40-50% to 35 years to only 5-10% at 40 years of age.

On the other hand, the increase in public supply, to which women who already have a child in the Community of Madrid will also be able to access, may be accompanied by greater demand, which may further saturate a very weakened system. According to information released by The country In 2019, Madrid hospitals had waiting lists for assisted reproduction units between two and four years old.

Within the Madrid strategy, the so-called Network Fertility Plan promises to establish a common waiting list and guarantee the free choice of hospital. In addition, the document also states that the average delay in patients with normal priority is 60 days. However, these objectives are difficult to achieve considering the starting situation, the need to increase the number of professionals and to invest in more resources.

Dr. Carlos Calhaz-Jorge, president of the European Society for Human Reproduction and Embryology (ESHRE), also warned of this in a interview with Civio. Echoing the situation in his home country, he highlighted the need for more public support and funding. "We have the very limited resources", coincided Dr. Irene Cuevas, coordinator of the Registry of the Spanish Fertility Society (SEF).

Finally, the strategy presented by the Government of Díaz Ayuso also includes several measures on banks where eggs and embryos can be frozen for conservation. Thus, the plan contemplates the reactivation of the Madrid Oocyte Bank, located in the Príncipe de Asturias Hospital in Alcalá de Henares. In addition, it also provides for the strengthening of the Embryo Bank of the Community of Madrid, guaranteeing the custody of embryos without a time limit.

However, the document does not refer at any time to a public sperm bank. This detail is not minor since today, in the Community of Madrid, those who need donated sperm they must pay out of pocket, something that also happens in La Rioja. But nevertheless, the rest of the autonomous communities do cover that expense as part of the treatment, even if they acquire it from external laboratories. With the promises announced in the Community of Madrid, for the time being, the copay for these samples is maintained.