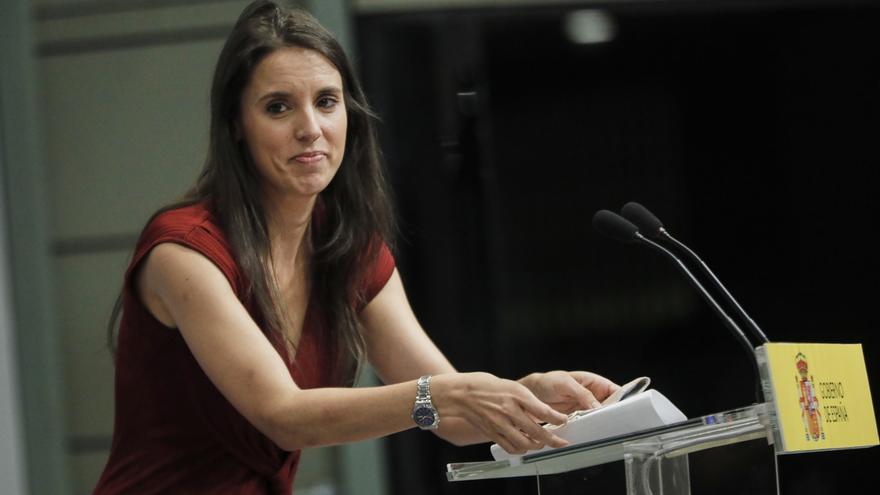 After 10 years of the approval of the Law on Sexual and Reproductive Health and Voluntary Interruption of Pregnancy, the Ministry of Equality is promoting a reflection on this norm; an approach that we should make from a critical spirit, but never polarized if our real purpose is to improve its content and development.

The arrival of this law left behind the law of assumptions of 85 that protected the decision of women and that implied a great legal insecurity. The current norm meant for Spanish women a recognition of their freedom, since for the first time we have legislation that allows women to decide, until week 14, whether or not they want to interrupt their pregnancy without guardianship or explanations. Our current rule also combines this free will period with specific assumptions; in such a way that pregnancy can be interrupted due to fetal or maternal pathology until week 22 and beyond this week due to fetal pathology incompatible with life or extremely serious and incurable disease.

As a consequence of the above, today more than 90% of women access IVE freely and before week 14. The legal security provided by the law and advances in the sanitary practice of abortion make IVE in Spain a safe practice, with a morbidity and mortality rate close to zero. Likewise, the norm has included induced abortion in the portfolio of the National Health System, so this intervention has no cost for women, thanks to a system of consultation between the IVE centers and the autonomous health administrations.

These circumstances have ensured that, during the pandemic, the IVE was declared an essential provision and that women’s access to the centers could be guaranteed, as well as the choice of method, since the woman has the right not only to interrupt her pregnancy, but to choose the technique that best suits your medical and personal circumstances.

But the Law also has pitfalls and challenges still to be overcome. Despite the fact that the vast majority of the almost one hundred thousand women who abort in our country, access the IVE in their territory or near it, the accessibility to the service for some women implies making an unwanted displacement outside their residence, especially in interruptions due to second trimester fetal pathology.

Eight, plus the cities of Ceuta and Melilla, of the 50 Spanish provinces do not perform abortions in their territory. The reasons are diverse. On the one hand, we find ethical conscientious objection, but above all with professional objection, since performing abortions does not add up to the professional trajectory. On the other hand, we collide with a training deficit of the medical and health personnel of Public Health in IVE techniques, since, although the law requires such training, to this day induced abortion is still not a curricular matter in the careers of Medicine or Nursing. Also, at times, the regional health administrations establish agreements based on economic reasons and not medical or logistical motivations.

To face the situations described, some communities resort to performing abortions directly by public centers based solely on the pharmacological method, since this alternative does not require extensive training or involvement of medical personnel. For us, this “solution”, allied with conscientious objection, represents a decline in quality, since we are depriving women of a technique: instrumental, chosen by more than 70% of users in Spain, also reducing , your freedom of choice. As established by the WHO, the two IVE techniques, pharmacological and instrumental, must coexist, are complementary, and must be maintained for the safety, privacy, equality and freedom of women.

The difficulties of access of some migrant women to IVE, linked to the loss of the right to health during the mandate of the Popular, should also be the object of our attention; although we have to point out that these accessibility problems are mainly present in Madrid.

Our daily practice warns us that some women who are forced to interrupt their pregnancy beyond week 22 are facing undue delays, late diagnoses and unacceptable medical journeys before the public clinical committees that have to corroborate the pathology suffered by the patient. fetus, address your diagnoses. We even found that when they do, the criteria with which they deal with fetal pathologies vary between communities. Therefore, we believe that a legal and medical protocol should be established that unifies criteria during the performance of the committees. Protocols that should include the medical consequences of confirmation or rejection of the diagnosis.

The reform of the Popular Party in 2015 eliminated the only legal way for women under the age of 16 and 17 in distress, some 400 a year, to access a safe abortion. From our experience, we can affirm that the majority of these minors are accompanied by their guardians, but one in ten is in family or vital helplessness and cannot count on this support. It is necessary to repeal this reform seeking a legislative change that even surpasses the previous regulations. The health age of majority in our country is set at 16 years, so let’s correct this anomaly and give these young women the responsibility for their health.

Likewise, we believe it is pertinent to eliminate the three-day reflection period that must elapse from the time the woman receives the information until the IVE is carried out, since we believe that it is the woman who must manage her time during the process.

The harassment of women and professionals in the centers by anti-abortion groups is a reality that has revealed a void in the law: the lack of anti-choice anti-harassment regulations. We believe it is essential that, taking French legislation as a model, those behaviors that hinder or impede women’s access to IVE be classified as criminal. Likewise, and in the absence of the specific regulation, we request the establishment of security zones in the centers; in such a way that the privacy of women, their integrity and their right to free movement are guaranteed.

We would not want to stop highlighting an aspect that the regulation introduced and that has not yet been implemented: the development of a Sexual and Reproductive Health strategy that was committed to including sexual education as a curricular subject, consolidating the free contraception and the development of policies focused on vulnerable groups. Measures that would decrease unplanned pregnancies and abortions. The key to a law capable of opening the door to a safe and responsible sexuality.