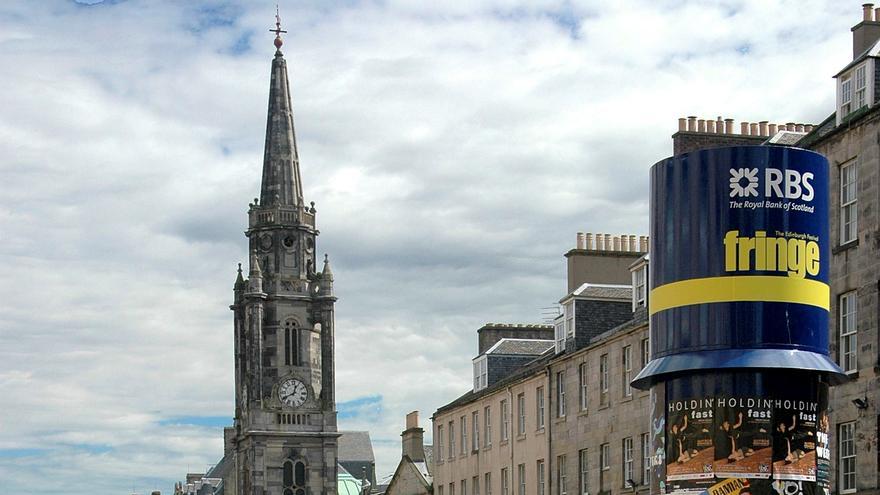 Edinburgh (UK), Aug 7 (EFE) .- The Fringe and the Edinburgh International Festival, the most important international art competitions in Scotland, revitalize the streets of the Scottish capital with their return throughout the month of August after his forced absence last year due to the pandemic.

The festivals return until the 31st, and with them the vitality of the city in this epidemic. “It is going to be a very special and wonderful festival,” Apphia Campbell told EFE, one of the artists who has inaugurated the massive Fringe, which has almost 800 shows scheduled.

The physical and capacity restrictions by the covid imposed by the Scottish Government, which have kept theaters and halls without activity, will disappear completely from next Monday. Although the mask will continue to be necessary indoors, it will not be necessary for dancing, drinking or dining.

The city will also become a movie theater with the outdoor exhibition of films during its film festival (from 18 to 25); It will also celebrate reading with its Book Festival (from 14 to 31) and the Art Festival, until the 29th.

“This year I expect a much more local festival, at a British level,” Daniel Martínez, flamenco guitarist, who presents “Flamenco Fringe”, told Efe in his third participation in this contest.

Travel restrictions mean that both artists and the public are largely Scottish residents, but the management of both festivals does not forget their international sign, facilitating their global access digitally.

This model allows artists like Ana Bayat to participate in the Fringe (“Mimi’s Suitcase” – “Mimi’s suitcase” -) from California, United States. More than 300 plays have registered online for the Fringe, while the EIF offers a free selection of 18 of its shows.

The creation and selection of the shows on the bill are a response to the problems of today’s society.

Sara Shaarawi wrote “Niqabi Ninja”, featured on the EIF program, in 2013 in response “to the testimonies, stories and videos of sexual touching and harassment” of women that occurred during the 2012 protests in Egypt’s Tahrir Square, explained to Efe.

“Although it was written 10 years ago, the subject is still relevant today,” he continued: “Violence and misogyny exist throughout the world, it is really disheartening,” said its creator.

“For All The Love You Lost” – “For all the love you lost” – (Fringe) investigates for its part “mental health problems and anxieties when meeting people today,” said its director, Joshua Thomas, who revealed that “the waiting time (for this Fringe) has been a bit of a nightmare” and that they are “eager to go out and tell the story.”

Daniel Martínez and his cast pick up on that enthusiasm from Joshua. “This festival is taken with enthusiasm, both by the artists and by the audience,” says this one, whose show is “without tickets” for the first two weeks.

Martínez hopes that “Flamenco Fringe” is “like being in our land, in a tablao in Andalusia, that people enjoy it and have a good time, that after all we have suffered, it is the most important thing”.