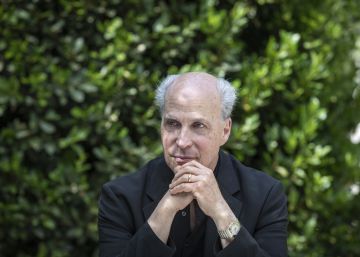 The Kornberg love aphorisms. The father, Arthur Kornberg, who received the Nobel Prize in Medicine in 1959 along with Severo Ochoa, made one of my favorites: "Trust in the universality of biochemistry." It does not seem like a phrase like Tagore, but it has been very useful for cell and evolution scholars, because biochemistry, at least on planet Earth, has a universal logic. The son, Roger Kornberg, who was awarded the Nobel Prize in Chemistry in 2006, give us in Materia a whole collection of aphorisms with the brand of the house, starting with the most comprehensive of all: "Life is only chemical".

Is that a tautology? Of course it will not be for an animist or a Cartesian dualist, because both believe that material things-chemistry-are nothing more than a kind of chassis in charge of holding the soul, the spirit or anything else that can not be understood . But neither is it exactly a tautology for a materialist. A physicist can tell Kornberg: "Of course, life is only chemical, but chemistry is only physical, then life is only physical." And a histologist will tell you instead: "Yes, life is only chemical, but structured chemistry to access a higher level of organization, we call it physiology." Who has the reason? Here is a good exercise for the beach.

Another aphorism from the Kornberg factory: "The brain is a collection of cables and switches". It is again a difficult idea to refute. The cables are the dendrites where one neuron receives the signals of others and the axon where it sends it to the others, and the switch is the neuronal body that transforms the first into the second (or not). Up there well. What a neurologist may argue now is that a single piece of a single cable of a single neuron is already a computer in itself, which in fact, spends the day doing non-linear computations. They are cables, yes, but made with very sophisticated materials, as if our cables consisted of an endless string of computers connected in series.

Another: "When we understand the chemical basis of diseases we can automatically devise chemical strategies to correct them." Naturally, one thing is to conceive a strategy and another is to make it work. There are proteins that would be an optimal target for several types of cancer, but that have resisted for decades the pharmacological attack. And there are genes that are obviously the cause of a deadly disease, but we still do not know how to replace them with their corrected version. Another good topic to think about in summer.

And my favorite: "I've never done anything in less than 20 years". A good reminder in these times of short-term pressures and insistence on applied science.

THE SCIENCE OF THE WEEK It is a space in which Javier Sampedro analyzes scientific news. Subscribe to the newsletter of Matter and you will receive it every Saturday in your email, along with a selection of our best news of the week.