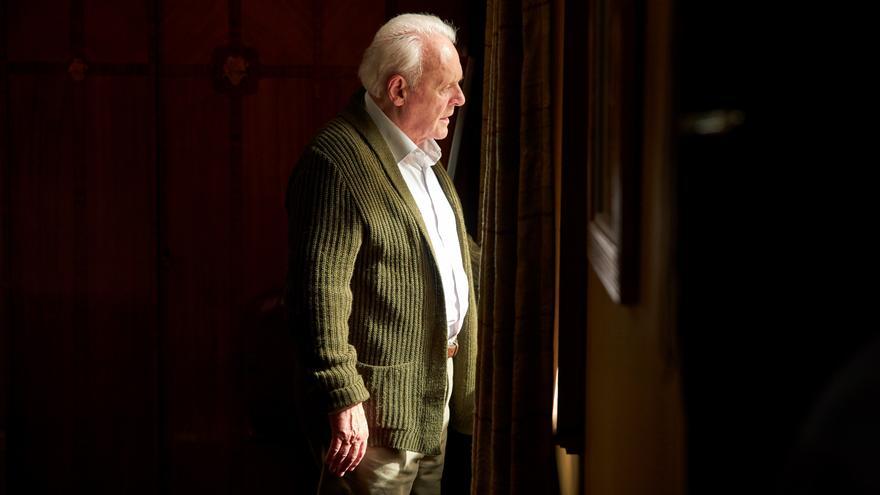 Madrid, Mar 15 (EFE) .- Thirty years after winning his first Oscar for one of the most iconic characters in film history, Hannibal Lecter from “The Silence of the Lambs”, Anthony Hopkins could repeat the statuette with “The father “in a radically opposite and fragile record of a man suffering from senile dementia.

In real life, the Welsh-born actor exhibits a friendly demeanor and excellent humor that contrasts with the turbulence of both characters: he tells anecdotes, recites poems and shoves his audience in his pocket, including Olivia Colman, his co-star and daughter in fiction, turned into one more listener in a telematic interview with various international media.

“Life is absurd, it’s ridiculous, we take everything too seriously,” says 83-year-old Hopkins. “I try to cultivate the art of indifference, not in a sense of coldness, but that the things that a few years ago I thought important now do not seem so to me, we are all going to die and that is the blackest and funniest joke.”

“The father”, premiered in Spain on December 23 and now expanding its presence in theaters ahead of the Oscars -whose nominations are announced today-, is the debut of the French writer and playwright Florian Zeller. His great discovery is that he places the viewer in the mind of the patient, makes him experience his confusion, his anger, his fear.

Hopkins remembers that when he read the script he felt something similar to what happened to him with “The Silence of the Lambs.” He knew instantly that he wanted to. “I met with Florian and said yes, but I had pending the filming of ‘Los dos Papas’ (with Jonathan Pryce and the direction of Fernando Meirelles) and I was really worried that they would not wait for me, but they did,” he says. .

In the case of Hannibal Lecter, Hopkins recalls that when he began to read the script, he asked his agent if the deal was already closed. “He said no and I didn’t want to read any more until I knew, because he was the best character I could have ever dreamed of.”

He says that to keep his brain active he plays the piano, paints or memorizes poems by Dylan Thomas, but when it comes to talking about his merits as an actor or uncovering the secrets of some of the most legendary scenes of his career, he insists on subtracting importance.

“Acting does not require being a genius or a great intellectual effort, there will be people who are interested in making it look like that, but no,” he defends.

“In ‘The Silence of the Lambs’ Jodie came with a coffee in hand, we would stare at each other through a glass wall and blurt out the text. That’s it. We still meet sometimes to eat together and we talk about how funny this is way of making a living. ”

According to Zeller, Hopkins is an instinctive actor. “I am simply old”, replies the interpreter, “I have been active for many years so I know some tricks; the Stanislavski method is wonderful and I practiced it when I was young, but now it is more common sense than anything else”.

“When you reach 83, I don’t know if you’re smarter or stupider, but you certainly don’t waste your time thinking too much about yourself,” he adds. “When it comes to acting, I just do it and that’s it, and with an actress like Olivia, a wonderful director and a good script like this, that’s the most important thing,” he adds in reference to “The father.”

However, at another point in the interview he confesses that when they were filming, between takes, he would stand in front of a mirror and repeat to himself: ‘This is just a game, okay? I don’t have dementia, I’m acting, I’m acting. ‘

“You have to be careful with the message that you transfer to your subconscious because it can be believed,” he explains. “I remind my brain of things. When it tells me that my memory is failing or that I am getting older, I say no, that I am still young and strong, and the brain believes it, it really works.”

Nor does he practice looking back too much. “My past seems like a dream to me, I feel like I can’t be responsible for anything, I don’t know why I became an actor, I don’t remember, I tend to think that everything has been a solipsism, that my parents never existed, they are only memories” .

His father died more than 40 years ago from heart disease. “He was in the hospital and I knew he was dying, that he was not going to leave, but suddenly you see yourself making strange promises; I told him that when he got out I would take him on a car trip from New York to Los Angeles and a few days later I went to see him and he was sitting there with a road map of the United States, so happy. ”

“It is painful when you know that they are dying but I suppose the only thing you can do is reassure them and let them know that you are there,” he says.

His mother passed away years later. “My wife Stella was with her and to reassure her she told her that when she got to the other side she would meet her husband again. My mother, who was not very religious, answered her: ‘Will it be very expensive?’ He had a great sense of humor at the end. ”