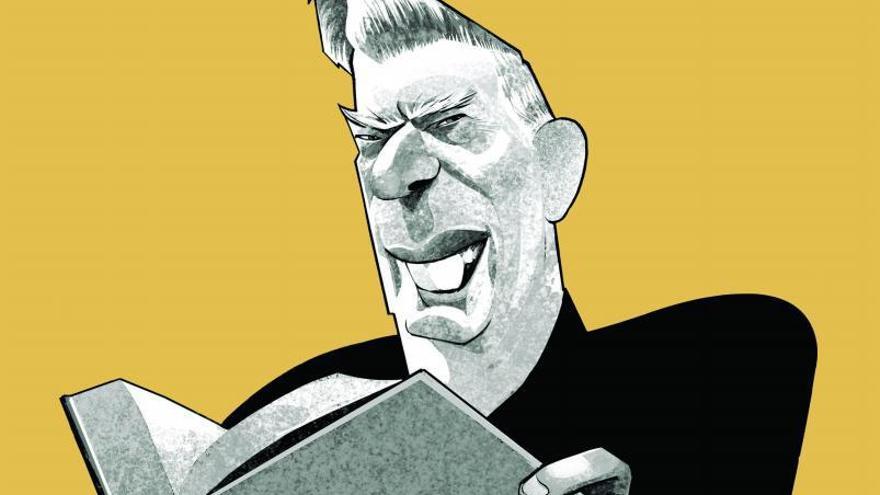 In 2017, the conversations he had in the course on literature and politics that he had taught at Princeton University were published in a book. And now the texts of the lecture series that he delivered in English in 1988 at the University of Syracuse appear in Spanish. At the same time, the Triacastela publishing house has gathered, in two volumes, its opinions on Peru and a long meeting with Fernando Savater on various controversial issues.

In the title we review, Vargas Llosa reflects on the work of a writer and explains each of his first novels. He exposes his conception of literature, rambles about the different genres and from his personal experience he contrasts the job of storyteller with that of journalist or historian. Vargas Llosa’s comfortably fulfilled dream has been to be a professional, full-time, writer above all else. He proudly recalls that he was the first Peruvian writer to earn a living writing. The true writer, he thinks, is absorbed by the uncompromising vocation to write. That mystique is the cause of the nervous insecurity he feels every time he stands before the blank page, which he overcomes by haphazardly blurring the paper, calming anxiety and redirecting the mental hubbub.

For Vargas Llosa, the task begins in a chaos from which the author, little by little, extracts an order. He surrenders in admiration for Borges, whom he considers a perfect writer, but warns that he could not be a novelist because the hegemony of his intellect deprived him of experiencing life in all its dimensions. And literature, the novel above all, is not a mere game. It removes emotions, attitudes, ideas, and produces sensible effects in people’s lives. The great novels, Don Quixote, Moby Dick, War and Peace, are those that in hundreds of pages, the length is important, they contain the totality of the human experience.

For three years, Vargas Llosa relegated his literary dedication to politics. That adventure could not have ended worse, but the truth is that the relationship between both passions is a constant in their journey. Literature or politics? The first is life, as the great Gaziel already said, and the two are dissolved in it. Politics organizes the coexistence of human beings, and with animals, it should be added. Therefore, the antipolitical is a stubborn and useless stubbornness. Literature, for its part, arises from the individual’s need to find their place and make sense of a world that appears huge, chaotic and vertiginous. But the question is tantalizing and it comes back. Literature without politics, Vargas Llosa responds, is not complete, and although it is not the appropriate vehicle for political discourse, it can help the politician to better express his ideas and bring him closer to the citizen. On the contrary, politics outside the influence of literature remain mere lip service.

Vargas Llosa aspires to capture life with literature, knowing that it is an unattainable goal. Here he invites us to enter the workshop where he manufactures texts that reflect the hazards, contradictions and conflicts of life in a common language, which is nonetheless captivating. And it guides us. It explains the concept of the novel, the techniques of its architecture, its affinities and differences with history, poetry or the newspaper column, the writer’s relationship with the injustices of this world and, finally, the meaning of writing. Once again, Vargas Llosa reveals himself, which does not necessarily mean that he becomes transparent.