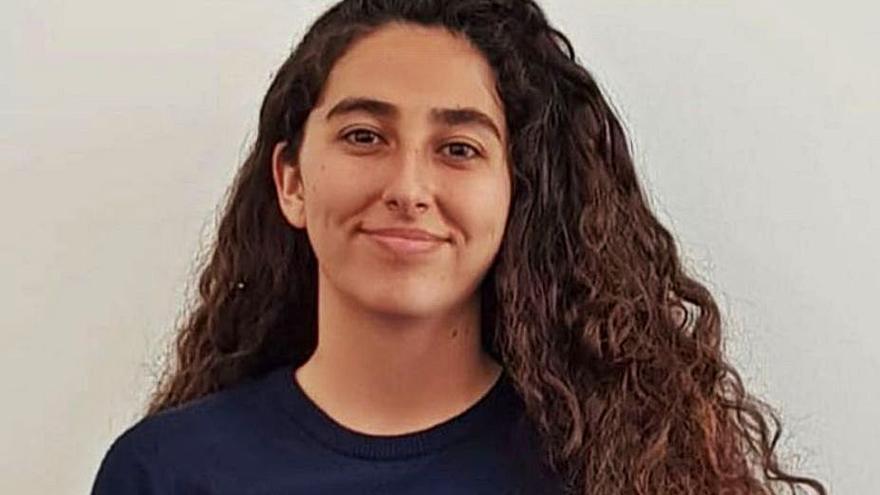 Youhuang Yang studied at IES Támara, in San Fernando de Maspalomas, and obtained a 10, in the four subjects of the general phase of the EBAU, in addition to 10 in his Baccalaureate transcript. The overall score was 13.8 out of 14, a score more than enough to enter the Physics degree at the Autonomous University of Madrid where the second year has just finished with good results. «In general I'm doing very well. I really like the career, it fits the perspectives I had ».

The young man confirms that the training received in the Canary Islands is as good as that of his colleagues from other communities. «I think we all have the same base and have the same difficulties, the subjects that cost the most are everyone, not just me. I have not felt differences with respect to the others in terms of training base ». His attitude towards studies remains the same that led him to achieve the highest grade at the EBAU, perseverance at work, in fact ensures that the pandemic has not been an obstacle in his studies. "The educational quality has not decreased due to the Covid, although now everything is online, the classes are still good and we learn well."

He has two years of career left, and his next step will be to study a master's degree in another European country, in areas such as materials science nanoscience, and in the future he sees himself working in a private company in the technology sector.

Auxi Rodríguez completed her Bachelor of Humanities studies at the IES Professor Juan Pulido Castro de Telde with an average of 9.89, and also stood out that year at the EBAU with a 10 in the four subjects of the general phase. As she warned two years ago, she entered the double degree of Translation and Interpretation English-French and English-German at the University of Las Palmas de Gran Canaria, a choice that she had very clear since she was little because she has always liked languages. Now the second year is nearing its end and its results are still brilliant. «I have done quite well and I really like the degree, it is true that some subjects more than others, but in general very well».

Her experience at the ULPGC qualifies her as satisfactory. "At first great, then came the Covid and everything changed for the worse, but luckily this year we have been the entire course in person in Translation, so quite well".

Although he still has three years left to finish the double degree, his dream of working in the European Parliament as an interpreter remains as strong as when he was in high school.

Carla Fernández finished Baccalaureate at the Colegio Hispano Inglés, in the capital of Gran Canaria with a record of 10 and at the EBAU she got a 10 in three subjects and a 9.9 in Mathematics. His dream then was to study biotechnology, and this is what he is currently doing at the University of Aberdeen in Scotland where he is doing "very well" despite the pandemic. “As I studied in a bilingual school, I already knew the British system and the transition was not so difficult. I really like the way of approaching the study, putting into practice the knowledge that we are acquiring, ”says the young woman who has been surprised by the career for the better.

Once you finish the degree, you would like to focus your future on the world of research, either in the field of health - "with the Covid I find the topic of vaccines very interesting, for example" - or in the environment . At the moment his future is outside of Spain, "perhaps later I will return to my land, but right now there are more opportunities abroad, especially with research."

Carla wanted to send a lot of encouragement to the students who have taken the university entrance exam this year- «Life does not end after the EBAU, there is still a lot to come, and if the exam did not turn out as well as we expected , there are many ways to follow the path, nothing happens, but don't give up, you have to keep studying ”.

An opinion shared by Alberto Rivero García. With a record 10 in baccalaureate at the Polytechnic IES, he obtained in 2019 a 10 in three subjects of the EBAU and a 9.8 in Mathematics. Some notes that have taken him to the University of Seville where he is currently studying the second year of Aerospace Engineering with an average in both courses higher than 8. «You have to work, it is not easy, but when I arrived at the University I noticed that the training The one I came with was very good at tackling the new, I remember that that year they got involved a lot with the EBAU in the Islands, but I had no problem, the training in the Canary Islands that I had is as good as in the Peninsula ».

Although he confesses that the race is different from what he expected in many respects, he assures that he is delighted. "It has a high level of difficulty and I like challenges, and the agenda is very interesting." And he would like to contribute to advances in space technology in the future. «Right now, how is the thing where they catch me when I finish my degree, I am happy, but I entered Aerospace because the space part called me above all, everything related to space missions. I entered the degree looking for that and if I had to choose, I would prefer to work in that sector, although I am really interested in everything that flies ».

Alberto also has a message for students who have just taken the university entrance exams. «I know we are in a pandemic, but the summer after the EBAU is the best, and of course there is life after the EBAU, don't be discouraged, that entering university is a change that can be more or less difficult, depending on from where they get, but one is noticing the progress at the level not only of knowledge but also as a person and it is very satisfactory, "he concluded.