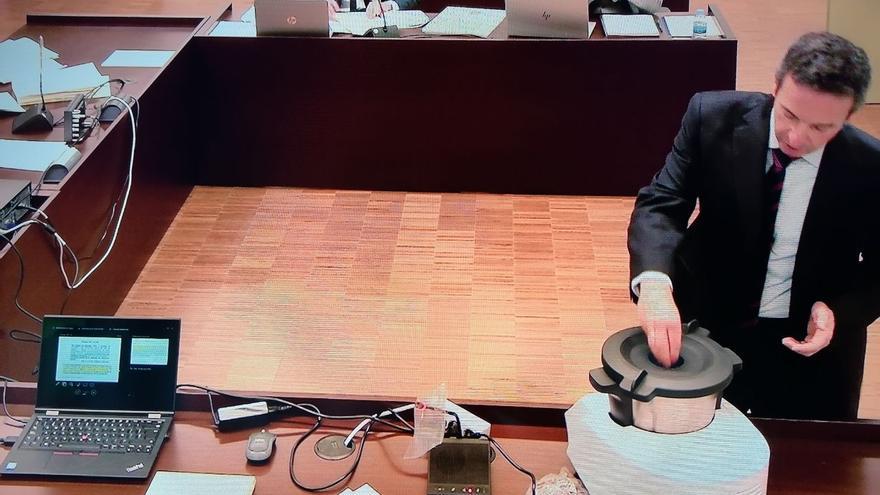 The trial of the Thermomix has been seen for sentence. This Wednesday’s session has served to the experts and lawyers for the two parties in the dispute put all the meat on the grill: while the Vorkwerk group, manufacturer of the Thermomix, has maintained that Lidl infringed its patent with the Monsieur Cuisine kitchen machine, the supermarkets have denied it and accused his opponent to base his thesis on an “illusion to deceive the brains”.

Vorkwek considers that Lidl plagiarized the Thermomix with its Monsieur Cuisine kitchen robot, from the Silvercrest brand. For its part, Lidl alleges that its kitchen robot does not infringe the rights of Thermomix, and has in fact formulated a counterclaim for the judge to annul Vorkwek’s patent for “lack of novelty” with respect to similar machines marketed before this one.

The Lidl food processor has similar functions to the Thermomix, and the biggest difference is in the price: it costs up to almost three times less. And money, in addition to cooking, this lawsuit also goes: Thermomix claims compensation from the supermarket equivalent to 10% of the sales of Monsieur Cuisine, a total amount that is not calculated and that will only be established, in case of conviction of Lidl, once the sentence is final.

In its final statements before the commercial judge 5 of Barcelona, ​​the legal representation of Lidl has moved away from the restrained tone used by Vorkwek’s lawyer and has peppered his argumentation of reproaches not only towards the thesis of his rival, but also towards your experts.

The lawsuit is centered on two characteristics of Monsieur Cuisine that Vorkwek sees plagiarized from the Thermomix: the function to weigh the food while the machine itself cooks it and the option to block the blades of the machine when the lid of the machine is unlocked where products are introduced.

The lawyer of Lidl has denied the major and has charged against the arguments of Vorkwek, which he has called “in bad taste” and “illusionism to deceive our brains. According to Lidl’s lawyer, Vorkwek has similar lawsuits against supermarkets on behalf of the Monsieur Cuisine machine in Italy, France and Germany and offers contradictory arguments in each country.

Regarding the function of weighing simultaneously with cooking, Lidl’s lawyer has argued that it is a feature “alien to the patent debate” since, as he explained, in the Vorkwek patent “it does not appear that food can be weighed and shake simultaneously “. “Words are important,” stressed the lawyer.

And regarding the blades and their blocking, Lidl’s lawyer has accused the Vorkwek experts of “simulating” two movements to open the lid of the Thermomix when “the patent does not say that”. In Lidl’s opinion, there is no infringement in the patent because in Monsieur Cuisine, unlike in the Thermomix, it is possible to access the glass that shakes the food of the robot “while the appliance is in operation.

By contrast, Vorkwek’s lawyer has argued that “it is not possible” to remove the lid of the machine and keep it running. “A first turn of the cover turns off the system, and a second turn allows the cover to be unlocked,” he alleged. After hearing the arguments of each party, now the judge has the frying pan (or the food processor) by the handle.